EVERGREY – Don’t Be Afraid Of The Dark 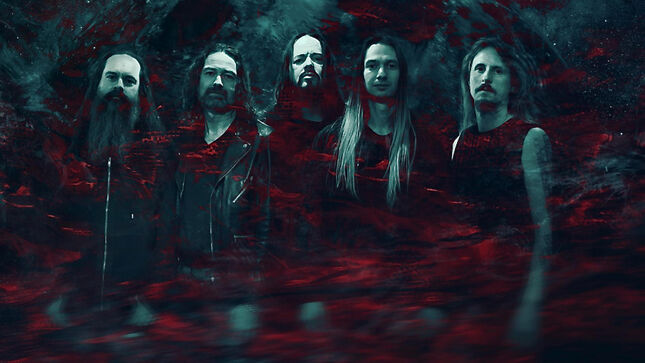 Sweden's Evergrey have a rich history of being misunderstood. This isn't a bad thing, as it has prevented them from being filed away conveniently in a box stamped (insert preferred metal sub-genre here) over the course of their 24-year career. Dig through the band's catalogue of 13 albums and you'll hear everything metal from progressive to power to symphonic to goth, possibly all on the same album. Evergrey's latest offering continues this tradition with A Heartless Portrait (The Orphean Testament), a crushing riff-heavy, brooding, dark yet somehow upbeat (!) offering of ten songs that once again take the listener on a journey. Par for the course if you know your Evergrey. Talk to metalheads outside of the band's fanbase, however, and one often get the impression people have no idea where to put Evergrey in the grand scheme of things.

"That's probably true, and it is a grey area, absolutely," drummer Jonas Ekdahl agrees. "We have so many elements in our music that it's as if we have three bands in one band. That's a strength as far as I'm concerned because we have such a big pallet to draw from when we make music, and we're not afraid to use it. Whether it's super soft piano parts to aggressive, heavy riffing we can do whatever you want, and yeah, when it's not that obvious in the music we play some people have a hard time categorizing it. We probably do confuse some people but it's not intentional. We just like our music that way (laughs). Our goal is just to be true to ourselves and write what we feel at that moment and get it out of our system."

And no matter what the press releases and Wikipedia tell you, don't call Evergrey a progressive metal band.

"Especially if you think about what stands for progressive metal today," says Ekdahl, "because that genre has really progressed, pardon the pun. It's amazing how far that genre has come in the last 10 or 15 years. Those musicians are so skilled with what they do, and we're too lazy to be a progressive band (laughs)." 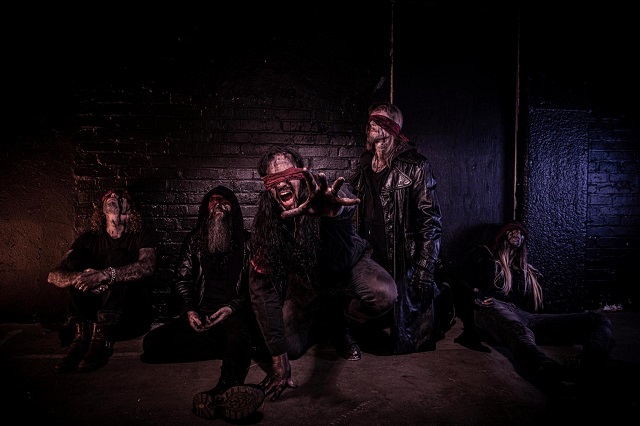 Evergrey is consistent when it comes to releasing quality music, with A Heartless Portrait (The Orphean Testament) following neatly in the footsteps of their previous outings, Escape Of The Phoenix (2021), The Atlantic (2019) and The Storm Within (2016). There's no question the band had set the bar very high for themselves with the last record.

"I would say so, definitely. At the time I wasn't aware of how good it actually was; maybe I felt it. That sounds weird or vague but it's hard to express. I knew we didn't write a bad album; it felt good and it sounded great, so we were very relaxed about the whole thing. At the same time, we worked our asses off. So, I'd say because of how the last album turned out we had even more confidence going in to do the new one."

A Heartless Portrait surfaced little more than a year after Escape Of The Phoenix, which is highly unusual in this day and age for any band. One can, of course, blame a certain global pandemic for leaving Evergrey with more than enough downtime to write new music, but Ekdahl reveals they pushed forward due to an entirely unrelated situation.

"Everything was kind of up in the air because we had just parted ways with AFM, so we needed a new record label. Napalm Records was interested in us and we had heard a lot of good things about them, and they have a lot of great bands on their roster. So really, it was a question of where they can take us and what we can do together. We knew if we went with them we would have to start writing a new record almost immediately, and this was all quite briefly after the release of Escape Of The Phoenix. We had barely landed mentally after writing and releasing that album, so there was the question: 'Do we have another album within us so soon? Do we dare to do this?' We figured we should just go for it and everybody started writing on their own. We met up after two weeks to see what we had all come up with separately, we listened to every idea, and we all had a say on what we liked best."

"This is not a concept album," Ekdahl continues. "These are all stand-alone songs, which is quite nice, but they are connected to Tom since he's the lyricist. He always writes from his point of view, how he's feeling in his life, stuff like that. But everyone contributed to the album with so many good ideas, so we had a problem scaling it down to just ten songs. We agreed that ten songs is a good length for the album, especially with how long some of our songs can get (laughs)."

Englund is often seen as the creative well that Evergrey draws from, yet Englund often cites Ekdahl in interviews as being as hands-on as himself when it comes to songwriting and production.

"Everyone is involved, but Tom and me take on the roles of producers as well," Ekdahl confirms. "We're production nerds and we love fine-tuning the music and going into detail whatever it might be: keyboard sounds, transitions, everything." 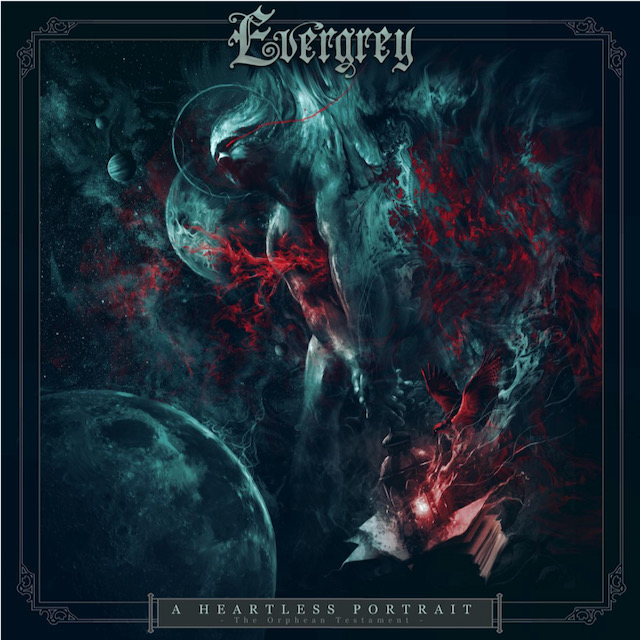 Ekdahl admits the pandemic did play a part in how A Heartless Portrait turned out in the end.

"I would say it was super convenient, actually. I'm in my basement all the time writing anyway, so I just stayed there (laughs). And me and Tom had Zoom sessions where we kept on developing the ideas we already had from everybody else. We were able to work on separate sections of a song simultaneously and we would just mute each other while we worked, then exchange those ideas in the Zoom session. It was a very inspiring and convenient environment because I was writing with my set-up, my plug-ins, while Tom was in his studio ready to go with his equipment. That saved us a lot of time because we didn't have to travel back and forth."

"So many things went a lot smoother than in the past. Tom, for instance, finished all his vocal tracks during the pre-production. He did the final vocal takes while we were still writing the songs, and he went back to change something here or there when it was needed. That was really inspiring when it came down to me and Johan (Niemann) recording the drums and bass in a real studio, having final vocals. It made a huge difference."

From the opening crush of "Save Us" through the emotional close of "Wildfires", A Heartless Portrait is perhaps best described as ten songs of positive darkness. Ekdahl considers that an accurate take.

"I think we're constantly growing as songwriters," he offers. "We like to push ourselves, and it's also nice to feel that you're evolving and progressing as a songwriter when you look back at where you started and where you're heading. Lyrically and vocally, Tom is writing with a focus on strength. He has a brighter approach to the whole thing compared to earlier albums where it was only darkness. He has a different perspective and a positivity to his songwriting. I think it fits well with our sound. It goes hand-in-hand with the other dynamic elements within this band."