To say that Exodus are quite relieved that Slayer is off the road and they can get back on track with guitarist Gary Holt is quite the understatement. Sure, the respect between both bands is undeniable, but to be frank, it’s time for the Bay Area thrash legends to get back to work and continue building on their legacy. It’s been nearly six years (2014) since the return of Exodus singer Steve "Zetro" Souza and the studio album, Blood In, Blood Out, and his vivacious appetite loomed large as BraveWords sat and chatted with him recently.

BraveWords: Well, the biggest news in a long time is that Exodus is Gary Holt’s number one priority now with Slayer retired.

Zetro: “It’s time to move this band forward again, if you know what I mean. It's been a couple years since Blood In, Blood Out came out, so people are asking what's next.  But then Slayer had announced their final tour in 2018, which we knew was going to take pretty much two years and it ended up being two months shy of two years. And we knew it was fucking going to take 22 months to do the world and then to do the world again. Yes why not. Instead of trying to jam a record in that amount of time, I just let him go and gave it our blessing. What are you gonna do? It wouldn’t have made sense to try to fit in a new record while Gary was balancing that.” 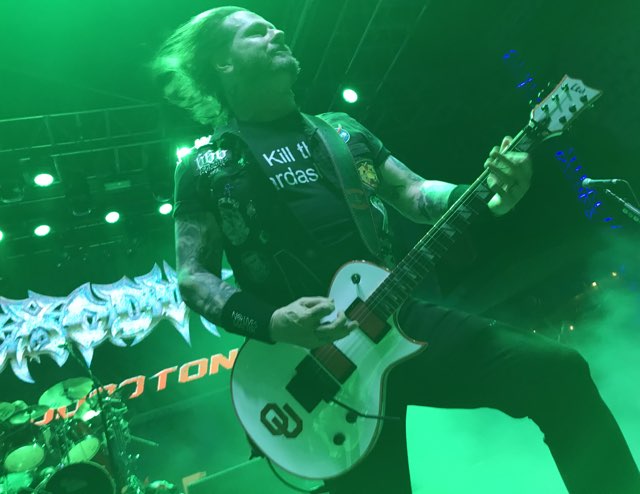 BraveWords: Of course, having your guitar player in Slayer certainly builds the Exodus brand worldwide.

Zetro: “Believe me, you are certainly not telling me something that I do not know. It's the truth, because not everybody who knows Slayer, knows who Exodus is. You would think so, but that's not the case. So we know that, the brand has completely expanded.”

BraveWords: Did you see the final show?

Zetro: “Of course, he's my boy. When he comes into the Bay Area we are there for him. We are tight with all the Slayer guys.”

BraveWords: Was it a sad moment for you watching their exit?

Zetro: “Not for me, be honest with you. I wanted him back where he belongs so that we could continue our career. As sad as I was, because I am the hugest Slayer fan in the world, I was so glad he’s back with us now and we can move forward. What do you think the four of us have been thinking? He's been the main songwriter and the only guy that's been on every record. Musical direction is all Gary, it's all his riffage. Exodus is him so how are we going to do it without him? We can play it with another guy, we can bring another guy in to simulate it. We couldn't do Exodus without Gary, it doesn't make any sense. But this is what we are, this is what we've been since we were little kids. When I met him he was 17 or 18, I was just a fan and friends with Exodus. Baloff was the singer then. But I knew these people.” 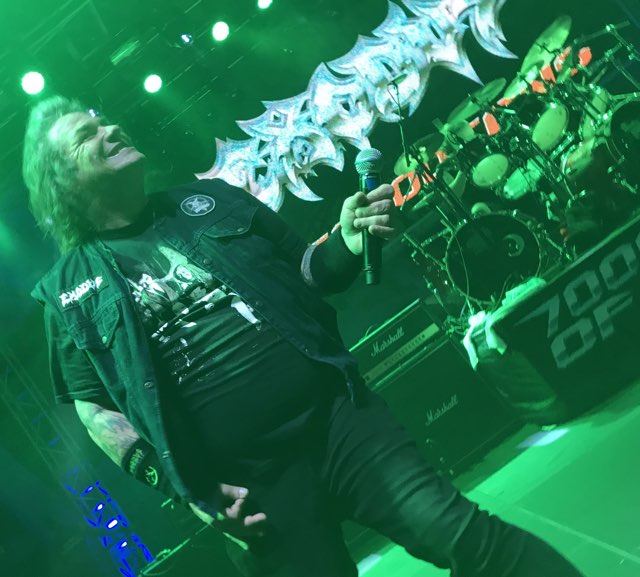 BraveWords: What kind of relationship did you have with Paul Baloff? And what was it like trying to fit into those shoes with everyone saying that was the greatest debut album for thrash?”

Zetro: “Our relationship was great. And it was the greatest debut album in thrash, and how do you follow that up bro? They didn’t fully accept me at first - I was not Bruce Dickinson until after Fabulous Disaster you understand? I was still Paul Di‘Anno. I use that analogy because its a perfect analogy - I was still following Paul’s shoes on Pleasures. But then by Fabulous, I had won them all over, the band was Exodus with me, and there were people who didn’t even know there was another guy. A lot of people said ‘Dude, you look so different on the first record!’ ‘Well, that wasn’t me!’ Paul and me got along great. He knew that it wasn’t me - he said I would have been a fool not to take this job. I didn’t kick him out. I didn’t kick out Rob (Dukes) either.”

BraveWords: And how comfortable are you with doing the full Bonded By Blood?

Zetro: “It’s the greatest. I could do it in my sleep. The vocals are secondary, the vocals come out and I don’t even have to think about what the words are. When I first joined the band in 1986 there was no Pleasures Of The Flesh, there was only Bonded By Blood. We didn’t even have one or two songs from Pleasures Of The Flesh ready to play, we just did Bonded By Blood.” 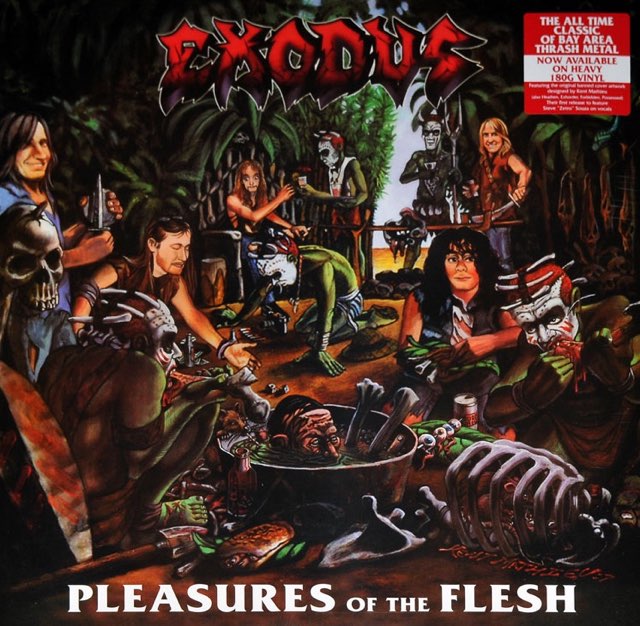 BraveWords: Tell me the back story behind the original artwork for Pleasures Of The Flesh and the censored cannibal scene.

Zetro: “We submitted the artwork and we loved it. The band was growing very big and very fast at that time. There were certain chains and certain stores that wouldn’t accept the album with that artwork, and the label wanted to get that album in those stores. They said the record stores will take it, but Target, this one, that one, they won’t take it because of the cover, and we want this record to be everywhere. Now you can get it from anybody.”

BraveWords: When do you think the record will come out?

Zetro: “I would say fall, but I can’t guarantee that. If everything goes right, probably the fall, if not, it will be recorded this year. Gary has tons of stuff written already, and he’s ready.”