HEADLESS – Thinking Outside The Square 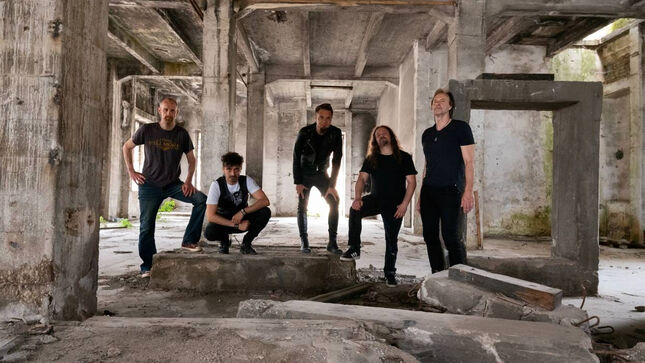 Progressive rockers Headless have released their new album, Square One, on M-Theory Audio. While it’s their fourth full-length album and not necessarily a start, it is a new beginning on a new label along with new bassist Martin Helmantel. Headless, fronted by former Yngwie Malmsteen vocalist Göran Edman, is making waves through the prog scene and the inclusion of the former Elegy member in Helmantel raises their reputation even further.

His addition to the band came by happenstance as he wasn’t seeking anyone to join as he was busy with his own band 7 Miles To Pittsburgh, but the call came and he couldn’t pass the opportunity.

“When I got the call from Sario from Headless, they said they were looking for another bass player cause their bass player moved and they wanted somebody new. So I checked online and I got a message from them and they said ‘We're looking for another bass player.’ And I, first of all, I checked what their credentials were. And they played in Geoff Tate’s band and Headless and both were some of my, some of my favorite singers – Geoff Tate and Göran Edman. So this was interesting, can’t go wrong there. So before joining, I of course wanted to hear their music too. Once I heard their material, I was really happy to be part of it because it’s top notch.”

The songwriting and recordings were mostly finished once Helmantel joined and they were all over the computer, passing files back and forth to each other.

“With 7 Miles To Pittsburgh, we have our own recording studio about 10 miles from my house. They pretty much sent over the songs that were 99 percent ready. So I had the task of filling in my parts, which basically done in our own studio. This is the thing to do nowadays cause it’s a lot easier for people to record their parts.”

The track that will get most people’s attention is the brilliant AC/DC cover of “Two’s Up”. A “deep cut,” the track is from the rockers’ ’88 album Blow Up Your Video. The idea of the song originated from guitarist Walter Cianciusi who is a big fan of the Australians and when Helmental was first sent the song, he didn’t realize it was a cover!

“They sent me the song and I said, ‘It’s got a kind of like an AC/DC vibe,” he laughs. “They said, it’s true, because it is an AC/DC song. The funny thing is it’s on one of those albums where you know a couple of songs, but not that particular one. They managed to make a cool version and Göran did an incredible job singing his part; it’s not an easy task for a singer to do an AC/DC sound.” 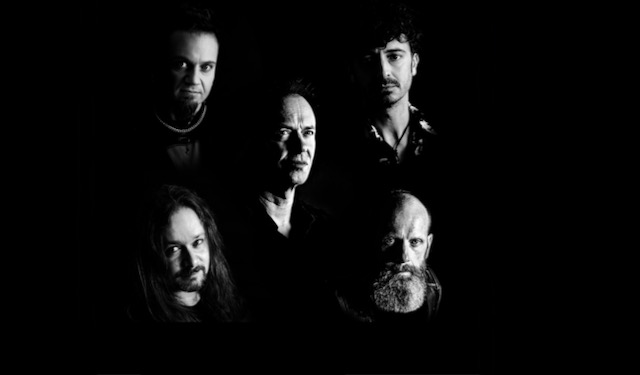 Speaking of Edman, the 65-year-old singer sounds as great as ever by bringing the right amount of attitude to the older songs and a smooth gentleness to the softer cuts.

“He has such a pleasant voice to listen to,” Helmental agrees, “whether it’s singing the more metal songs or the easier songs. It’s very important for the singer to leave his mark on the song and he just makes it flow. Some of the songs are kind of proggy a bit musically, a bit complicated so to speak, but he just makes them easy to the ear and that’s a really good quality for a singer.”

Square One begins in such an odd way with the laidback, lounge type song “A Leaf’s Flight Path”. The easygoing feel of the song was an interesting way to start the record.

The bassist shares his feelings, “That’s what I thought when I heard the running order which was basically left up to the record company. [The band] said, ‘Here’s the ten songs, and you decide the running order.’ So I was quite surprised that it started that way, but it’s a great song. Some bands want to make an impact with the first song by going heavier, but I think it will trigger somebody to listen to the rest of the album. So it’s a good choice.”

The strength of Square One lies in its diversity and unique traits that each track holds without sounding out of place. It flows well throughout the duration of the album without going off track.

As Helmental explains, “All these songs have their own character, their own different vibe and still you can hear the Headless fingerprint on there. I enjoy every song and all the songs are completely different – those are the albums that take a little bit longer to get acquainted with, but they stick with you the longest because it’s so versatile.” 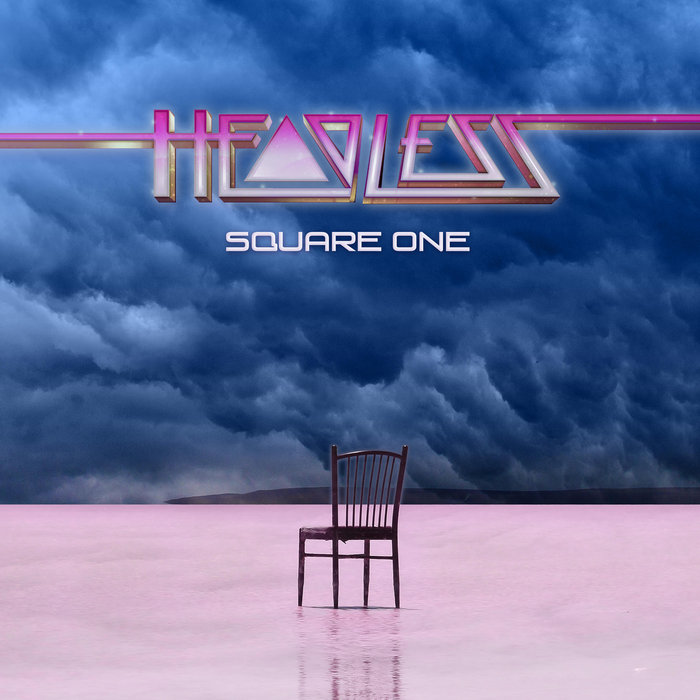 The cover art to Square One is eye-catching due to its simplicity and contrasts with colors. A lonely, dull wooden chair sits in this futuristic, purple-ish landscape.

Helmental was happy to indulge about the title and cover, “I came up with the title Square One. I had a bunch of titles for song titles, more or less album titles maybe. And I had something of a concept and they kind of took it and gave it to their graphic artist. The most important thing about an album cover is that it catches your eye. It stands out a little bit if you know this nowadays, a lot of people come up with these brutal, loud, and they’re all in black covers. It’s kind of difficult, back in the day when you had record stores, there was always this one album cover that would catch your eye even though you didn’t know the artist and it would lure people in to listen to the album. Nowadays, you see it on Spotify and all these digital platforms and they’re like the size of a stamp, so you have to really have something that is different than what’s out there. You have to work with these colors and work with something that people have to look at to really see what’s going on. In that aspect it does the job and stands out, and it’s not your typical metal album cover.”

With regards to standing out, Headless is certainly an attention-grabbing name, but in a metal head’s mind conjures up thoughts of a death metal band more than a prog act.

The bassist laughed at this thought and said, “The funniest thing was there was a comment on our group shot in the black and white with all the heads on there. It was a guy on – I think it was on our Instagram – he said, ‘It’s a lie, they all have heads!’ You have to have a name that catches on. And to be honest, my other band is called 7 Miles To Pittsburgh, which doesn’t make any sense, but at least it’s memorable. You have to come up with something that sticks and you have to make it your own.”

One of the best aspects of becoming a Headless member was the freedom to implement his bass parts as he saw fit. Sometimes he had to change his bass lines, but overall the process was seamless and enjoyable.

“Some of my ideas were completely different from what they had envisioned,” says the musician. “So they would send me a guideline to stick more to what they were thinking, which is fine with me. I can understand being a songwriter myself, if you have a song – you want a specific feel and don’t want that feel changed because of a second guitar part of bass part or whatever.”

Due to current government restrictions and different countries having their own rules, Helmental says Headless wants to play live, but is waiting for the right time.

He elaborates, “Some bands are touring and it turns out mid-tour, some will country will say, ‘You’re not allowed in!’ Or there are certain restrictions and all of a sudden it’s going to be difficult. Hopefully, we’ll be able to sort some things out. I guess we’ll just have to be patient and see what comes up and what is possible and what is not.” 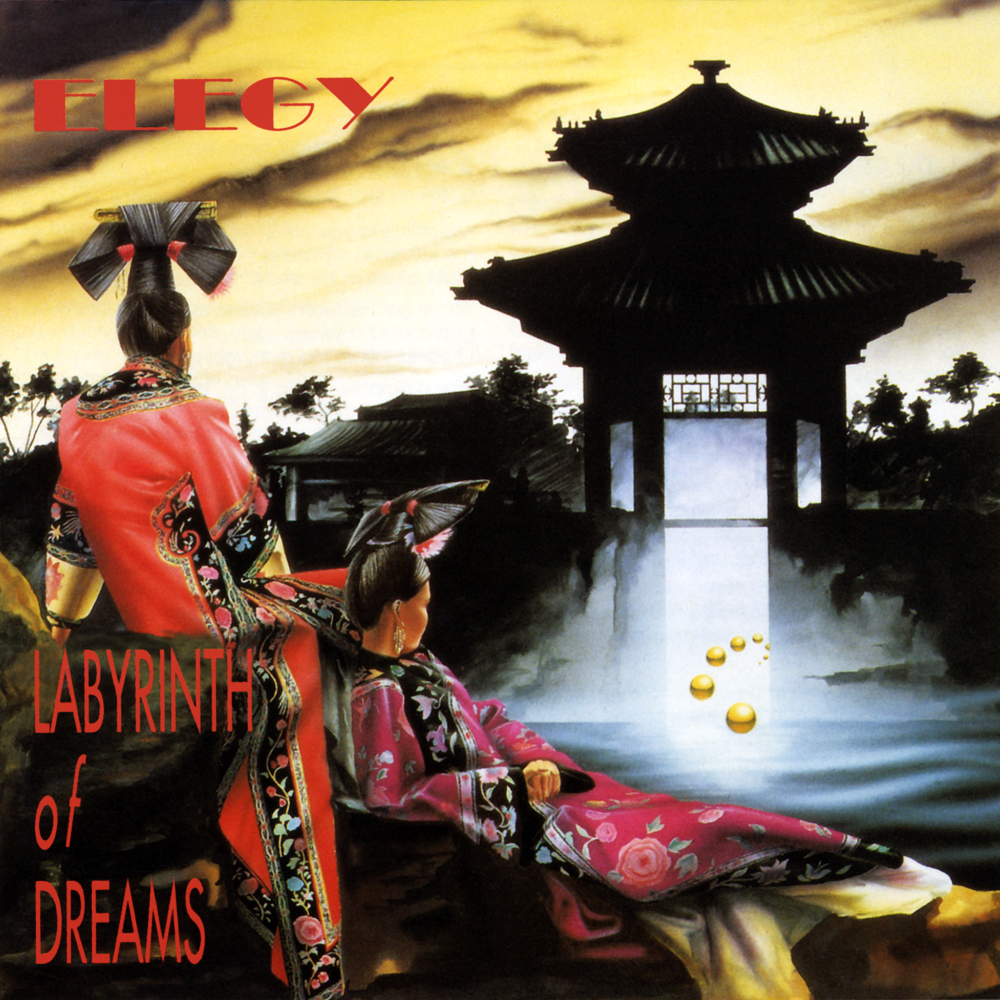 To close the chat, Helmental reminisced about Elegy – the progressive power metal force broke up in 2002 after releasing seven albums – and the fact 2022 will mark 30 years since their debut came out. He was quite surprised to hear it’s been that long already and fans will be intrigued to know there are plans to reissue the old material on vinyl and digital.

“The funny thing is in the last six months we’ve did four new record deals for all the old stuff. All of a sudden, there’s an interest in getting all the old albums out on vinyl. Finally, the first three will be digitally available because 30 years ago, there weren’t any digital rights. We finally found a way to get them on Spotify and they should be on there this year.”