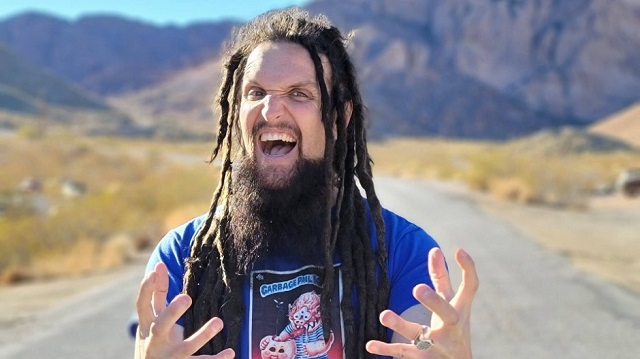 Las Vegas-based metallists Hemlock will be hitting the tour trail once more starting in mid-October, as part of the Violence & Vic-Tour 2021 – in support of their latest two releases, KARMAgeDDoN and Violence & Victory.

The autumn run of dates will stretch through at least late November. Shortly before the launch of the tour, Smith spoke to BraveWords correspondent Greg Prato, about the band’s history, the upcoming tour, and why the issued to release two albums instead of one.

BraveWords: How did Hemlock form?

Chad Smith: “Way back in 1993, my brother Brian who is the drummer of Hemlock and me - I was 15 years old - and our original guitarist Richard Burnett started Hemlock in the garage of my mom’s house in Henderson, Nevada. We started doing gigs all over Henderson at the Elks Lodges and Jaycees, and talent shows and also all over the Las Vegas Valley. But being so young our parents always had to take us to our gigs at the bars just so we could get in to do the shows. And then we would have to leave when we were done performing. Then we started getting enough of a fan base to start performing at the Huntridge Theater, we added a second guitarist and so on and so on, for 28 years until now.”

BraveWords: What does each member of Hemlock bring to the band?

Chad Smith: “Me and my wife Jill do TONS and TONS and TONS of the work behind the scenes, for years now. I always am the mediator and positive optimistic driving force behind the band. I write all the lyrics - which I always write positive and heartfelt, truth-driven lyrics. I write about half of the riffs and music, I draw and design all the artwork for the t-shirts, CD inserts, tour posters etc. I book 99% of the tour routing and the shows which is beyond a full-time job within itself. I drive the bus 95% of the time and my wife drives the other 5% when my leg starts to cramp up. She orders and organizes the merch and sells it at the shows, I stage manage at the shows, she helps me tour manage, she helps make sure we have enough gas money to get from town to town, and also makes sure we allow enough time to get there early.

“We plan off day travel sight-seeing activities together for us to be able to experience the road and life all around the world. She does all the online updates and info, and also does a massive amount of tour promotion campaign with our email list and text list which is thousands and thousands of friends and fans. My brother Brian of course brings the slammin’ drums and also usually helps bring extra crazy humor to the tour - like drunk karaoke after the shows. He also helps promote and spread the word. Brian Jackson has stepped up a TON over the last 2 years of being in the band. He has helped on the daily tedious jobs of answering and sending emails and extra online promoting. He also has helped finance and plan a few of the up and coming projects. Brian also helps stir up the drive and fire even more…even though we always have had the drive. It's nice to have another team player stepping up and helping make bigger moves and on to bigger tours, too. Tevon really brings a nice happy and easy going side to things, he is super-easy to get along with and he is always one of the ones to always say ‘Yes’ when it comes to the music. And I almost forgot...on tour we actually all work together as a well-oiled machine, and we load and unload gear helping each other every night, It's not like one guy does his gear and then is done, we all help each other with all of it as a team, we eat together, we laugh together and we rock together every single night around the world. I'm super-excited about having another 5 week tour starting up right around the corner. Even after 28 years, we still LOVE to do it every single night and I can go to bed with a smile on my face every night. HemLIFE, HemLOCK, HemLOVE!”

BraveWords: Who are some bands you would cite as an influence, or that you feel are musically comparable?

Chad Smith: “For KARMAgeDDoN and Violence & Victory, we had sooo much unexpected free time. So, I really, really think that these 22 songs are the purest recordings Hemlock has ever done. Because we didn't have any kind of time crunches or deadlines or financial restraints in the studio. We had another 2 month European tour booked for spring of 2020, and as soon as all of that had to get unfortunately postponed, we decided to stay super-focused and positive, and just really hunker down and take all the riffs and parts and pieces, and start molding them together into instant Hemlock catchy scream-along anthems. We came up with 20 new songs, and when it came time to narrow them down to like 11 or 12 songs for a new album, we honestly couldn't cut any out. So, instead, we wrote 2 more songs and made it 22 new awesome songs - 11 songs on each album. We had talked about doing a double disc or maybe a concept album, but each song could stand on its own and had their own personalities for each track. So we said, ‘Screw it...let's just release them all at the same time. The world needs more positivity out in the universe right now.’ So, we have 22 new Hemlock songs of hardcore heavy metal groove anthems of positivity and optimism for the headbangers around the world.”

BraveWords: What can fans expect from the upcoming tour?

Chad Smith: “The fact that we had to unfortunately take 2 years off from touring, the fans can expect even bigger smiles from us Hemlock-ers on stage, more headbanging than usual, new songs live, old classic songs live, jumping around, high energy, and just good vibes. Our goal is to have everyone at the shows every night feel like they were part of something, part of a family, part of a friendship brought together with music, and Hemlock is the soundtrack. And we want to make sure that everybody goes home with a smile on their face!”

BraveWords: How would you describe the band’s live show to those who have not seen the band live?

Chad Smith: “SLLLLLAAAAAYYYYYYEEERRRRRRRRRRR! Those were some FUN tours to be part of, for sure. When you wake up in the morning and you know later that night it'll be another show with Slayer...it's like winning the heavy metal lottery every morning. The Ministry and Meshuggah tour was also amazing. It was something like 42 shows all across USA and Canada. There's so many tours I can't even think of all of them right now. The 2 tours we have done over in Europe with Pro-Pain were also mind-blowing every night. The Obituary tour we did all across the USA was awesome. We toured with Chimaira a bunch back in the day. Hatebreed is always an honor to tour with. DevilDriver was a super fun tour, too. There's a bunch of bunch more. I guess over 28 years we have rocked and headbanged quite a bit...maybe that's what's making me not remember as much right now!” 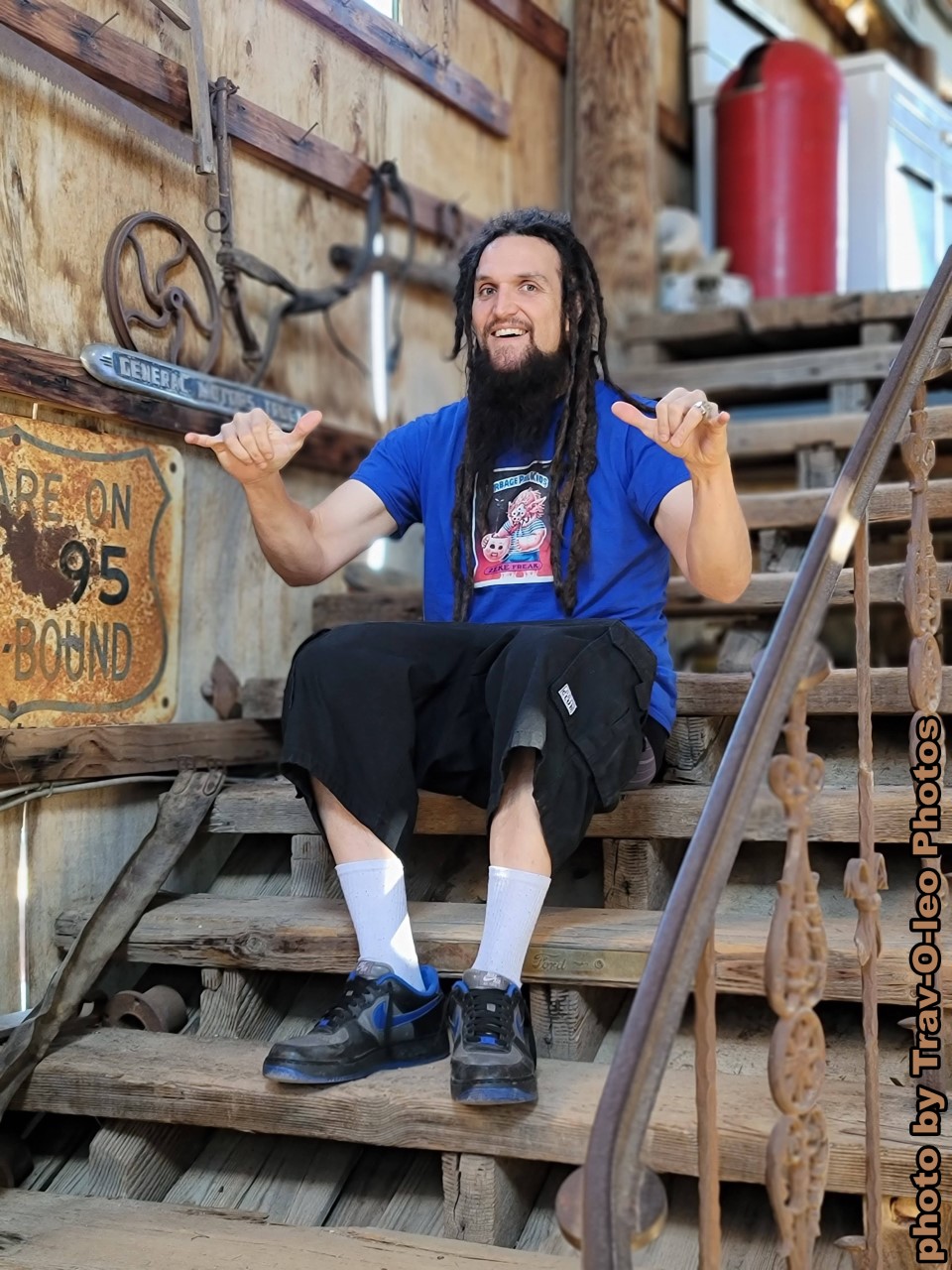 BraveWords: I understand the band has upcoming reissues. Please discuss.

Chad Smith: “We decided to go ahead and release KARMAgeDDoN and Violence & Victory on our own as a self-release, because there has been sooo much uncertainties over the last couple of years that we weren't sure if tours would happen again, if we would be able to get together to record more in the future...we honestly weren't sure. But we always hope for more around the corner - but we weren't sure this time. So, we self-released the 22 new songs just to give the fans some new Hemlock, because we were definitely due for a new album or two. But since then - and with things starting to pick back up - our guitar player is really good friends with Logan Mader from Machine Head. And Logan Mader also has recorded and produced sooo many high profile bands - including Five Finger Death Punch, Gojira, Soulfly, Fear Factory, Once Human and TONS more. So, we asked Logan if he would mix and master our two new Hemlock albums. And once he sent us back the mixes, it just brought the songs to life even more with way more head room and clarity and punch to the records.

“Then Logan was even awesomer, and introduced us to our new amazing manager, John, who then also got us lined up with an awesome new booking agent, Dean, and John also got us connected with an awesome new publicist, Chip with Chipster PR - who also does tons of huge band’s publicity. So, Logan was kind of our gateway into bigger and better things to come out of the weird last 2 years, and step up Hemlock to a new level playing field. So, long story short, since Logan made the new Hemlock songs sound even better, and now with an awesome new manager and team behind Hemlock, we have a 5 week tour coming up followed by another part 2 of the tour, so we decided to re-release KARMAgeDDoN and Violence & Victory to the world. Our manager is now shopping it to European and overseas labels, and we're excited with tour dates to back the album releases, to have the new Hemlock tunes to try and have the official release it deserves, and also to reach as many metalheads out there in the world that we can. We honestly LOVE to rock as much as we can, and want to Hemlock it up for many more years to come.”

Chad Smith: “Tour, tour, tour, more tour, eat some Taco Bell somewhere in there a bunch, and then tour some more...goof off a bit...see the world again! Also bring smiles to our friends and fans’ faces. And then in 2023, I would like to do another full-length album since it will be our 30 year anniversary of Hemlock. Which, then with a new album it'll mean tour, tour and tour some more! We look forward to seeing all of you soon live in your town!”