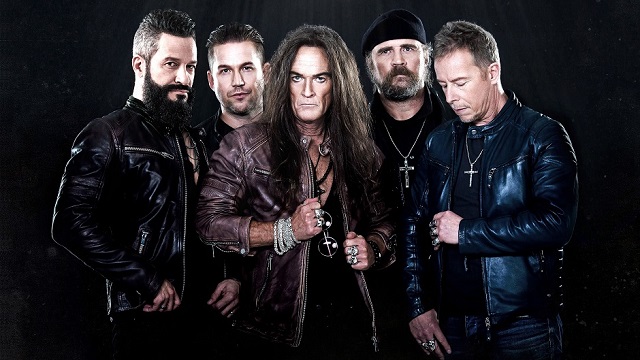 Fancy some ‘80s-flavored metal with a modern flair? Then Swedish rockers Mad Invasion are right up your alley – as evidenced by their debut full-length, Edge of the World, which drops on September 24, 2021. Comprised of singer Pete Sandberg, guitarist Björn Dahlberg, guitarist/keyboardist Hal Marabel, bassist Mats Jeppson, and drummer Mats Bergentz, the band first came together five years before the release of their debut. Marabel chatted with BraveWords correspondent Greg Prato shortly before the album’s arrival – giving us background info about the band, their influences, and how Scorpions drummer Mikkey Dee wound up appearing in their video for the song “Crazy & Wild.”

BraveWords: How, when, and where did Mad Invasion form?

Hal Marabel: “We have all known each other for ages, although playing in different bands over the years. Since the rock community in our area in Southern Sweden has always been quite tight, it was only a matter of time before we hooked up and decided to do something together. Björn (our other guitarist) actually had a band in the ‘80s called Mad Invasion, so when the new band got together in 2016, it was decided to use that name for the new band, as well. I joined the band in 2018 when Björn called me up and asked me if I wanted to join the band. I’m also in another band called Bad Habit Sweden (melodic rock), but felt that it would be both fun and interesting to also be part of a heavier band, especially when getting the chance to reinvent the classic rock genre.”

BraveWords: How would you describe the musical style of the band?

Hal Marabel: “Mad Invasion is all about classic hard rock with a modern, fresh and distinct sound that makes the band stand out in the hard rock genre. The musical approach is pure and energetic, and is bound to get rock lovers going. Our plan is to engage as many rockers as possible…and also try to convert some non-rockers in the process. We have already started recording of our next album, so fans won’t have to wait as long as usual for a follow-up.” 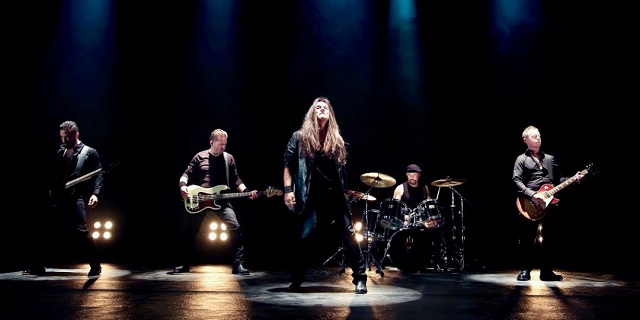 BraveWords: Who are the band’s influences?

Hal Marabel: “We are quite a diverse bunch of guys when it comes to our personal influences, but as a base for our musical style I would say – take a fistful of Black Sabbath, a pinch of Led Zeppelin, and a dash of Deep Purple... and add some extra flavors modern tech contemporary soundscapes, and there you have the essence of Mad Invasion.”

BraveWords: How did the Edge Of The World album come together?

Hal Marabel: “It took a while for us to set up our music production eco system and find the right sound. We experimented quite a lot and continuously iterated sound versions until we were fully satisfied that we had exactly the sound that we wanted. It was quite important for us to nail down the balance between the more traditional elements of classic rock and the modern approach with utilizing the available technology and our digital skills.”

BraveWords: What are some of your favorite songs and why?

Hal Marabel: “As far as the favorite song on the album, I think that most of us agree that this is the title track, ‘Edge Of The World.’ I felt that this one was special already from the start, everything from the ultra-heavy guitar riff, heavy groove, irregular beats in places – to the multi-ethnic instrumentation that was added to build on the Middle-Eastern flavor tonalities in the guitar riff. We are also very happy with the video, which captures the feel of the song well. Other favorites include ‘Scream n’ Shout’ (up-tempo and in-your-face rocker), ‘Walking in the Shadows’ (captures the dark essence of our music well), ‘Destruction’ (monstrously heavy and groovy song that pushes the right buttons), and ‘Crazy & Wild’ (the perfect party rock song).”

BraveWords: What do you recall about the writing and recording of the song “Crazy & Wild”?

Hal Marabel: “The writing process typically starts with Björn laying down some basic guitar tracks in our studio, as was the case for this song. Next, Pete got introduced to the song and some ideas for lyrics and arrangements. Once the he had a feel for the song he wrote the lyrics and the vocals were recorded. This part of the process is a bit different since Pete likes to record his vocals just to the guitars and a click track – without any backgrounds or effects in his listening. After the vocals, I came into the picture and transferred all recorded tracks onto my computer to create the actual music production project. I then added keyboards, sounds and effects, as well as working with the rhythm section and overall arrangement of the song. At this point, the final bass guitar and background vocals were recorded. Throughout recording and production process, the song was continuously iterated within the band for input and ideas until all felt satisfied with the result.” 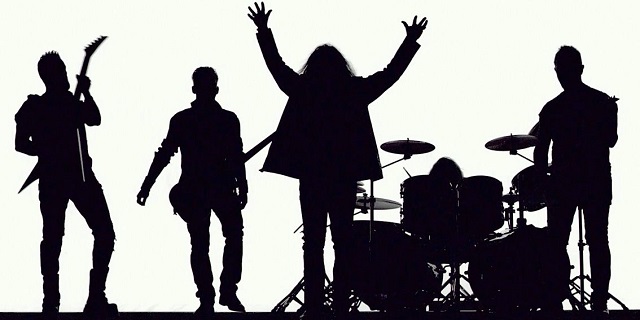 Hal Marabel: “We shot the video in one of the local venues in Malmö, Sweden, and it was early on a weekend. There were quite a lot of preparations by the film crew so we had some time to hang out which is always nice, especially now when Mikkey Dee was a guest in the video. He is such a nice and down-to-earth guy and also has a lot of fun stories from his past recording and touring experiences. The theme of this video is partying and having a good time, keeping things simple and easy. A good and straight-forward rock n’ roll song that creates a nice ‘feel good’ mood.”

BraveWords: How did the band cross paths with Mikkey Dee, and how did he get involved in appearing in the video?

Hal Marabel: “Pete, our singer, has known Mikkey since they were teenagers and both lived in Gothenburg. They were part of the same music community and often watched each other play local gigs. Planning for the first three videos from the album, we asked Pete if there was any chance that Mikkey could be interested in being a special guest in the videos, since they knew each other from before. As it turned out, he was happy to help out since he liked the songs and our approach. Mats B was cool about it since he likes Mikkey’s playing and also felt that it would be cool for the band. Mats is in the other 5 videos from the album.”

BraveWords: Does the band plan on touring?

Hal Marabel: “Later this year we will start up with a live gig in Sweden to test the songs and show setup live. We will then build on this for next spring and summer, when we plan to start doing shows and festivals.”

Hal Marabel: “We are already working on our next album plan to finalize it during spring next year. After that, we will hit the stage.”