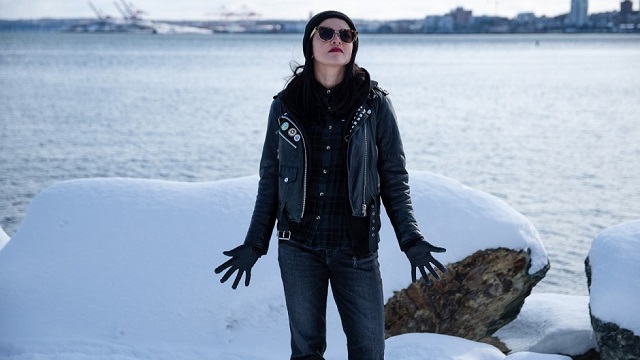 A near decade of radio of silence followed by a cacophony of sonic smash to the senses. Such is the reality of Canada’s noise-doom duo Mares of Thrace, brain child of primary songwriter/vocalist/guitarist/purveyor of face-melting Thérèse Lanz.

Founded in 2009 by Lanz and former drummer Stef MacKichan out of Calgary, Alberta, time and circumstance evolved the project, with Casey Rogers replacing MacKichan on drums (and bass) for Mares’ long-awaited third studio album The Exile.

Lanz sat down with BraveWords for a deep dive into the bands’ hiatus and evolution, the socio-political tumultuous times that bleed into the project, the core meaning of exile and much more.

BraveWords: This has been such a crazy, long time coming to say the least. I'm sure there’s been lots of ups and downs and turbulent periods in the last decade. As cliché as it is, is there a way, personally, professionally where you can kind of sum it up in a few words?

Thérèse Lanz: “The best way I can sum it up is the exile. Honestly, I don't like to throw around the words concept album, but conceptually it's about leaving home and not being able to go back. And that theme kept repeating itself over and over with all the people I met during the interim, and it was just a theme that kept popping up in my own life so that got pooped out into an album, basically.”

BraveWords: I read somewhere that you said something like ‘I can't wait to unleash this monster out into the world’. And to me that's just so perfect. I know there have been concepts in your records in the past but with this, even from listening to it, you really get the sense that there were a lot of internal thoughts, feelings, everything being thrust forward. Would you say this is more, I don't want to say emotionally resonant, but did this one have more pieces of you in it than the previous two releases?

Thérèse Lanz: “All the music I've put out is just gross bloody chunks of me.”

BraveWords: That should just be the little descriptor that goes along with the press release, ‘gross bloody chunks of me’. I think that's it and the interview is over.

Thérèse Lanz: “There it is. That's the pull quote.” 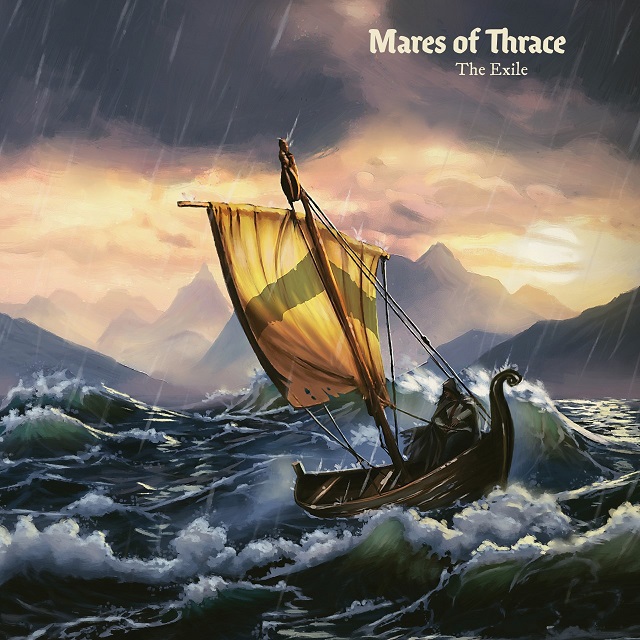 BraveWords: That's probably going to be the title of the article, no joke. So we can probably save the next 20 minutes, and talk about video games and stuff (laughs). I kind of want to talk about the changeover in the band, because there's not a lot to find if you're surfing the web unless you really know you guys. Stef's departure, Casey coming in. I'm just curious about all of that, the turnover and how things happened and what got you to where you guys are now in 2022.

Thérèse Lanz: “Well, the aforementioned realization that we needed to get jobs that paid money instead of jobs that cost money, which is what being a musician is. I went to do video games and Steph became a registered nurse ... So we tried to do a long distance band really, really hard. Stef and I have been best friends since we were really young and like the thought of doing this project without her was basically unthinkable to me. But we both really, really hated being a long-distance band. We recorded a demo. I wouldn't really call it an EP because we never released it, in like 2014. Both of our jobs were really, really, really demanding and didn't really leave a lot of energy to do much else.

“I would periodically try to convince her to be a band again. But eventually, in 2017, it just kind of fell apart. And she was like, ‘I just can't really commit to it right now’. And I was about ready to give up at that point, but Casey, we've been friends and in bands together really long too. We played in a death grind band called Exit Strategy in Calgary back in the day, and he's recorded a couple demos for us. So he's been like a silent partner, basically, throughout the project's history. I sent him the demos we had recorded and he said, and I quote, and these were the magic words that breathed motivation back into me. He said, ‘Well, why don't you let me drum on it? Because you should at least put it out because it would be a shame to waste good riffs.’

“Casey's like a gruff metal guy who doesn't blow smoke up anybody's ass, who's very terse and doesn't give out praise lightly. But just that kind of esteem from somebody I respect that much just pushed me over the finish line. It's still going to feel a little bit weird without Stef. We haven't played live yet because we're still a long distance band at this point. But there's definitely a non-zero chance I will make music with Stef again at some point. And I can't get mad at her for wanting to save human lives during a pandemic rather than be hungover in a van in Ohio.”

BraveWords: So do you see this as something you would like to tour? How do you envision the way forward now with Casey?

Thérèse Lanz: “I definitely want to play live again, and I definitely want to tour again, and I don't know when or how that's going to happen. Pretty much everything that got booked for 2021 and everything that's been booked for 2022 so far that I was excited about got canceled. My constitution couldn't take that. Like if we booked a tour and had to just scrap the whole thing I would just be emotionally devastated. I'd rather err on the side of caution. I know there's always like a fresh burst of momentum after a new release, and we might just have to hold off. If that's the way it's going to be that's fine. I'd rather do that than to give COVID to my chronically ill parents.”

BraveWords: Take me through your time in the United States and subsequently leaving. I think if I got it right, you might have left in 2016, like during the rise of Trump's America?

Thérèse Lanz: “I left right before that. So I've got a bit of survivor's guilt.” 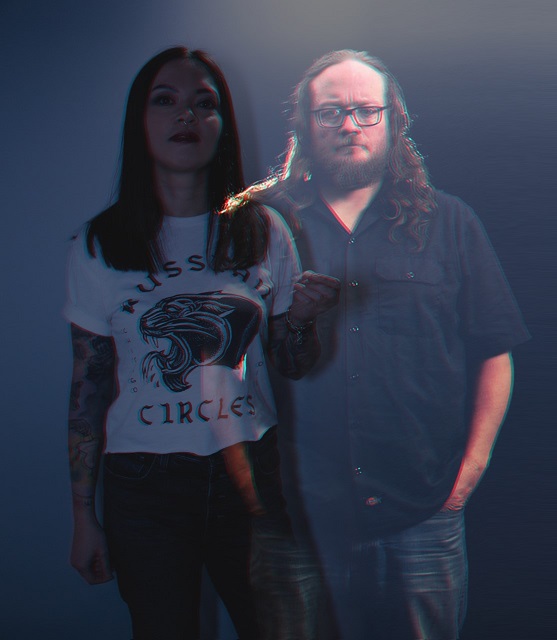 BraveWords: What was that time like as a forward thinking person, as an artist? I kind of watched in awe as all that transpired. From your end was it like ‘I have to get out while I can’?

Thérèse Lanz: “So I really, really loved Chicago. It felt most like home to me than anywhere else I've lived, and it became pretty apparent to me that it was not going to be home for the long haul, so it became yet another home that I knew I could not go back to once I left. And watching that horrifying swing towards the right and having a ticket home, moving back to Canada, but knowing that like all my friends, all my black, brown, queer and anti-fascist friends, I had to leave them there and I could not marry all of them and bring them over, as much as I would have liked to. That was really just really heavy emotionally.”

BraveWords: Do you find that the socio-political aspects of the world now has influenced your writing in any way? Because especially with something where you can harness aggression and angst and anger such as this type of music and heavy metal in general, you can't not get angry by what's been happening in the last seven or eight years. Whether it’s Trump's America, the convoy, whether it be fucking Vladimir Putin. It's nothing but madness on a day to day scale. Do you find that it's not hard to get inspired that way?

Thérèse Lanz: “Absolutely. My intent wasn't really to make this band a political band, but I'm a pretty political person, so I think it might be drifting that way a little bit. There's a lot to get pissed off about and there's a lot to feel very doomy about these days.”

BraveWords: Do you see yourself going back to a more concept type record like The Pilgrimage or something really big and grandiose like that?

Thérèse Lanz: “I would say that both this one and the last one both are big conceptual things and are also not. It's hard to explain. I always feel a little weird, because I'm not really much of a highbrow auteur talking about my creative process. That's always a little weird, but there's always a very strong thread that runs through and connects everything during a writing process, and it comes out as a cohesive record by the end of it. And The Pilgrimage definitely had a flavor and then The Exile also has a flavor, a separate flavor. So I guess the answer is, kinda.”