ME AND THAT MAN – A Different Shade Of Black

feature hard rock me and that man nergal 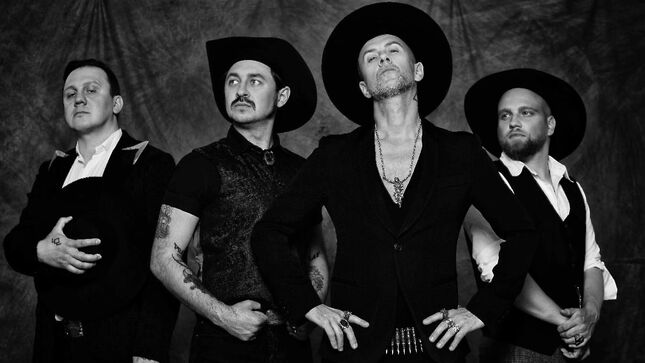 Behemoth's outspoken frontman Adam "Nergal" Darski doesn't mince words when it comes to religion, politics or music. With regards to the last, he isn't one to be boxed in by fan or record company expectations. So it goes that many Behemoth fans and some label executives had a fit when Nergal unveiled his dark country / folk project Me And That Man in 2017. The debut album, Songs Of Love And Death, made its necessary mark, but it was the 2020 follow-up effort New Man, New Songs, Same Shit. Vol. 1 that sent a powerful message: Me And That Man is serious business for Nergal and his career.

New Man, New Songs, Same Shit. Vol. 2 picks up, as expected, where Vol.1 left off. It's more of the same according to Nergal himself, yet different in that the guest artists include the likes of Alissa White-Gluz (Arch Enemy), Devin Townsend, Gary Holt (Exodus), Blaze Bayley (ex-Iron Maiden), Jeff "Mantas" Dunn (Venom Inc.), David Vincent (ex-Morbid Angel), Myrkur and more. To say Nergal is fiercely proud of the end result is a massive understatement.

Nergal: "It's been the same; very good, excellent. It's amazing, really. Me And That Man is not completely detached from Behemoth. It's a separate entity but there are a lot of links that connect those two things. This is another challenge for myself, for my collaborators, and for my fans because it's something different to digest. I think it's cool. Me And That Man is a fruitful and satisfying project."

"It is growing and it's going well. People do seem to have caught on to it. The first album might have been quite confusing to some people (laughs) because it just came out of the blue. I think people have gotten used to it, and they know my skills are all over the place. I never said I will only play black metal for my entire life. I keep myself very open to exciting projects. The last thing I want to be is a slave to the expectations of my fans. That is not happening. You're more than welcome to jump on this train, and if you don't like it just don't join." 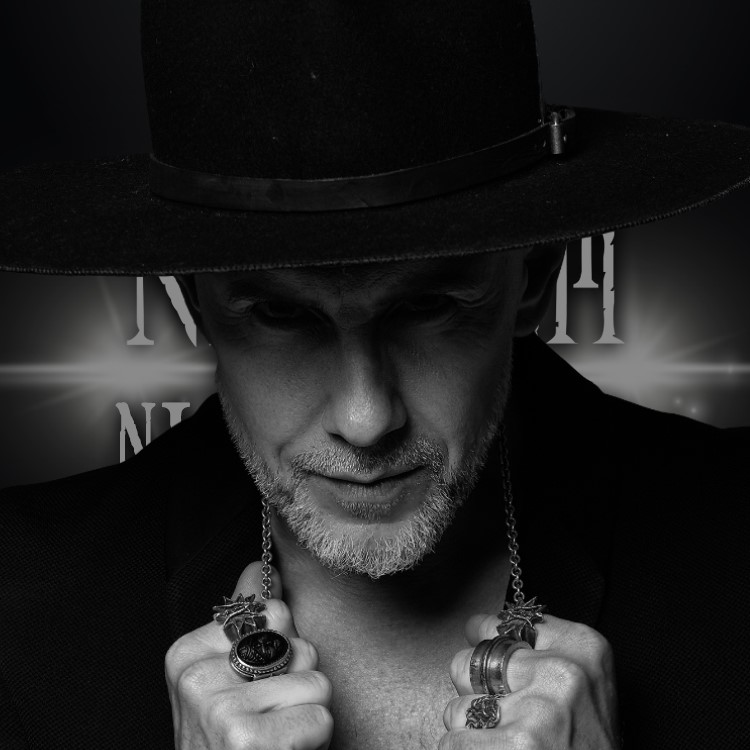 BraveWords: Full disclosure: the first song I listened to on the new album was "Goodbye" with Alissa and Devin. I couldn't believe you managed to get them on the same song. The album itself is an amazing who's who of the metal world.

Nergal: "It's a trip for me. People like Alissa or Randy (Blythe / Lamb Of God) are known for being screamers, and now people hear Alissa doing an absolutely marvelous job on 'Goodbye'. I just gave her a reference as to where I was trying to go with the song and she delivered big time. She's a sweetheart, she's talented, and it's such a great performance. And seeing how this is BraveWords we're taking it Canadian (laughs); you have two of your mates on one song. And Devin... I'm super happy he contributed although he told me he doesn't really do that. He was gracious enough lend his talents to this and put a big ending on the song. It sounds fucking epic."

"I originally wanted Devin to sing the whole song, but he was very clear that he would do the ending but not go any further with it. I sent him the lyrics for the ending part, which was basically

'Goodbye, fuck off...' (laughs). I ended up writing the story in front of that, thinking there should be this woman making this statement expressing her love to this guy, and he turns out to be an asshole. Sorry, Dev (laughs). I think it's a beautiful dialogue, sort of like a PJ Harvey / Nick Cave kind of thing."

"I love taking people like Alissa and Randy out of their comfort zones and helping people discover they are exceptional singers. Not just good singers; more like 'What the fuck? That's amazing.' I'm very thankful to everyone involved on this album."

BraveWords: What the vocalists on board delivered is impressive, particularly when we're used to hearing most of them in a completely different environment.

Nergal: "Absolutely, and that's the point. Trust me, on some of the songs... I sent out the tracks with vocal guidelines to give a hint of what we wanted, but the singers didn't need to follow it, but use it instead as a reference. In most cases they sent the track back and my adrenaline went through the roof. I had expectations, but pretty much every time there was this 'Wow...' effect. I'm sending my songs with my ideas, and at the end of the day I was getting something back that wasn't my song anymore because there were ingredients that were very much wanted, but they were unknown. The ingredients were a big mystery. I expected quality but there was a big surprise factor involved for this album and the last one."

BraveWords: Were you ever inspired to go back and tweak the music once the guest tracks were delivered, whether they were vocal or guitar performances?

Nergal: "Yes. Michale Graves, for example, took the song somewhere I didn't expect it to go. I sent him some guidelines and he sang something completely different, but my reaction was 'You know what? It's way better now. We're keeping that.' But this is why I am asking these people for help; if I do it I know what my intonation is going to be like, all that stuff. I'm not a super technical singer - I'm a way better screamer than I am a singer and I'm aware of that. I do okay, I pull it off live, and I maintain my storytelling which is the point for me. Some of these singers helped me express the darkness inside me in a much better way. I am eternally grateful to each one of them for contributing because they are fucking amazing."

BraveWords: The new album comes across as darker compared to Volume 1. Was that intentional?

Nergal: "No. For me, both records are two sides of the same coin, so I have never compared them. I'm thinking and sensing that both albums are quite... they're complimentary records. They're different entities but they feature the same elements, so to say. You have your own opinion, your own impression and I have nothing to do with that. People are telling me 'This album sounds like this and that...' Cool. I embrace that and I agree with all of it because it's personal opinions."

BraveWords: Have people picked up on Me And That Man without having a clue about Behemoth? Have you gotten feedback from people outside the metal community?

Nergal: "Sadly not, or not enough. I would love to break through to the other side and try to establish Me And That Man not only among metalheads. Of course, every now and then I come across people that tell me they like Me And That Man but Behemoth is way too much for them.

“Considering the potential Me And That Man has, I think we still haven't gotten there yet. Me And That Man was formed to broaden my spectrum of opportunity, my possibilities, my abilities. I'm enjoying the ride so far, but let's see what happens. I hope we can cross over and reach people outside of the metal community. That would be the biggest fucking compliment."