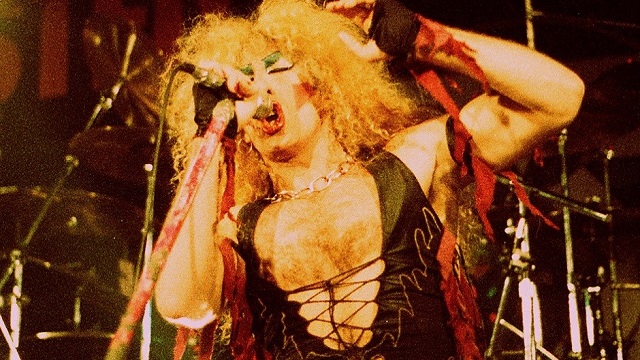 While most of the Eighties were an undeniably good time for heavy metal, the decade was fluid, with bands/styles gaining prominence and (in some cases) falling out of favor, just as quickly. Case in point, a series of live shows witnessed on July 16th over the course of a few years, from the middle of the decade, onward. 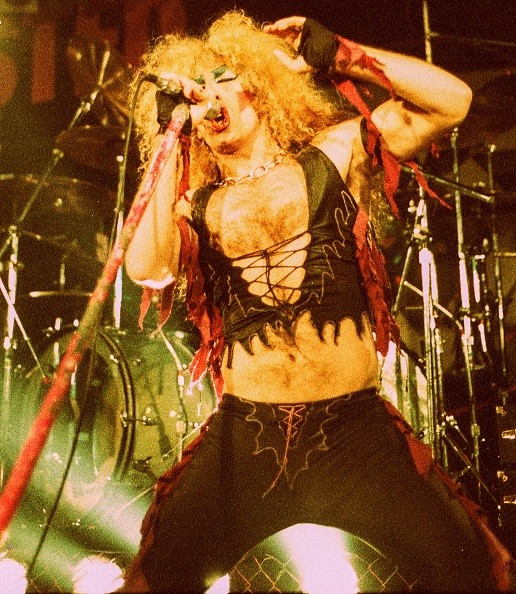 The outdoor stands, of the fairgrounds (holding about 5,000 fans), typically hosts popular bands (of all genres) throughout the summer months. Backed by the "We're Not Gonna Take It" single/video, released in April, Twisted Sister were the darlings of the moment. So much so that, friends who had no idea about the initial pair of overseas platters (which my high school buddy and I had been salivating over, for a couple years. The two of us having seen Metallica, open for Dee & Co at the Fountain Casino, in Aberdeen, NJ, six months earlier), wanted to pile in a car and drive nearly two hours, from South Jersey, to see the show. Ratt, who I'd seen in a club, back in May, were already MTV darlings (and thus too commercial for us), but given Twisted's rising star, we were shocked the neighboring New Yorkers were just the opening act (and thus missed part of the set), as Lita Ford, who was scheduled to start the day, was unable to play, when her bus broke down. The intimate winter club show was the last we'd hear of Dee's caustic raps, targeting "big name" musicians/celebrities between songs (much to the adoration of those in attendance). On a large stage, antics like ripping up posters, or crushing vinyl discs didn't translate well. Add to that, more than 50% of the setlist was culled from Stay Hungry (whereas the December date, on their home turf/stomping grounds, had NOTHING from that album!), at least a couple of headbangers went home slightly disappointed.

In '84, had just finished my sophomore year of college (and two years as a radio DJ), but spent my summers back home with my parents in NJ. Pushed by MADD, the US government demanded all states raise the drinking age to 21, or lose federal funding. In the wake of that legislation, some states "grandfathered" those who had already turned 18 (then the legal age), like myself. Yet, those who hit the old mark in '84, were suddenly out-of-luck. Under these circumstances, a new fad, underage, non-alcoholic "bars" popped up, hoping to placate the suddenly disenfranchised with similar settings/activities (just minus the booze). Across the bridge from Philly, Bratz was a short-lived alternative.

Had been enamored with Malmsteen's 3+ minute solo to start "Hot On Your Heels" off the Steeler debut, heard his stuff with Alcatrazz, but his Rising Force solo album had me scouring the local farmers' market, to purchase bootleg cassettes, from European concert dates. To say I was eager to see/hear the fleet-fingered Swede in concert was an understatement. My obsession was so well known and pervasive that my younger brother (barely into music, and never a metalhead) claimed his name was "Yngwie Malmsteen", when we had to sign in as guests at a local swim club! I wasn't the only "of-age" metalhead checking out the Bratz show (pre-gaming in the parking lot). The set offered "unreleased" material from the forthcoming Marching Out, and in the pre-Internet era would have been at a loss, but thanks to those bootlegs (from a Tokyo show in January and Stockholm, in May) I was at least familiar with the likes of "I Am A Viking" (strange, now that it's virtually synonymous with the man) and "I'll See The Light Tonight". Regardless of all the ancillary stories/rants/misgivings that come along with the name Yngwie Mslmsteen, over the 35 years since, still an immensely talented and influential player, who I enjoy checking out, live, from time to time.

Band had originally been scheduled to play with MacAuley-Schenker, on May 26, but that string of larger venue dates never materialized. Speaking of cancellations, L.A. Guns were supposed to be support, but after only a handful of stormy (and since, much-publicized) post-gig, backstage encounters, they were booted off the tour. By the end of August, Vinnie's band would be history, as singer Mark Slaughter and Dana Strum (bass) went on to create the lightweight Slaughter (as opposed to the Canadian thrashers of the same name). Never really a fan, and certainly not of his KISS years, so not sure why I was at the show... maybe local act Breaker opening, as I used to help move equipment onstage and drum roadie a bit (to label me a "tech" would imply knowledge/skills I don't possess). Then again, may have been one of the numerous free tickets we had access to, it was just what we did back then, go see shows (my how times have changed, NOT!) Can remember the band having to enter the big, downstairs theater via the upstairs kitchen (as dressing rooms were on the second floor). Do recall him playing a couple of KISS tunes which struck me as odd two albums into a solo career. Also remember a controversary about whether or not they were using pre-recorded tapes, but honestly, didn't care that much, either way.