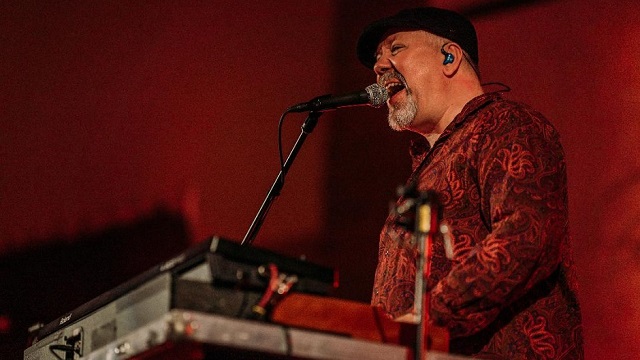 Multi-instrumentalist Bill Hubauer has been behind the keyboard for 9 years with Neal Morse’s touring band. Beginning his musical career in 1975, Hubauer mastered many instruments, but the keyboard retained his highest interest. Toiling in lesser known bands, Hubauer received a chance of a lifetime when Morse asked him to join his touring band in 2012.

In the list below, Hubauer shares his most influential keyboard solos and as he explains, "Rather than ‘favorites,’ I decided to focus on ‘Influential’ keyboard solos. This list would probably be different from day-to-day, but at this moment, these are what came to mind."

This was one of the first synth solos that really excited me as a teenager.  I love that classic Oberheim sound.  There really isn't any other synth that sounded like that.  If you listen to my solo in the middle of "The Road Called Home" from "The Similitude of a Dream", there is no denying the influence.

This is from Rick's Myths and Legends of King Arthur album and one of the earliest Moog solos I remember hearing.  It’s a fun solo, because it pretty much sounds like he did two different takes that start out similar, then just used them both, panning one to the left, and one to the right.  It sounded massive and mysterious to me as a kid.  I actually discovered Rick Wakeman's solo music before I discovered Yes, if you can believe that.  When I was a kid, PBS was running the live Journey to the Center of the Earth concert and that blew me away!

I could point to any number of T Lavitz solos as a favorite, but the keyboard intro to "I'm Freaking Out" just blew me away!   His synth solos were always so melodic and lyrical... loved his playing.

Steve Walsh always gets name-checked as a great singer, but he was an amazing keyboard player as well. He does back to back organ / synth solos in the middle of "Hopelessly Human" that were very influential to me, especially the organ.  It just sounds like its on fire to me.  For anyone who is familiar with my arrangement of "McArthur Park" from The Neal Morse Band, the whole point of that arrangement was to be a string of homages to all my favorite artists, which includes Kansas. The back-to-back Organ/Synth solos at 7:15 in McArthur Park is a direct tip of the hat to the middle of "Hopelessly Human."

Anything by Tony Banks - Genesis

It's almost hard to call any of Tony's keyboard solos a solo. His solos really themes or parts, as they are so melodic and perfectly crafted.  If I had to pick a couple of favorites that were influential on me, I would say the main "In the Cage" solo, and the entire instrumental medley section for the live version of "In The Cage" from "Three Sides Live".

I wanted to get Eddie Jobson on this list, since I considered him a big influence. I selected the intro to "Presto Vivace" from the first UK album just for its shear insanity. I still have a hard time understanding what is going on harmonically and I never tried to learn it so that it wouldn't spoil the magic for me.  A close second choice would have been the whole middle instrumental section to "Carrying No Cross" from Danger Money. Its organ solo, with all of its dissonance, really influenced the way I construct organ solos.  There is also a solo piano piece call "Prelude" from his "Zinc" album that is particularly special.