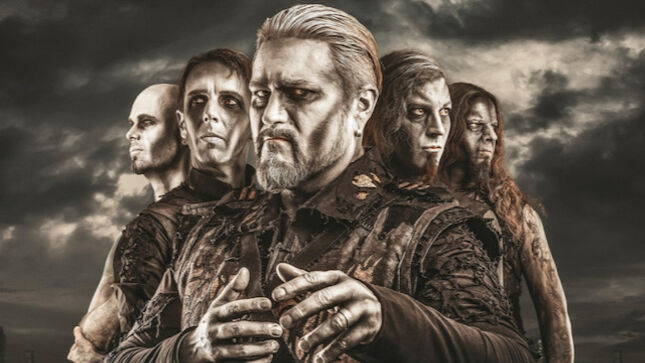 It will be a relief when we're able to write stories that don't have to focus in some way on the pandemic that has turned the world into shitshow, but as is the case with so many bands it has had a huge impact - tragically bad and surprisingly good - on their continued existence. Case in point with German metallers Powerwolf, who have released albums consistently since 2005 and are known as a touring machine with a massive following. The lack of live shows had a profound effect on the making of their eighth studio album, Call Of The Wild, and as keyboardist Christian Jost - better known as Falk Maria Schlegel - tells it, there was cause for concern a few times along the way. Never mind the potential health issues; the quintet that has functioned as a group since its inception found itself working piecemeal, threading ideas together in the discomfort of their respective homes until it was time to hit the studio. Not the best way to work on an album as far as Christian is concerned, but at the end of the day Powerwolf succeeded in hammering out a record that stands tall against everything in their catalogue.

"We were so focused on writing new songs this time because normally we have a summer break to play the festivals and maybe do some live shows in between," says Christian. "We like that live energy and we need it - it's like breathing for us - but we didn't have that, so it wasn't always easy. Sometimes I'd get up in the morning and, well, it was just another day (laughs) and that was difficult because there was no clue as to what was going to happen in the future. We finished the pre-production and we made plans to go to the studio, which was the most difficult thing because right before we were due to go into the studio the German government told us we weren't allowed to travel. We had originally planned to record in Sweden but we changed it to a studio in the Netherlands (Sandlane Recording Facilities), and once we got there they told us we had to be under quarantine. Which we were anyway being locked in the studio (laughs)."

"Like you said, we are a group - a pack if you will - so at the beginning we were really concerned about being separated and having to work that way. We had to rehearse the songs and figure out if they work in a live situation. Because if anyone in the band was to say 'I'm not sure we can play this on stage...' then, okay, B-side (laughs). So it was a bit more difficult to do compared to the previous albums, but after seven albums we were a lot more self-confident about our music and being able to figure out if something works or not. The most important thing for us was that the album doesn't sound like there is some major disaster going on around us. In my opinion, when you listen to Call Of The Wild years from now nobody will remember there was a pandemic when we made it, and that's important."

"Powerwolf has a responsibility to the fans," he adds. "For example, I enjoy talking to them after the show and hearing about how our music may have helped them, their experiences, or just how they enjoyed the show, and it shows me that music - in this case, all music - gives people energy and power. So, if we can't play live, we have a responsibility to give the fans new music." 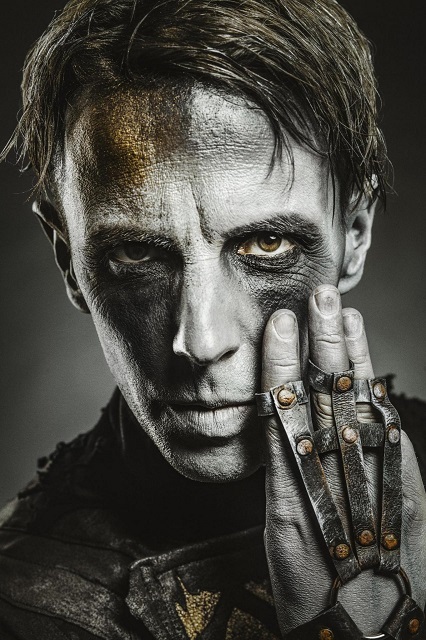 Christian is the first to agree that Powerwolf's music isn't rocket science. Pick a random song from their catalogue and, aside from occasionally mistaking them for Sabaton it will have that definitive Powerwolf sound. Since their humble beginnings with Return In Bloodred in 2005, the band's sound has remained solid and change isn't an option as far as their fans are concerned. This raises the question as to whether going into album #8 felt like business as usual.

"Not in terms of the approach to songwriting," Christian says, "but with a song like 'Blood For Blood (Faoladh)' the melody with the bagpipes was written before the guitar parts. It was like, 'Are we a folk metal band now?' (laughs). But, once we added the vocals and the other instruments we saw that we could in fact do that; it's still Powerwolf. I think that if you want to do something new with a band's sound there should be a reason for it. Attila (Dorn) is the voice of Powerwolf so we do have a certain sound, but that was a fresh idea. 'Dance With The Dead' is quite fresh even with its references to Iron Maiden; it's always good to have an Iron Maiden reference on an album (laughs) but that's not the point. For me, when I listened to the final mix of the album for the first time it had a modern touch, some new elements, a new dynamic in the songs. If you compare this album to Bible Of The Beast (2011), for example, that album sounds much more compressed. On Call Of The Wild the guitars are loud, as they should be, but the songs have more of a chance to breathe. I think there's more of a flow on this album."

The Sacrament Of Sin is Powerwolf's previous studio release, from 2018, but Call Of The Wild comes off sonically as the perfect follow-up to their Best Of The Blessed compilation from 2020. It featured six re-recorded songs and one re-written track from the band's catalogue, and was actually a hint of what was to come.

"That was the other reason we changed the studio for this album," Christian reveals. "We had worked with Joost van den Broek (producer) before and recorded at Sandlane already, so why not do it again? We loved working there, so maybe that's what you're hearing on the new album. Joost was involved in the songwriting process in the very early stages, and normally we don't show anyone anything before we enter the studio. It was quite new for us that someone could put some new ideas into our music. Joost really understands how Powerwolf works, he understands that we have a really strong concept and vision of what we want, so he was a perfect fit."

As serious as Powerwolf is about their music and image, there has always been a healthy amount of tongue-in-cheekiness injected into their music. Perhaps the best example of this is their anthem "Resurrection By Erection" from Bible Of The Beast. Call Of The Wild boasts the equally amusing "Undress To Confess", a song that is sure to the raise the ire of the current Cancel Culture Snowflake Generation should they ever turn their attention to the evil world of metal.

"You can't have a Powerwolf album without some sort of humour on it," Christian says of the song. "I can see the smiles on people's faces when they read the title 'Undress To Confess' before they have even heard a note (laughs). We need that sort of thing. The new song 'Glaubenskraft' (translated: 'Power Of Faith'), for example, is a really dark song about abuse in the Catholic church; it was something we felt we should write about because it's important to address the topic. But to make it clear that we aren't a band that wants to focus on these kinds of things, you get 'Undress To Confess' or 'Resurrection By Erection."

It has become a Powerwolf tradition at this point for each album to be accompanied by bonus material. Call Of The Wild doesn't disappoint, boasting the companion album, Missa Cantorem, featuring vocalists including Alissa White-Gluz (Arch Enemy), Ralf Scheepers (Primal Fear), Christopher Bowes (Alestorm), Johan Hegg (Amon Amarth) and others covering some of Powerwolf's best loved songs.

"We wanted to have something very special with this album as a bonus, like we do with every album, but we were left with the question of what we can do next; it was like having writer's block," Christian admits. "When we toured with Amon Amarth in South America - we've been close with them for years - and we have the song 'Nightside Of Siberia' that has these Amon Amarth vibes, and we asked Johan if he would like to sing on it. He did it, and we realizd we could ask other singers that we know personally whom we really like. Jari (Mäenpäa) from Wintersun, Ralf from Primal Fear, Alissa from Arch Enemy... we were both surprised and proud to have them 'with' us on this. It was a new experience for us, especially for Attila, because these are new interpretations of the songs."

The band was also focused on giving the fans more bang for their buck in terms of physical product, once again creating a variety of special limited editions (box set, gatefold vinyl LP, media book) for all wallet sizes. While the label had to sign off on the run of material, Christian says Powerwolf is fully responsible for putting it together.

"We want that stuff out there. I think it's important to have something you can hold in your hands when you buy music. If you see the earbook, this thing is huge; there's so much stuff in there. And Matthew (Greywolf / guitars) did the layout himself, which means he collected the material. Powerwolf is very hands-on... we don't leave the work for the label to do. If the fans want to spend the money on having the physical product, then they benefit and so do we. If the only thing they are interested in is the music, then having a platform like Spotify is wonderful thing if it makes the fans happy."