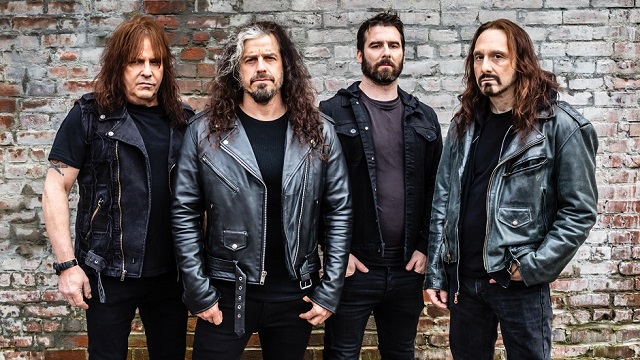 It’s quite impressive how this ol’ warhorse who’s been rocking since the early ‘70s keeps reinventing himself and killing with power, to quote his second source of legend, namely his presence as the guitarist on all the classic Manowar albums. I say second ‘cos Ross was also on the three landmark Dictators albums issued in 1975, ’77 and ’78, with the first one, Go Girl Crazy!, often discussed as the first album of the original punk era.

But yes, here is Ross “Ross the Boss” Friedman back again with his namesake band’s fourth album—he’s been part of over a dozen projects over the last 25 years—called Born Of Fire, a masterful collection of true metal anthems both memorable and versatile, due to Ross’ wily collaboration with a crack band of brothers in metal as technically skilled as they are personally dynamic.

“Everybody contributed greatly to the record,” explains Ross, New Yorker to the core but at this point out of his element phoning from LA, in the midst of a left coast string of dates, “because it was so soon after By Blood Sworn, and the company said you gotta do another record. Oh my God, are you kidding me?! I was kind of depressed for a while. Because it’s so much fucking work putting a record together. But we did it, you know? Mike LePond was instrumental in helping the process with the arrangements and new ideas, and bringing epic songs up and adding things—amazing. It wouldn’t have happened without him.”

“And then Marc Lopes, our singer, contributed four tunes that I really liked. He’s got another band, and in that he’s got a writing partner, Jon Morency, and he contributed a lot, four songs. And Stu Marshall from Death Dealer wrote ‘Maiden Of Shadows’ and Marc wrote the lyrics. Mike wrote ‘Glory To The Slain’ and ‘Fight The Fight’ and then the rest I did. I’m so glad everyone contributed. Everyone came out, came to the front, and we did it.”

Ross disagrees with me when I ask if he ever looks over at Mike LePond and says to himself, “I’m playing with one of the greatest bass players in the world.” 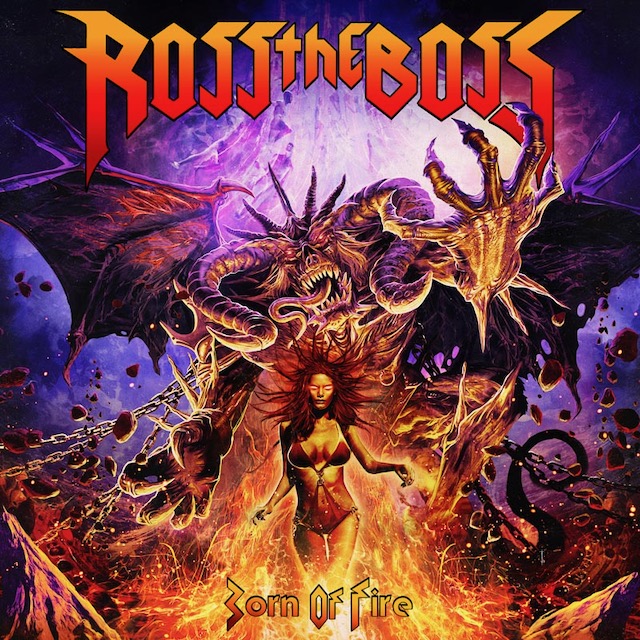 No, he is the greatest bass player in the world (laughs). I just can’t believe when I’m hearing him sometimes. But now it’s like normal; I guess I’m spoiled by listening to him. He’s the best. There’s no one better than him right now in metal, I don’t think. I mean, you’ve got Billy Sheehan, who is a genius, and then Geezer Butler, but Mike is there, no doubt about it.”

He agrees however in the assessment of his new record’s diversity, even if it’s within a tight frame of rock-solid traditional metal. “Sure, you see the contrast between ‘Denied By The Cross’ and ‘Born Of Fire,’ and then you’ve got ‘Glory To The Slain,’ which is more like a Motörhead approach. Then you have ‘Maiden Of Shadows,’ which is over-the-top orchestral, the one song we really did it up on. We’ve got ‘Godkiller’ and ‘Waking The Moon’ to flat-out ‘Demon Holiday.’ ‘Undying,’ I mean, I love that song; I think that could be a really good powerful single. And then ‘Blackest Heart’ definitely sets a mood of just darkness—that one is definitely inspired by Sabbath.”

“Waking The Moon” really stands out, also offering a glimpse into Ross’ ‘70s roots. “Yeah, for that one I had this riff, and it just kept repeating in my head. I did a demo and everyone really liked it. It was just one of those grinding metal riffs that once we got the groove going on it, it was like, wow, pretty good, you know? And later in the song, Mike turned it into a kind of boogie beat that really opened the song up. I really love it.”

Asked about the biggest difference between this album and 2018’s By Blood Sworn, Ross says. “We’ve been touring on the road together for two years and it’s the same lineup and we have much better chemistry and fluidity. Plus our songwriting together is better. You know, everything is just better when you’re touring like this. We’ve gone through very tough situations getting to shows and stuff, which has bonded us. We’re a much stronger band. Plus our real drummer played on the record, so that’s a start (laughs). But I’m over conceptualizing what the music is at this point. To me it’s always been heavy metal, rock ‘n’ roll music, and that’s the way it is. People have this like doom, Gothic, acoustic, Viking, bullshit that is just… I can’t listen to it. It’s just true heavy metal. There are bits of thrash on a couple of songs, but it’s pretty much flat-out heavy metal. I don’t know any way else to put it.” 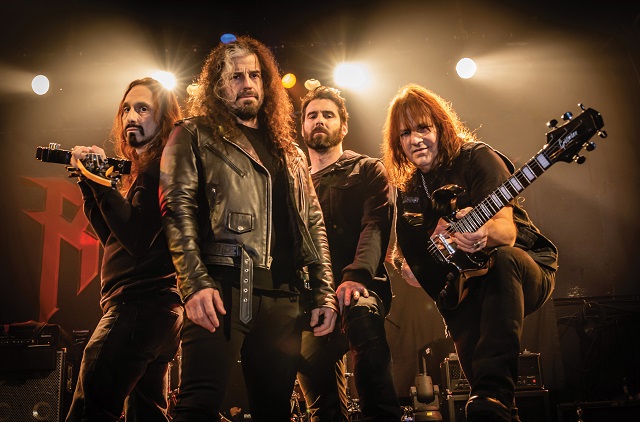 Before we go, Ross drops some news about his first claim to fame.

“Yes, the original Dictators are starting to record again, with me, Scott (Kempner), Andy (Shernoff), and Albert Bouchard (ex-Blue Öyster Cult drummer). Yeah, so Mr. Manitoba is not… he’s out of the picture at the moment.”

By Mr. Manitoba, Ross is referring to Handsome Dick Manitoba, vocalist on all the band’s albums. “You know, I think someone has… No one can work with him for some reason,” says Ross. “I don’t know, he’s a little bit off the deep end. The bar is closed, it’s gone, and he’s not working at Sirius anymore. So, you know, there are some problems.”

Asked if maybe his voice is on the wane and he just doesn’t want to be out there, a common problem with singers of a certain vintage, Ross figures, “You know, his vocal performances were going down. I don’t know what was going on there. He wasn’t getting any better. The band, Dictators NYC, was getting better. I mean, we were getting amazing. But he’s… the whole thing has gone downhill. And we had some financial problems with him. But the original Dictators, before Manitoba, we were a band. So we’re going to be playing. I get back next week—they’ve already started working on the demos.”

Couldn’t be more different that the situation in his present band—man at the mic Marc Lopes has a ton of tools in his belt, to the point where his personality dominates like a good front man’s should. “Definitely, plus he is the lyricist. He’s got to sing his songs so I can only influence him on stuff. But like, ‘Denied By The Cross,’ those lyrics are pretty fucking brutal. And his voice, it’s very metal. He’s got the highs, that power metal vibe, but he’s also got the growl and the gruff voice. And also a very melodic voice, very delicate at times. And he’s hell-bent—he’s a hell-bent musician. Very aggressive, and he doesn’t take no for an answer. If you listen to this record, he’s fucking taking names and not taking no for an answer (laughs).”