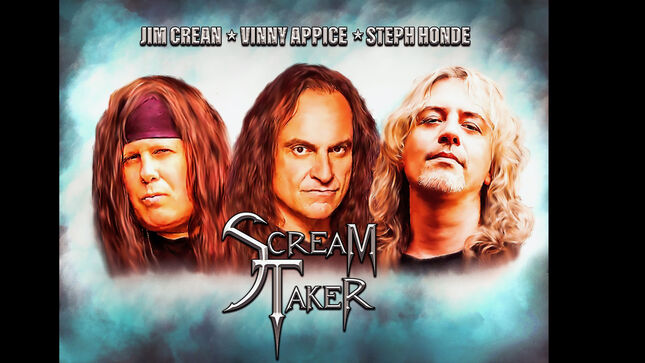 Drummer Vinny Appice has been a part of some of metal’s heaviest and greatest albums of all-time – Black Sabbath’s Heaven and Hell and Mob Rules, Dio’s Holy Diver and The Last in Line, etc. And on his latest project, Scream Taker, the renowned drummer has teamed up with singer Jim Crean and guitarist Steph Honde – creating a sound/approach that is unmistakably cut from the same Sab/Dio cloth.

All three members spoke with BraveWords correspondent Greg Prato (along with the band’s album cover artist, Lee Stokes) shortly before the release of their debut full-length, Kill the Beautiful (which can be ordered here) – discussing the band’s formation, top tracks, and future plans.

BraveWords: How did Scream Taker form?

Jim Crean: “We started writing during Covid – so it was one of those situations where Steph, me and him went back and forth writing songs together. And once the songs started getting really cool and heavy, I said to Steph, ‘I’m getting these over to Vinny, because Vinny will just crush on these.’ We had fun making the record, and here we are an actual band now.”

Vinny Appice: “It just started off pretty natural. Jim sent over a couple of songs together with Steph, and I laid some drums down, and then it started to develop into a sound. And we thought, ‘Why don’t we try to do a whole album?’ And that’s what happened. And rather than have a lot of different people playing on it, it was just Jim, me, and Steph. So, it gave it the same kind of vibe on all the songs.”

BraveWords: Lee, how are you involved in the project?

Lee Stokes: “Deko Entertainment came to me with a project – ‘Scream Taker. Here’s the first track.’ Which was ‘The Curse of the Werewolf.’ ‘What is your take on this?’ So we arranged a Zoom meeting between me, Jim, and Charlie [from Deko], threw lots of ideas at it, and that was where we started the ball rolling, and I think it turned out really well – from the initial ideas to the CD and booklet that we have now. I’ve been working with Deko for two years, and before that I was working with Donnie Vie from Enuff Z’Nuff. Part of Deko, I’ve been working with Union with John Corabi, Little Caesar, Carmine Appice and his Guitar Zeus 20th anniversary box set. Just lots and lots of different art pieces. And then ended up with the song ‘The Curse of the Werewolf,’ which was just like, ‘This is really a cool song.’ And it provoked a lot of ideas. It was a good song to choose as a starting point.” 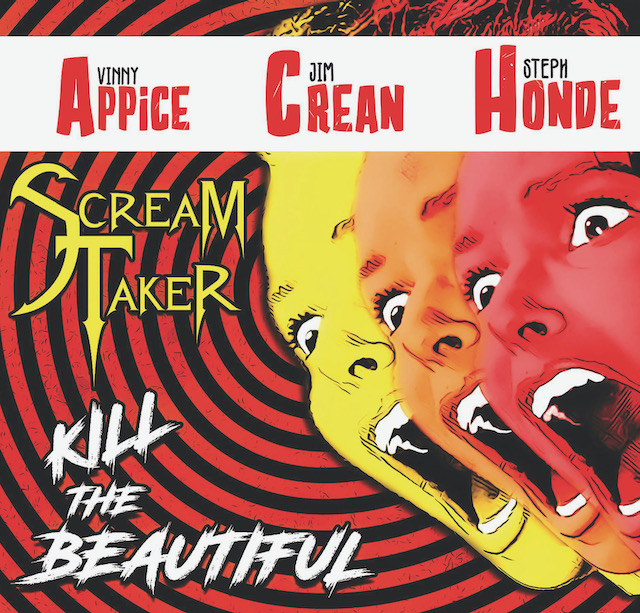 BraveWords: I thought there is a clear Black Sabbath/Heaven and Hell/Dio vibe musically. Was this on purpose?

Vinny Appice: “That just happens. I guess it’s just the way I play and steer the band. I always tell drummers, ‘You can steer a band in a direction that you want.’ And from playing with Sabbath all those years and Dio, I just play that way – my style is that way. And I approach these songs the way I hear them, and it tends to sound like…Sabbath and Dio. It’s not on purpose. And the chords that are in the songs, I love the chords that Steph goes to – they’re unexpected. And Jim sings in that Dio realm too, because he listened to so much Ronnie. Together, it all became reminiscent of that sound.”

Steph Honde: “The thing is I wanted to do something Black Sabbath-ish. Something for Jim and Vinny – I wanted them to enjoy playing on the songs. And I want people to have this feeling of the old classic Dio: Holy Diver album. And I’ve been listening to this music since forever. It feels like home to me.”

BraveWords: Where was the album recorded and who produced it?

Vinny Appice: “It was recorded all over. I did the drums here at my studio in my house in California. And you guys can answer where you recorded.”

Steph Honde: “In my living room in France.”

Jim Crean: “I did mine at my house in New York. And then Artie Dillon produced it – he plays with Vinny and myself in the Appice Brothers. Me and Vinny did a celebration for Ronnie on his birthday, for the Stand Up and Shout Foundation. They asked us to do something, so we took a song off the Sinister record, and re-recorded it – one of those lockdown videos [during Covid] – and we had Artie produce it. Well, it came out awesome. And then I said to Vinny, ‘I think I’m going to ask Artie to produce this record’.”

Vinny Appice: “I love ‘Stone Cold,’ it’s so heavy and it’s got such great holes in there. A lot of space – it breathes well. I love those kinds of songs. That’s a very Sabbath-y song.”

Steph Honde: “I wrote the riff for ‘Stone Cold’ 15 years ago – just the riff – with Vinny in mind. It’s funny that I remembered this song a few years ago, and I said, ‘OK. I’m going to try it.’ And Jim did something super cool on the vocal.”

Jim Crean: “Mine would be ‘The Curse Of The Werewolf.’ I know it’s a slower song, but there’s just a vibe to it. It’s just a powerful song.” 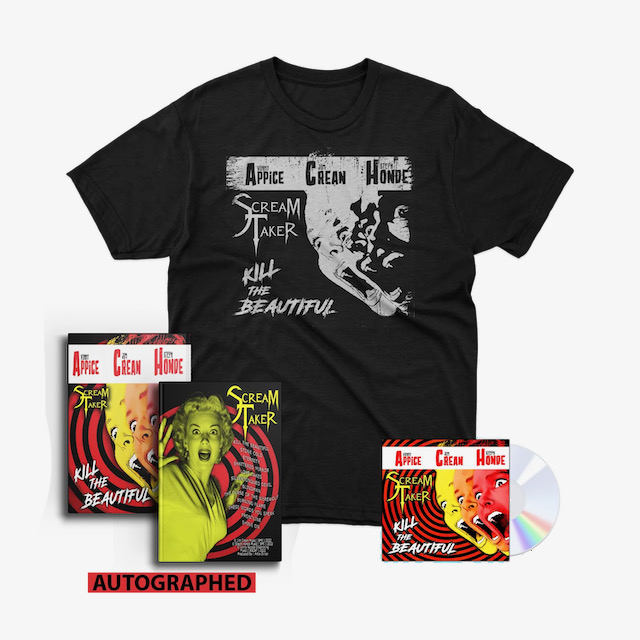 BraveWords: What are some memories of filming the video for “Stone Cold”?

Vinny Appice: “I didn’t know what we were filming. Jim just said, ‘We’re going to do this video in a haunted house kind of environment.’ I wasn’t sure what it was going to be used for. It was just a fun thing that we did, and it ended up coming out looking like a B or C horror movie. It’s really cool, because we weren’t trying to be scary – Jim just set the tone of a haunted thing and a vampire. I look like a priest in it sometimes…I look like the priest on the Holy Diver album cover!”

BraveWords: Vinny, are you still in touch with Tony and Geezer, and if so, have you played them any of the Scream Taker material?

Vinny Appice: “I’m only in touch via email once in a while. No kind of every day thing going on. I haven’t played anything for them. I never did that anyway, I never said, ‘Hey! Check out my band!’ If they hear it, they hear it.”

Jim Crean: “We got a pretty solid offer over in South America – a couple week run there. And I just talked to a promoter this afternoon about doing a really big show in California, and then, Las Vegas. I’m trying to work that all out between my, Vinny’s, and Steph’s availability. And now, another promoter wants to have us run the east coast for a couple of weeks. It went from just ‘Let’s get this record out’ to ‘Everybody’s coming at us!’ It’s crazy. It’s kind of going so fast.”

Vinny Appice: “And this album sounds even better when it’s REALLY loud.”