If you hear Dutch metal veterans Textures referred to as a better groomed version of Swedish chaos lords Meshuggah, or Hell's version of Dream Theater, or the prog equivalent of Pantera, all three comparisons should be taken to heart. Kicking around since 2001, the band unleashed their debut album, Polars, in 2003 to critical acclaim, making it clear from the outset that predictability was not part of their musical vocabulary. Three singers, one bassist, one guitarist, one keyboardist and five albums later Textures is still walking their own line and ignoring all musical boundaries as they stomp forward. Take, for example, the new song "Shaping A Single Grain Of Sand", the first song released off their new Phenotype album; not quite 5 minutes of progressive riff-ridiculous mayhem that doesn't let on even for a moment how it's going to play out by the time you reach the end. And as infectious as they come if you're into being bludgeoned into submission.

All in a day's work as far as Textures is concerned.

"This is my second album with the band," says keyboardist Uri Dijk, who came on board in 2010, "but I know the first Textures album got an award for being the best metal album in Holland at the time. It set the bar quite high for Textures from the start because they were a pioneering band. in this genre of music."

For his part, however, Uri was never a big fan of Textures prior to joining them. In fact, he bordered on being oblivious to their existence.

"I knew they were a metal band from Holland, I'd seen them play once or twice, I even knew they were looking for a keyboard player, but I wasn't really into their kind of music (laughs). I play keyboards and I started out with Children Of Bodom, Dimmu Borgir and In Flames; I wasn't into the progressive polyrhythmical stuff at the time."

Immersing oneself in Textures's brand of music is a huge leap from being a diehard Children Of Bodom fan...

"I was studying piano at the conservatory in Holland and I thought working with Textures would be a great opportunity to grow as a musician, to learn stuff I didn't know," Uri says of his change in focus. "I was in the process of not being such a metalhead anymore (laughs). I used to only listen to metal but at some point that started to change and I became interested in other types of music. That happened at the right time. When I joined Textures I learned as least as much as I did in the five years studying piano. I joined the band quite late in writing process for Dualism (2011) and I just couldn't get the hang of it. I had a hard time writing keyboard parts for the riffs, I have to admit, but over the last five years I've really grown into the music." 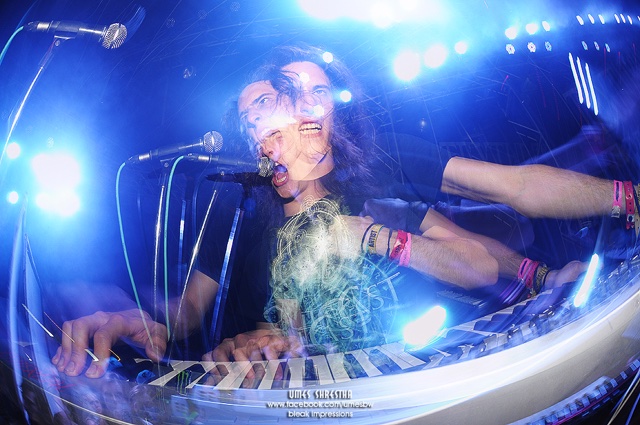 So, is it fair to say Phenotype features the re-educated musical Uri Dijk?

Dive into Phenotype and it becomes clear no single mind, no matter how bent musically, created the songs. According to Uri, the album is made up of a vast array of ingredients supplied by everybody in the band.

"I guess that's why it's so difficult to make an album (laughs). Looking at Children Of Bodom, where Alexi Laiho writes everything, he can crank out an album every year or two. Textures is a very democratic band and everything has to be approved by everybody. It works really well but it works very slowly (laughs). But, that ensures that we all stand by what we're doing and we're all pleased with the final result. In the writing process everybody pitches in, and that's what led to the Phenotype / Genotype concept."

"We really love the term 'attention span'," Uri adds. "We don't think about whether a song is too long or too short. If we feel that we've told the story in three minutes the song will be three minutes long. If it takes 10 minutes then that's how long it'll be, but if those 10 minutes are boring when we're finished with the song we'll shorten it as necessary."

The aforementioned Phenotype / Genotype refers to Textures' break with their tradition of releasing albums every few or more years. Genotype is a counterpart due to be released in 2017, a 45-minute conceptual track created using the Phenotype material as its foundation but presented in a completely different context. It sounds like Textures had too many musical ideas for a single record and weren't content with the idea of putting leftovers on the shelf.

"A little bit, but it's not entirely like that," says Uri. "Before we started writing we actually had the idea. Our (founding) drummer (Stef Broks) said 'I don't think we can do just another eight or 10 song metal abum because it won't make a difference.' He laughingly suggested we do two albums, one of them being a really long song. We put that idea on the shelf but when we started writing we found that some parts worked better in different arrangements. That's when we went back to Stef's original idea and decided to pour the music into that form." 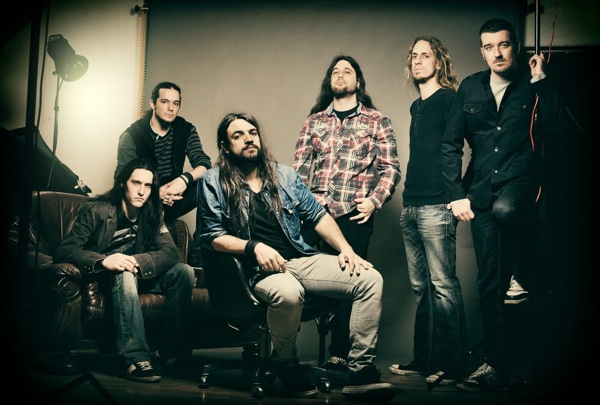 "Genotype is a combination of all our musical traits but it's a totally different kind of approach. There are entire parts of the song without drums, for instance, because if you write one song you can stretch it out for maybe eight or nine minutes, but you have to put all that information into a relatively short timespan. When you have more time you can spread out that information. It's not going to be comparable to any other previous Textures albums in the sense that it'll be chock full of complex and fast riffing; that stuff will be there, but in moderation."

Although Uri is one of the "new" band members he ended up writing most of the lyrics for Phenotype, working closely with vocalist Daniël de Jongh, who also came on board in 2010. For the record, guitarist Joe Tal was added to the line-up in 2013.

"It was a little bit of a necessity, I guess, because Daniël is used to working with sounds and vocal lines. That can work really well because it does't limit us to a certain amount of syllables, but if you write like that you have to write the lyrics afterwards which can be really complicated. For the sake of keeping a steady work flow I thought it would be good to use lyrics, so he would come over and I'd have them done and ready to go."

"Me and Daniël wrote pretty much all of the vocals together because he lives closest to me. Knowing that he can do all these different things with his voice, it never feels like we're restricted to writing only one way. If there's a nice ambient part I know we can add some cool vocals to it; we don't have to step things up a notch because the vocals might clash with the music. If Daniël could only scream and growl having these emotional part in the songs would maybe be a bit strange. It might be cool at times but it wouldn't be a natural colour on our pallet."

"It feels cool to be such a big part of this and not just the keyboard player," he adds. "It's great that the founding members of Textures gave the newer members the freedom we needed rather than trying to limit our creativity to what Textures has done in the past. On this album they just said 'Bring it!' and we did; then we decided as a group if the ideas worked or not."