THE 450’s CARL CANEDY – “We Did The Tracks Live…It’s Revolutionary!” 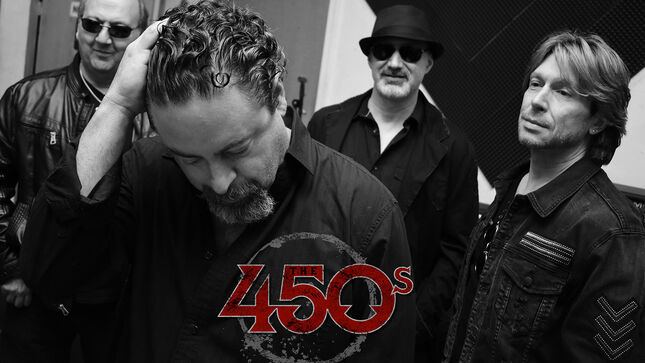 Instead of taking some time off during the unexpected layoff for touring musicians for most of 2020 and part of 2021, producer/drummer Carl Canedy remained busy – last year saw the release of the latest album by his band Canedy (which BraveWords spoke to him about), while November 19, 2021 saw the release of a self-titled debut recording by his new band, the 450’s.

In addition to Canedy on drums, the 450’s also features James Jacobs on guitar, Robert Jacobs on bass, Ryan Sambrook on keyboards, and a chap who simply goes by ‘Rhett’ on vocals (with the album mixed by the legendary Jack Douglas, and mixed by another renowned gentleman, Chris Collier). Speaking to BraveWords correspondent Greg Prato, Canedy discussed how the quintet came together, their future plans, and also thoughts on his contributions to the early days of thrash metal.

BraveWords: This is the first release by the 450’s, right?

Carl Canedy: “It is. There is a history with this band – in that we all have worked together, in one form or another. It’s the ‘Kevin Bacon thing.’ I managed both the Jacobs brothers in St. James, and we released an album called Resurgence – three years ago, I believe – it sold very well, actually. And I was their de facto drummer all the years I managed and produced them. Something would always happen. It was ‘Spinal Tap drummers’ that they had – they would implode…or explode. One got sick and gave me the flu, so I had to record the drum tracks with the flu, and the guys always laugh about how I was laying under the console listening to playback, because I was so sick. And then another one was gambling and watching TV while were trying to record drum tracks – they fired him. Talking to his mother on the cell phone and placing bets in the middle of takes.

“Then another drummer came up and his girlfriend complained so bitterly – and it’s on my YouTube page, she left voicemails. We took photos that day and we were going to record that night, and he bolted. His girlfriend just said, ‘You’re out of that band. Come home.’ Anyway, I worked with St. James and produced them. And then of course, I managed Young Turk, and produced two albums on Virgin and Geffen. So, the singer in the 450’s is from Young Turk and the Jacobs brothers are from St. James. They all knew each other from staying at the studio, and their paths would cross from going to each other’s gigs. So, we’ve all known each other and we’ve all been friends for years. They wanted to do something together, and since I was always the de facto drummer, they figured they’d drag me in. That’s how it came about. We all wanted to work together – and finally got the chance.”

BraveWords: How would you describe the band’s sound? I hear a punk-y element to it.

Carl Canedy: “I think there’s a punk element to it. And there’s a dichotomy there – the two diverse styles of the Jacobs brothers and Rhett…and myself, actually. We’re more structured and we want things arranged. And Rhett’s the bohemian. Rhett’s the ‘true artiste.’ So, Rhett really pushed the edge, and he doesn’t care about boundaries. He doesn’t care if the tempo fluctuates in the middle of something. He doesn’t care if it slows down or speeds up. As long as it’s the vibe he’s looking for, that’s what he wants. So, trying to make those two worlds meet, you get a little edgy stuff. And that’s what I think we have. So yeah, that punk element could be in there – for sure.”

BraveWords: How did Jack Douglas and Chris Collier get involved in the project?

Carl Canedy: “The bass player, Bobby, had been talking to Jack Douglas, and we all love Jack Douglas. He’s done such great stuff – John Lennon, Aerosmith, Cheap Trick, you name it. So, we weren’t sure, but Bobby spoke with him, and we were able to get him involved. And Chris Collier mixed the last Rods album and the Canedy album. He’s my #1 guy. I don’t think there is anyone better than Chris who is a young mix engineer out there right now. He was my choice. So, what we did was we got them both involved, and it was the best of both worlds.”

BraveWords: So far, the band has released three videos from the debut – “Flowers For Columbine,” “Lucy Walk Away,” and “Lust And Denial.”

Carl Canedy: “And we actually have more videos coming. But these three tracks, the songs were written in Atlanta – we had a writing session in Atlanta. I had done something to my shoulder, and it was one of those muscle things where you can’t get comfortable any way you sit. So, by the time it was 4 in the morning, I had to cancel – I couldn’t get on the plane. But everybody else met in Atlanta and they wrote. It was probably a good thing that I wasn’t there, because I’m always arranging and offering ideas. And those two – Rhett and Jim – were really good together. They did very well at cranking out that material. So, that’s where the majority of it was written. Some lyrics were written in Miami. And then when I got to Miami, they ran down the songs and we would listen. If I had a little arrangement change I would suggest, we’d write that down. And then we did the tracks live – which was this brand new way of recording, where you get musicians together, they start the song together, they play through the entire song to the ending, and they play it all together. It’s revolutionary!

“Of course, I’m joking – everybody has done that for a million years, but not anymore. It’s so much more remote recording – to be in the room together and record from top to bottom was fantastic. I’ve been doing remote recording from home for 11/12 years now. So, being in a room with music was a great experience. And when I listen back to it, it’s really tight and I’m blown away by…normally, you think you have to piecemeal it together. Everybody plays their parts separately, so you can dial it in and make it perfect. And when I listen to it, I think, ‘Wow. We really nailed it.’ It was the vibe we were able to capture. So, I was thrilled with that.”

BraveWords: What are the band’s plans for playing live and touring?

Carl Canedy: “We have wanted to do dates. Covid has been misery for a lot of bands. We’re a brand new band, so we wanted to do some dates in Connecticut, Miami, and Atlanta…and maybe pick up a leg of an east coast tour if we could. But at the moment, there really are no plans, because everybody who goes out, winds up cancelling or keeps it very, very tight. So, there really aren’t any opportunities for us at the moment. So, we’ll sit tight until spring and see what happens.”

BraveWords: Are there plans for a follow-up album?

Carl Canedy: “We have plans to record another album, so, we’ll see what happens. But yeah, we’re definitely planning on doing another album. Which is exciting, because I love this album. It’s different. As you pointed out – it’s punk, it’s rock. I always look it as Black Crowes/Counting Crows/Soul Asylum. That type of rock. Soulful singing, great lyrics. I think Rhett is a fantastic lyricist. In ‘Lust and Denial,’ there is a rap part. And he did it on the fly in the studio. Standing in the control room, and he goes, ‘Wait, hold on a second.’ He’s got pencil and paper, and he’s noodling on the paper, and goes, ‘OK, roll it.’ And he did it in one take! So, there’s that rap in the center of ‘Lust And Denial’ that he did in two seconds – he just wrote it and sang it in one take. Talented guy.” 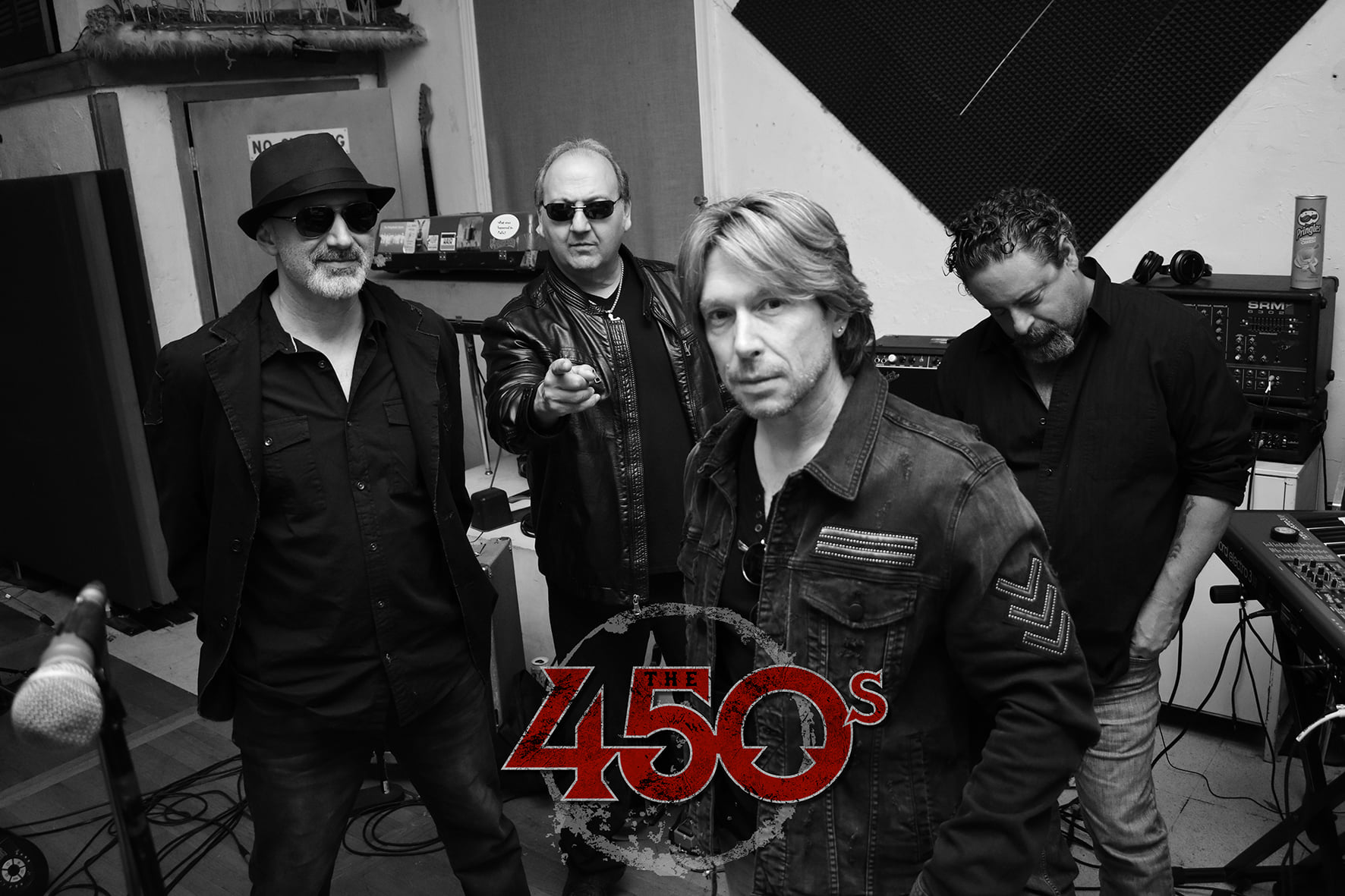 BraveWords: Concerning your early production work with the likes of Anthrax, Overkill, and Possessed in the ‘80s, did you have any idea that thrash metal was a special genre that was going to become so popular?

Carl Canedy: “In hindsight, this may sound self-serving, but I absolutely did. And the reason I point to this is because I just fell in love with Anthrax. I loved their attitude. I saw myself in them – driven like crazy, focused, wanted a record deal, take no prisoners attitude. And then of course, musically, they pushed themselves. They were writing stuff that was challenging to play. Really groundbreaking. I would play it for my friends that were not much older really than Anthrax – maybe three or four years older – but they were old school. And they didn’t realize that it was a ‘changing of the guard.’ To one friend, I go, ‘I love them.’ He goes, ‘It’s insect music. That’s horrible.’ I go, ‘They’re going to be huge.’ He goes, ‘How big?’ I go, ‘They’ll be a gold act, for sure – if not more.’ He bet me, and of course, he lost. But I believed that Overkill, Exciter, all those bands, were amazing. And I thought it was a new genre, and to the old musicians, I think some people were threatened by it. And again, when I say ‘older,’ just a couple of years older – that were playing more traditional metal. So, when they saw this whole different way of approaching it and a whole different level of competence and speed, you have to have more dexterity on your instrument to play this stuff.”

BraveWords: Younger metal fans today may not realize this, but I recall at the time, thrash metal was considered a very extreme genre. Whereas if you listen to those records now, it’s not as extreme as some of the other metal subgenres that have happened since then.

Carl Canedy: “I listen to Metallica and I think, ‘My God…they’re so tame!’ But back then, it was like somebody taking a sandblaster to a car. ‘Oh my God! That’s crazy!’ But now you listen to it, and it’s mainstream, almost.”