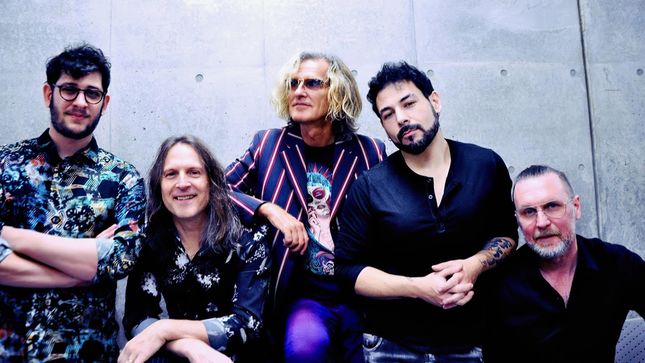 Sifting through the discography of the Flower Kings, the Swedish prog band – led by guitarist/singer/composer Roine Stolt – usually releases a new album every few years. So, after their thirteenth studio offering, Waiting For Miracles, was issued in late 2019, it was safe to assume that ‘album fourteen’ was a ways off. But with artists unexpectedly coming off the tour trail entirely for much of 2020, Stolt was left with a lot of time on his hands…which he put to good use, resulting in Flower Kings issuing a surprise double album of new material, Islands, less than a year later! Stolt spoke to BraveWords correspondent about Islands, as well as the length of his songs, the stories behind some of the new tracks, and also, and if he plans on resuming touring in 2021.

BraveWords: The release of Islands comes less than a year since the arrival of Waiting For Miracles.

Roine Stolt: “It’s surprising I suppose for people it’s such a short time…but things changed. Basically, I would say because of the pandemic, things like touring was impossible for us. So, if you’re a band and you want to do something, you can play shows, you can record music and write new music – so, that’s what we did. You use the time wisely. We had a discussion about it, and said, ‘Is there any material already, maybe? And can we write some new material and try to make an album this year?’ Then you start working on it, and the rest is just scheduling from the record company. But we put all the focus into writing songs.”

BraveWords: How would you compare Islands to some of the previous Flower Kings albums?

Roine Stolt: “It has of course similarities, because that’s a given. It has to sound like us – people have to recognize the sound of the band. But at the same time, we try to stretch a little bit to many different sides. Some of it is perhaps a little bit more adventurous, and some of it is perhaps a bit scaled down. Maybe a little more accessible than some of the longer prog tunes that we have done. So, it really is just a different form of recording. Whereas other albums have songs that are twelve or fourteen or even twenty minutes, this has songs that are three minutes, five minutes, seven minutes. I think that makes the difference as far as the layout of the album. But the music in itself is – as usual – we use and reuse themes. The theme from one song can pop up in another song – 20 minutes into the album. They’re kind of like ‘brothers and sisters themes,’ and even lyrics are coming back. So that’s sort of a way to make the album more like a complete picture or a story, so to speak.”

Roine Stolt: “In reality, it really doesn’t matter to me – if it’s a long song or if it’s many shorter songs. I think it all comes down to the quality of the music. I’m a big fan of old pop music, and I love the Beatles – and they sometimes had songs that were two-and-a-half minutes, and they had a few like ‘Strawberry Fields Forever,’ that went on for four minutes…or ‘Let It Be,’ things like that. But it’s really about the songs. And likewise, you have some of the classic bands like Yes or Genesis…I’m not sure, I think ‘Supper Is Ready’ is the best Genesis song, it’s a great song, but they have shorter songs that are really great songs. Songwriting. And when you listen to it, you’re not sitting there thinking, ‘Oh, this is an eleven-minute song.’ ‘This is a three minute song.’ You just take the music in. And the same thing with Yes – I suppose one of the longer songs would be ‘Close to the Edge,’ or something from Topographic…or even ‘The Gates of Delirium.’ But not necessarily the best song. I think a song like ‘Awaken’ is around about ten minutes or eleven, but one of the stronger songs. So, the timing really doesn’t matter – to me, at least. Maybe it does for the fans, but for me, it is about content, really.”

BraveWords: A lyric video was released recently for the track “Broken.”

Roine Stolt: “The song is something that was a very loose idea that our bass player, Jonas [Reingold], sent to me. He had just a couple of words and he had a melody. He sent it to me, and he said, ‘See what you can do with this.’ I took it and I twisted it a little bit. The song ended up being – as far as the lyrics – a little bit about different forms of addiction. It could be addiction to alcohol or drugs, or TV, or your mobile phone, or whatever. That’s the lyrical side of it. But then the stuff that Jonas sent to me was short, like two-and-a-half minutes of music. And then I took it and expanded it, and put in all these different themes, and tried to find themes from other songs on the album that I could take little riffs and bits and pieces. In a typical progressive rock fashion, I would say it sort of grew into something a little bit longer and a little bit more involved – as far as the instrumental parts, also.” 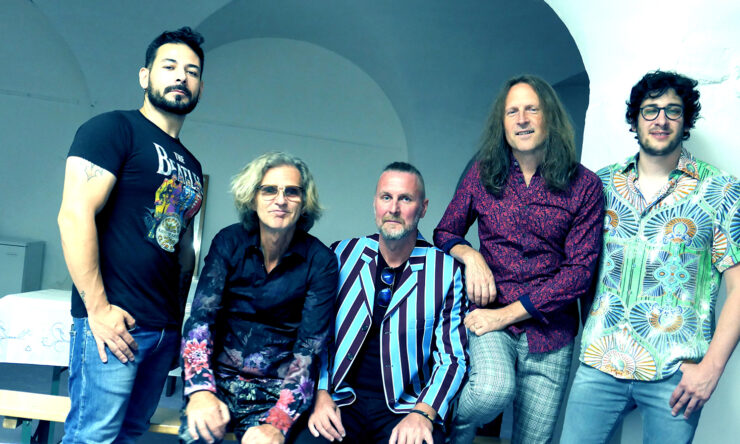 Roine Stolt: “Tomorrow, the record company is releasing what they call a single or a video of one more song, called ‘From the Ground.’ ‘From the Ground’ is a very musically simple song. It has a couple of themes. From the start, the melodies had a very positive ring – to me. So, when I started writing the lyrics, it was sort of more like a celebration of the small things in life. Sometimes, we strive for the big rewards. But the big rewards are sometimes the small rewards that you get in everyday life – family life, your wife, your kids, the joy of if you have a job that you like…like I have, being a musician or a composer. Or simple things like a meal, or coffee with friends. That song is more like a celebration of those small things that really doesn’t cost much, but sometimes, the most important things in life – family and friends – the smaller meetings. It’s not ‘the big fireworks’ that you remember in the end. There’s one song called ‘Black Swan’ on disc one, and it’s something that took a little bit of inspiration I think from the movie called Black Swan – about mental illness. It’s basically just touching upon a few subjects of mental illness. Usually, when I write a song, I have no idea of what the song should be about lyrically. It happened that I wrote the lyric first and then I put music with the lyrics. But usually it’s the other way around. Then I play the music back and see if I get any pictures. And for whatever reason, this one, when I wrote it, I wrote it on the piano, so I had the piano melody. There was something about the piano melody that got me started thinking about the ballet. Probably the movie Black Swan was up somewhere, so I took that theme and wrote this song about mental illness. There are a few other things that are more like celebration – this one called ‘Tangerine’ and that's also a celebration, basically. Sometimes, we just have to…and in particular, I think in times like these, when everything is gloomy and the world is falling apart, we have this pandemic going on, and people are losing their jobs and their homes, sometimes we suffer as a whole. And that’s just on top of everything else – poverty and all the wars and conflicts going on. So, in a way, it’s a dark place we’re live in, and this is just more to remind ourselves about the small, positive things in life, that mean a lot, really. And that everything can change, and to have a positive outlook on life in general is a big help. And that we can really let ourselves be drawn into that dark spot…or that dark place, where everything is gloomy and negative and dark. ‘Tangerine’ is not about a tangerine – but about the sun going up one more time, and you look at it, and it looks like a tangerine. It’s a celebration of everything that is growing and the perpetual ‘spring,’ so to speak. Every year, the spring comes back, and the flowers and the green and the warmth and everything comes to life. And there are a few things that are slightly political – but less than the previous albums.”

BraveWords: Does the band hope to tour in 2021?

Roine Stolt: “It’s impossible to tell. We hope to tour as soon as possible – if it’s 2021 or it’s later, I can’t really tell. It all depends on how the world can cope with this pandemic and how the development of the vaccine…in general, we can make everything work, and people can get back to normal slowly. And we will see – because now, we heard on the news that in some countries, the numbers are going up again…which is sad. But maybe because the summer is over, people are getting back to work and back to school. We need to protect ourselves the best we can – our families. It’s really a big question mark. You can always hope for something. I think the most important thing right now isn’t for us to go out and play music – because there are many more things that are important. I will survive regardless – it’s not like I’ve got to get out there and play the music and get applause. It’s not super important right now. It’s more like general stuff – that everything comes back to normal.”