THE SONIC OVERLORDS – Living In Utopia 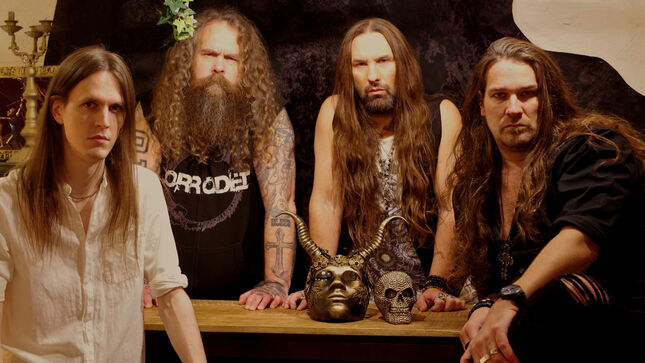 Sometimes all you need is a little luck, but a good song helps too. Formed in 2017 as The Sonic Temple (as a reference to The Cult album), the Stockholm acted changed their name to The Sonic Overlords while serving a blend of doomy heavy metal which a press release describes as “late '70s/early '80s heavy rock with influences from the likes of Dio/Martin-era Black Sabbath, Rainbow, early Candlemass, Yngwie J. Malmsteen/Rising Force, Scorpions and MSG.” Their full-length debut Last Days Of Babylon proudly displays those influences and is  available now via M-Theory Audio.

It also helps to have an endorsement from former Black Sabbath vocalist Tony Martin, who also provides guest vocals on “Past The End Of Time”. It’s a surreal feeling for singer Marcus Zachrisson Rubin, who actually became friends with him.

“Oh, I mean, Tony Martin is one my favorites. I was singing to his records when I was young standing in my parent’s apartment and the neighbors would complain,” Rubin laughs. “When you become a friend with a known idol, it’s like ‘Wow man, I’m sitting and drinking a beer or drinking coffee with Tony Martin.’ He’s a really nice guy and eventually you forget about him being famous and enjoy him as your friend.”

Debut single “In My Darkest Room” received attention and netted the band a deal with M-Theory Audio. The songs shows the different influences of The Sonic Overlords as a gloomy, doomy rocker with a powerful chorus.

“We did the video with that song and we found a really cool location and Per Andersson who did the directing is awesome. I’ve been working with him for many years and it became a really good video,” says Rubin. In regards to securing a record deal, Rubin credits the video explaining, “You can hear lots of good music, but if you don’t have the video, I think it’s harder to get into it, at least in the beginning.” 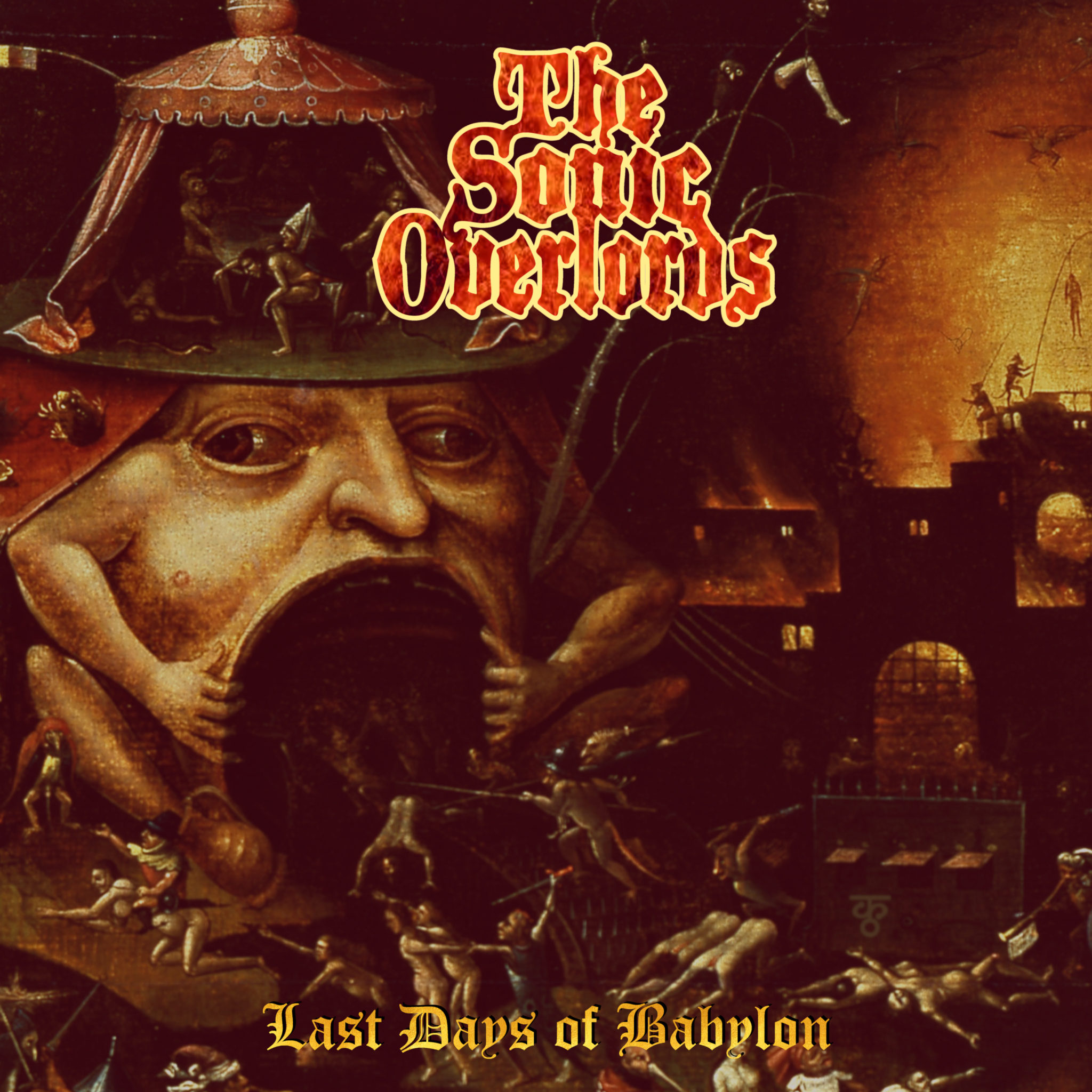 One of the highlights of Last Days Of Babylon is the soulful “World On Fire” that erupts into an electric pulse reminiscent of Ronnie James Dio.

Rubin discusses the track and songwriting process, “With all the songs I wrote, I got the music first and then I figure out some melodies in my head and then I write the lyrics after that. Sometimes I do the lyrics first and then come up with a melody for the song. With this one, it’s a little bit political and we’ll leave it at that.”

The album has a whole has a theme of fighting an inner turmoil or a brooding darkness of sorts.

The singer agrees, “Yeah, absolutely. The first six songs I didn’t write, but what I like with the text is you can see it as a demon that you fight against, but you can also see it as emotions that you have inside. I think that’s a good thing about it too; it’s not black and white, it’s a little bit of both.”

In Rubin’s professional career, he first wanted to be a drummer, citing Mötley Crüe’s Tommy Lee as an idol, but then when playing in teen bands, he discovered that singing was a better course of action.

“It was the drums that I was into first, but it was not my scene actually,” he remembers. “So I became a singer then. In 2003, I started a company called Rock Hiroki and we play all this heavy stuff in bars in Stockholm and everywhere in Sweden. I would do singer songwriter type stuff and these soft, sweetie songs that people like to hear.”

Guitarist Morgan Zocek brought Rubin in for The Sonic Overlords and Last Days Of Babylon represents his first time on a record. It’s a great feeling for Rubin to have an album out there.

“I’ve been playing for lots of crowds and all sorts of people and I like the live show of course, but it’s a special thing when you get the LP and you can smell it and be like, ‘Oh shit, it’s for real’,” he laughs. 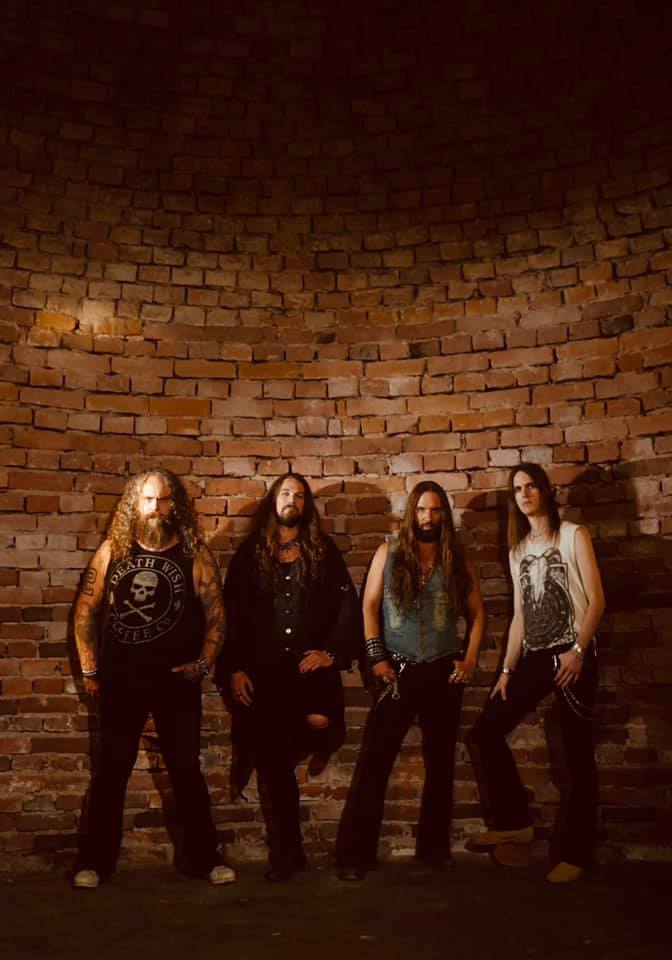 When it comes to picking out favorites from Last Days Of Babylon, Rubin finds his opinion changing on what sticks out to him.

“‘Lords Of Tomorrow’ is one of my favorites right now. ‘World On Fire’ is an amazing song and is a little bit outside of the other songs.”

The “Sands Of Time” fits snugly in that Black Sabbath Heaven & Hell mode and the vocal part was tough for Rubin to nail down.

“I got the songs on my table and I started working with them and was like ‘Oh shit, how am I going to do this?” he explains. “I almost told [Morgan] that I could not do it, but I think Morgan convinced me to try it out.”

Rubin was listening to other versions of the song with a different vocalist, but he eventually nailed it and it has become one of his favorite songs. On the live front, The Sonic Overlords would love to get out there and play some shows.

“It’s the number one thing for us,” says Rubin. “I really, really want to go on tours to promote the album, but the Corona stuff has made it difficult, but we’re looking for a booking agent and promoters in different areas in the world. That’s our vision right now!”