VOODOO MOONSHINE – “It’s Just All Around Rock And Roll, Man” 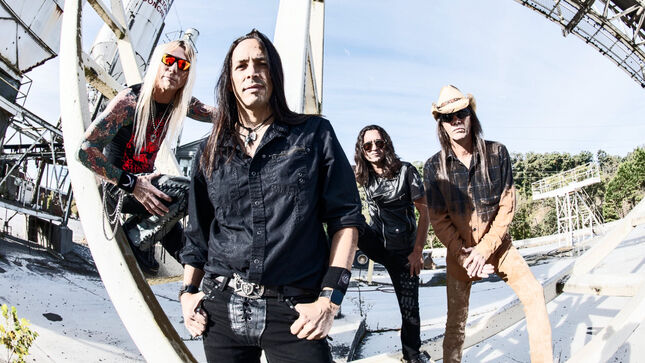 Bluesy rockers Voodoo Moonshine are back with a new single and video from their latest album, Bottom of the Barrel. The song, “Give It to Me,” came about when Jeff Losawyer (the founding member, songwriter and lead guitarist) was traveling from Oklahoma to Tennessee to write and record for the album that became Bottom of the Barrel. It turns out that Losawyer was sitting in his hotel room with his dog Daisy eating Taco Bell, and the thought of one-night stands came to mind and became the song’s lyrical inspiration. Also included in the band are members Pedro Espada – vocals, Hector Acevedo – bass, and Eddie Cruise – drums. The guitarist spoke to BraveWords correspondent Greg Prato about the new album, its videos, and why there was a ten year gap between albums for the band.

BraveWords: Let’s discuss the new album, Bottom Of The Barrel.

Jeff Losawyer: “Believe it or not, that was like a 10 year process. I started writing that album back in 2011, when I’d come back from Oklahoma and going to Memphis, I was working with a different singer and members at that time. It was created around late 2010 and finishing it up around 2011. I thought I was done with it and I just you know kind of shelved it you know I just completed it and I thought well you know I'm done with it, and just kind of shelved it and thought, ‘I’m done with it,’ and went about normal life. I wasn't really interested in putting it out or pursuing anything with it. And then about four years ago, I started getting some random messages - one was from my well known manager of well-known rock bands, and he messaged me and said he really liked the band. He wasn't offering anything and wasn’t asking for anything – he was just giving me the compliment. I thought, ‘Well, that's nice’ - out of the blue. Then a week later I got another message from a really well known producer [Steve Thompson], and he was wanting to produce the CD. He didn't even know about the new CD - he just knew from our first album. And I thought, ‘This is just really odd that this stuff is happening, so I guess I need to put the band together again.’ And I did - I found my guys that I have now, and my singer Pedro Espada re-recorded all the vocals, and we had Sean Shannon who used to play drums with Molly Hatchet and Pat Travers mix it and produce it. And we finally released it ten years later - we released it February 4th of this year. And it's done well so far.”

BraveWords: The first single/video off the album is “Give It to Me,” right?

Jeff Losawyer: “No. Well…we released it independently. I just kind of threw it out there online about a year or so back. But no - Give It To Me’ is actually the single and the video that's coming out tomorrow. ‘Locked And Loaded’ was the actual first video that we did and the first single. And then ‘Bring It Down’ was the last single that we put out about four months ago, that did really well - it actually I think reached 201 on the Billboard charts. And now we've been nominated for the ISSA Awards - best album, best video, best single with that song ‘Bring It Down.’ And then at the Josie Awards in Nashville for the best single and best video, as well.” 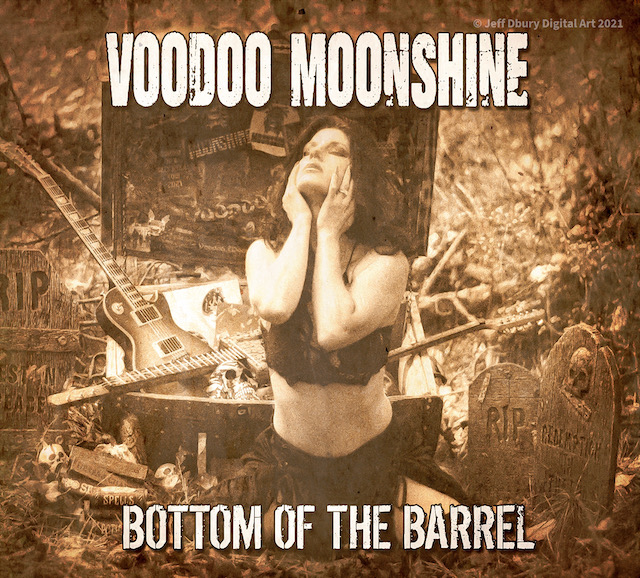 BraveWords: The press release says the band hails from Memphis, but you just said that all the other members are from Florida, right?

Jeff Losawyer: “Well, yeah. They original band when I started it…I broke down in Memphis, Tennessee in 1992, and I stayed there for a few years. I think in 2003 is when I put the band together with the guys down there now. Those guys - especially with 10 year gap in between - they kind of moved on with life, so they ended up joining other bands and going on. I moved out here to the Atlanta area about six years ago, and I'm here in Atlanta. All the rest of the new guys are in the Orlando/Daytona area.”

BraveWords: Why exactly was there a 10-year gap in the band?

Jeff Losawyer: “Well, so we put out the first album in 2005, and we did really well with it. In 2008 is when things kind of slowed down for us, and in 2009 my grandmother fell ill back in Oklahoma, so it was time for me to break anyway. And I went home and she ultimately passed away. Well right after she passed away, my girlfriend passed away and my original bass player passed away. I lost but like five people within a month period. So, I had written a bunch of songs to play at these funerals, and my manager at the time ended up getting a label that wanted to put it out. And I said, ‘We can do that if all the proceeds go to the Cancer Society. I spent a couple of years back in Oklahoma just writing and being with my family. So, I did the solo album, that got me right back in the writing mode. So I called the guys that were left and said, ‘I’m planning to come to Memphis, to record.’ That was around 2010. The reason for that gap was after I recorded the initial recordings, I was married again and she got ill. So a lot of life was happening, which is why there was a lot of gap in between. I had to take her for quite a bit of time, and I just thought I'd be working guy you know to try to take care of this this situation. So, that's reason for the gaps between the records.”

BraveWords: I’ve heard a description of the band as a “bluesy groove rock band.” Do you agree?

Jeff Losawyer: “Yeah. I mean, it's been a wide range. We do have a couple of points that are a little heavy, then we’ve got the typical ballads. I think me being from Oklahoma and starting the band in Memphis, I think the blues factors in. But it’s just all around rock and roll, man.”