Watain frontman Erik Danielsson carries the torch of his forefathers, namely the big four of Swedish death metal; Entombed, Dismember, Grave and Unleashed, although his hero is Tom G. Warrior of Celtic Frost fame. While Left Hand Path was the monumental buzzsaw game-changer in 1990, thirty years later Watain are creating a mystical cauldron of blackened death metal that points to a very exciting future. But Danielsson is still wrapping his head around the history and why it happened in Sweden. Was it something in the water? No matter, the influence has resulted in an even bigger blasphemic spectacle, especially when you witness Watain’s rituals live, supporting their latest extremely brutal art, 2018’s Trident Wolf Eclipse. So what IS in the water and the rotten soil of Sweden? 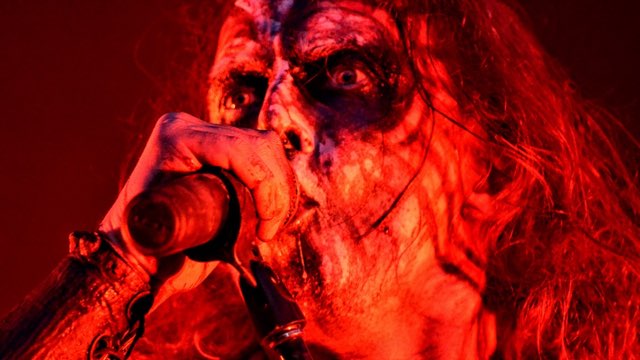 BraveWords: I was born and bred in Canada, so the thrash scene here was big, with a similar Big 4. Were you ever influenced by Razor, Exciter, Anvil or Voivod?

Danielsson: “For me, Razor, Voivod, and Blasphemy were the top Canadian bands - and Exciter, of course.”

BraveWords: A drummer who sings?!

Danielsson: “Yeah! Still to this day, I saw them live in Stockholm at the beginning of June, and they were fucking amazing. Everyone was there and it was fun - Entombed, Dismember. Exciter were great guys - it was a 200 person capacity venue. Beehler is not to be underestimated.”

BraveWords: So let’s talk about Watain - did you have to tone down your stage set when you perform smaller shows outside of Europe?

BraveWords: What if you could fulfill your dreams by going way over the top, what would you want to do - if you could get away with it?

BraveWords: What’s in your head these days in terms of writing and creation?

Danielsson: “A lot. I am burning inside with songwriting. Everyone is - and we’re really keen on trying out new material. I think we really like it in the rehearsal room right now, and I think we’re going to spend quite a lot of time there, just fucking playing. I mean, every second rehearsal can be just jamming on old stuff or trying stuff that won’t even be Watain material, but just rock ’n’ roll stuff or whatever. And sometimes, just fully devoted to Watain material.”

BraveWords: Well, it’s coming from the heart, but it is a business, and the music business model has changed. How are you guys adapting to it and to social media?

Danielsson: “Watain has always been based on the old ways - we have always emphasized that in our stage show, in our layout, in the way we do shirt designs, always looking back rather than at what is around us right now, contemporary stuff. I guess people call it old school or whatever - but that’s just the way of doing things, for me it’s just a more heartfelt way of doing it. Anyway, it’s not really about adapting, its about finding a way to have that kind of mentality, that kind of approach in this day and age. It a little bit tricky. Another thing I get allergic to is this album cycle thing - the repetitiveness of it. It makes sense to do it for three albums in a row, but then you gotta fucking change - how else are you gong to be able to maintain fire all the time? People are going to start focusing on bullshit, on irrelevant things. You gotta maintain focus on what gets you going, what really makes you come alive, burst into flame on the stage - that doesn’t really happen if you’re just repeating the same old patterns. I’m going to take it real slow now, I’m really going to evaluate things before that next big move we do. The last two albums came out of Century Media, and we had a two-album deal, so we’re getting shopped to - it’s a very good situation to be in.” 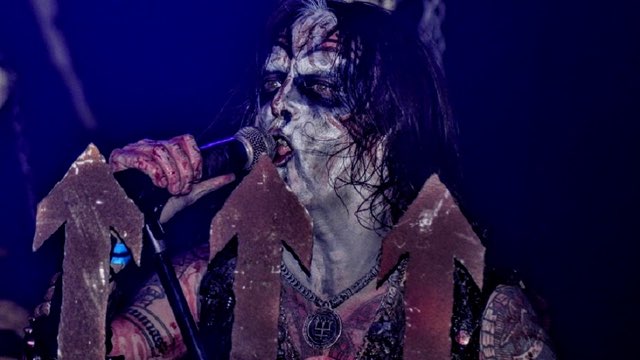 Danielsson: “Yeah, but also not being obligated to do anything. Totally free. We started up a a label called His Master’s Noise in 2012. Everything we’ve done since then has been licensed from that label. But we really haven’t done any label work. I’m a little bit tempted.”

Danielsson: “We’ve had talks like that as well. It just depends on where you want to put in the work - the weight of the work - how heavy you want it to be. I’ve gotten used to being free to roam, and do what the fuck I want - I’ve been spoiled I guess as a touring musician - not having to go to work.”

Danielsson: “When you talk to people who have been doing metal for 30 to 40 years, it’s interesting, as you said, to hear about how they adapt. Most people like the way things were done before. It was pretty fun to do metal media before when you had your press pass and you were doing shit - now today you gotta keep up with all this weird shit. I still have a head full of ideas and shit that I want to do.”

BraveWords: I recently finished that Swedish metal book Blood, Fire, Death. We’re you happy with your chapter and how you were portrayed?

Danielsson: “It’s a long story but to keep things short, the girl who wrote it is a typical Swedish journalist. She’s from the metal scene, but she’s not a metal girl - she’s not a metalhead or anything. So, I think it’s her viewpoint, which is a little bit shaky and insecure. With that in mind, I think it’s fine.”

BraveWords: At least it shone a light on you.

Danielsson: “I mean, there’s nothing in it that I would rewrite - nothing that I cannot stand for, but I would maybe put emphasis on other things than she did. But I think the general approach was an outsider approach, not the approach of a metalhead. I kind of like that, but I also have some problems with it. I like when shit is being written down and it is there for other people to read about it - everything that’s in there happened. It’s not everything that happened, but it happened.”