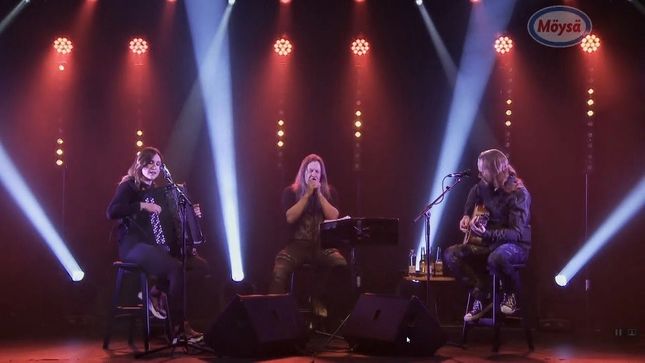 This was not the first time Stratovarius singer Timo Kotipelto (aka my buddy, "Sofa King") aligned himself with these two, having done a tour and played periodically, following the 2012 album (Blackoustic), with guitarist Jari Liimatainen (ex-Sonata Arctica). While the pair joined forces in Cain's Offering, the Blackoustic moniker has since become synonymous with any reunion/live performance. The third member of the triumvirate is Netta Skog, an accordion player, formerly with Turisas and Ensiferum, who today proved to have music in her soul: very animated, as she adds vocals. Unlike many of the Covid-19 stifled livestreams, this was a paid gig, fans required to pre-purchase a code, although copies of the show were available online, after the fact. 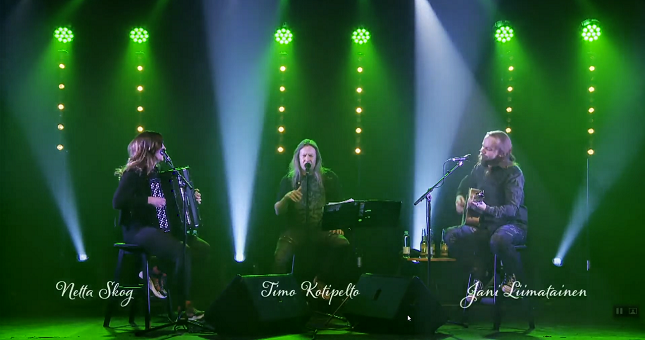 On a professionally lit soundstage, the trio were seated on bar stools, in an arc, the singer in the middle: Skog to his right and the acoustic guitar on the left. Multiple cameras, with the odd close-up, but there wasn't anything in the way of movement. However, their banter was truthful and jovial, all in English, to accommodate international viewers. A lot more open than the usually reserved Finnish persona. The setlist was a combination of Stratovarius tracks (including some deep cuts, more attune to minimalism, as opposed to full band treatment), cover tunes and others. Timo had notes (lyrics?) on a music stand and they actually opened with "Sleep Well", before stopping to speak to the audience and introduce themselves. When Kotipelto asked Jari what he'd been up to, the guitarist deadpanned, "Getting fat!" 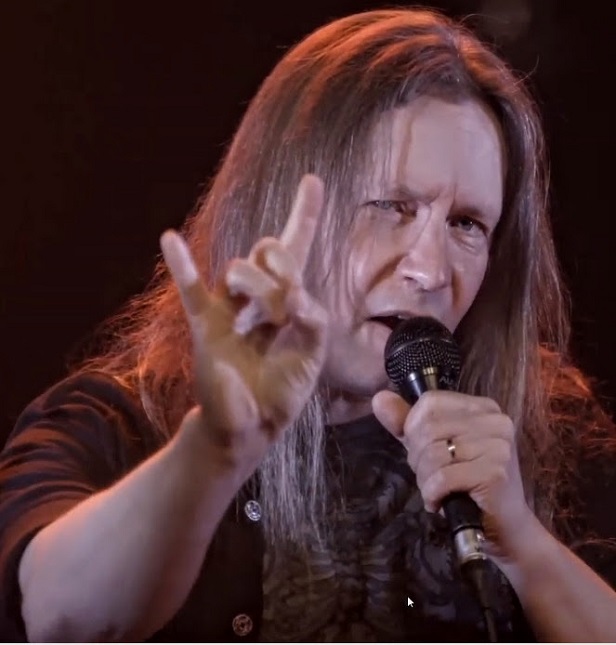 All three added their voiced to Rainbow's "I Surrender", which Timo looked forward to, self-deprecatingly saying the initial Strato offering had been boring (since it was one of his own), to which Liimatainen joked, "Yeah, it sucked." For "Black Diamond", the accordion fills in for the keyboards, although there is piped in synth accompaniment added to some numbers. Initially, they all admitted to the awkwardness of the situation (no crowd), but as the show progressed, they got more into it. No, it didn't have anything to do with alcohol, as only Liimatainen had a couple of bottles of beer at his disposal.

Gary Moore's "Out In The Fields" sees an enthusiastic Skog almost rock off her seat. Prior to the subtle, somewhat progressive "Season Of Change", Liimatainen lamented, "I don't know why we chose this one, it seems ambitious." Unseen synth is added to "Shine In The Dark" and "Million Light Years Away". The run of Stratovarius tunes is broken by a rendition of Heart's "Alone" and then Cain's Offering's "I Will Build You A Rome", where Skogg can barely contain herself, spilling the beans even before the pair (who composed the track) are ready. 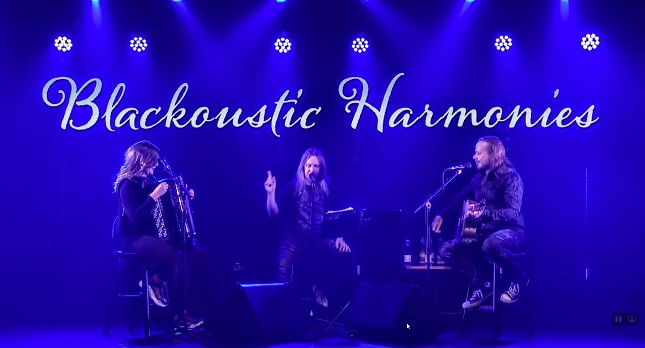 She gets her first real solo spotlight, playing the intro (which is normally a keyboard part) to "Unbreakable", before the bouncy guitar kicks in. Following a heartfelt "Forever", Skog tells Kotipelto, "When I get married, I want you to play that song at my wedding." No announcements, guys. Timo declares Ronnie James Dio the greatest metal singer ever, prior to introducing "Holy Diver", during which he repeatedly throws the horns and mugs for the camera. The guitar solo is replaced by Skogg's accordion. Speaking of which, she pays an echoing sequence to begin Deep Purple's "Perfect Strangers", which Kotipelto mockingly declares Liimatainen's favorite. "Gonna make you sweat!" The backing pair add their voices only come the titular chorus.

A native language folk song, "Karjalan Kunnailla" precedes the "Hunting High & Low" finale. Odd hearing the latter with accordion and Skogg's scat vocals (which make the others laugh). 75 minutes: part rock show, part comedy routine, highly enjoyable, considering we all remain seated. Until we can rock out again, it will have to do. As Timo said, "Stay safe & stay metal!"