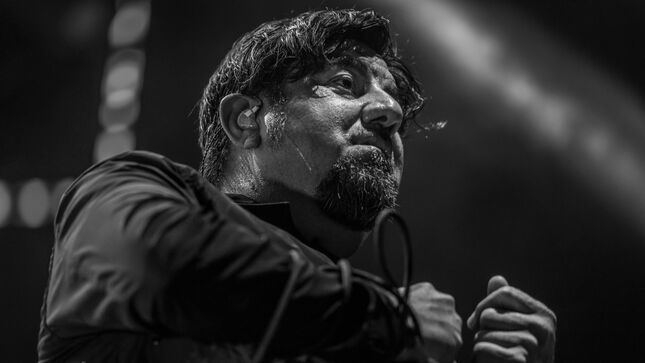 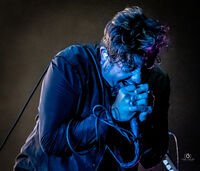 On Sunday May 22nd, Deftones, with support from Gojira rocked Toronto at Budweiser stage. The normal opener for the tour “VOWWS” was unable to attend the Canadian dates, so Gojira had started a bit earlier than normal. The show was originally scheduled for RBC Echo beach next door to Budweiser stage, but due to overwhelming demand, the show was moved to a larger venue to accommodate. Also, each band was missing a guitarist and had replacements. Gojira’s guitarist left the tour to be at home with his new born child.

Gojira started the show with a timer countdown on the overhead video screens giving the crowd notice when they would start. The curtain dropped at 7:20pm sharp to the band’s opener “Born for one thing”. After that song their drummer Mario started tossing drumstick after drumstick into the packed floor section. During “Backbone”, Gojira used Co2 air blasts for visual effects. The sun had not set yet so there was plenty of light to see the whole show from every seat in the house.  They played songs from four different albums, in total twelve songs lasting over an hour.

Deftones intro was used from the ending of their song “Pompeji”. The low end bass you could feel in your whole body. Everyone in the venue could feel the vibrations of the low frequencies, mostly those in the photo pit and security guards next to the subwoofers. Deftones played 19 songs from eight different albums. The singer Chino Moreno got the crowd pumped up with the first song “Genesis”, walking from platform to platform screaming his brains out. The crowd ate it up. Deftones stage setup could be described as you are looking at the inside of a cube. The lighting above and the vertical lights behind on the back walls gave the visual of the edges of a 3D cube. It was very visually pleasing to watch if you do not have sensitive eyes. There were many intense blasts of light offset by periods of darkness, balance if you will. In total it took four semi trucks carrying gear/ lighting and four tour buses to bring this concert to Toronto and in the end, it was worth every minute.