EVERGREY – Hymns For The Homebound 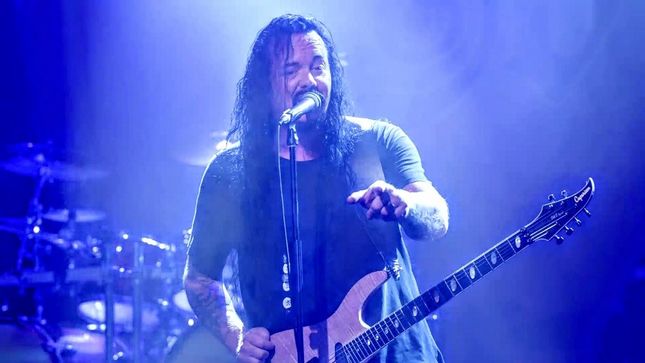 These guys have long been friends. Hosted them at the BW&BK 6-Pack and made separate trips to Sweden, visiting their recording studio and DVD shoot. Seen them play many times around the world and always want the best for them...While this was an amazing quality video, it was not a good representation of a concert. When does kinetic become chaotic? I strongly suggest that those lucky few who paid to see the show live in the band's hometown of Gothenburg, watch the livestream too. Chances are, it will look nothing like the show the saw in person. Never get a (apparent) film school student to produce your live event! While the sounds, lights/colors and 1080p quality were first rate, the visuals didn't dictate what was happening onstage, but rather created its own narrative. Perhaps that's what Evergrey was after.

If the director got paid a dollar per cut, he must surely be a millionaire now. If, on the other hand, he was paid for getting a clean, close-up of each member, he failed miserable, despite several cameras and even technicians moving about onstage. Sadly, Rickard Zander's hands (from behind) on the keyboards, were at the expense of his face. Drummer Jonas Ekdahl was afforded similar anonymity, despite a big lens repeatedly poised right in his face. Sure, he madly headbanged for a good portion of the almost two hour set, but we did get extreme close-ups of his double bass drum pedals (in action) as well as sticks whacking snare and/or cymbals.  Not that there weren't moments Mr. Director could have focused on either, just opted to get cute. Speaking of focus, too many purposefully blurry shots, backs of crowd heads (from a balcony, particularly late in the show), whip pans and attention to the wrong moments, all at the expense of the stars, i.e. musicians (remember them?) the reason several thousand tuned in. 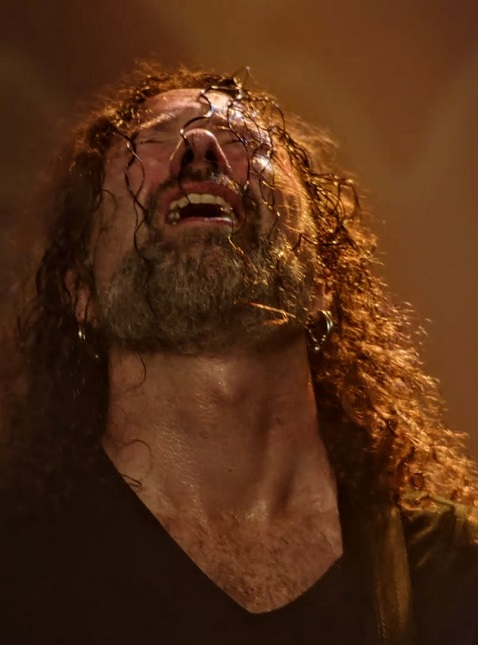 Nearly the entirety of Van Halen's "Panama" preceded the band taking the stage, segueing into the sonar pulses that greet the opening of The Atlantic. Zander and Ekdahl take their places first and introduce "A Silent Arc" before the stringed trio bound onstage. Henrik Danhage wails away on a beat up, paint-chipped guitar. There are people in attendance, evident by an early shot of small groups, seated around tables. There's an almost industrial feel with the rapid edits and dim lighting. Come "Weightless", all onstage headbang wildly. Tom Englund introduces "Distance", saying, "The words I sing here have never been truer." As it ends, there' a pre-recorded chorus outro, with Tom center stage, blurry.

"Passing Through" sees Henrik and Tom, face-off, center stage, for just one of two times tonight. However, the director points his camera elsewhere. Later, back to the crowd, Danhage visits the drummer, for a group headbang. Purple lit "The Fire" focused on Zander's fingers. Between songs, the stage goes dark, central camera remaining out-of-focus until red hued "Leave It Behind Us" begins. Again, Henrik speeds up and down the fretboard, bending strings, but to no avail as the director opts to look elsewhere. He switches to the red, asymmetric guitar for "Mark Of The Triangle". Afterwards, Englund (clearly having a good time, but admitting to the oddity of this set-up) says, "We have songs older than some of you. How old are you? 19? Look 40, sorry!" He admits "a band is nothing without their fans", grabs a beer and toasts to "world health," an acknowledgement even the teetotalers amongst us might agree to imbibe in. 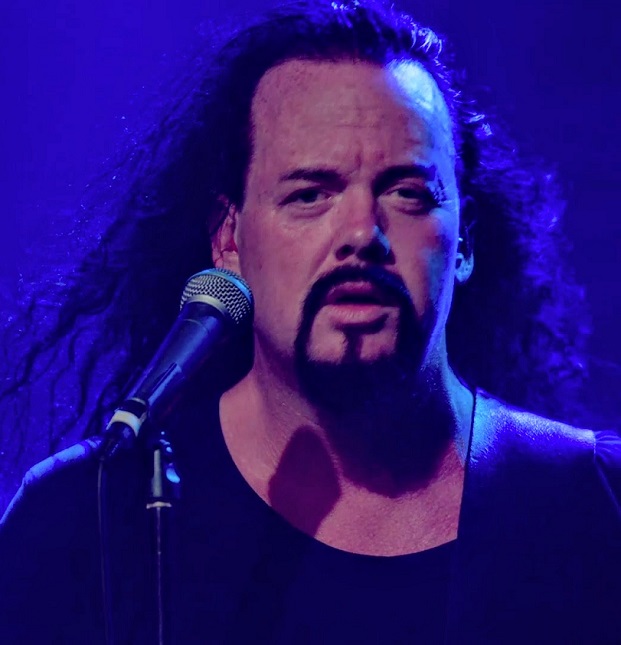 During "The Masterplan" the two guitarists are again face-to-face, trading licks, but instead, there's an artsy shot: blurred image of the stage, via the screen of a fan's cell phone. At this point, the shots haphazardly alternate between focusing on the onstage action (musicians) and things transpiring in the crowd (behind fans, arms up, heads, etc.). Red lights are notorious for washing out details, so "Solitude Within" sees yellow spots crisscross the stage as well. Blue-tinged, Rickard starts "Black Undertow”, Danhage resurrecting the battered axe used earlier. Relating tales throughout, Englund joked about how much videos cost and the fact that their most played track on Spotify ("My Allied Ocean") lacks any such promotion: "Must be our faces. 'No, don't want to see their faces, just hear the music.'" Deep blue introduced "All I Have" turns copper. As it ends, Englund stands, with horns aloft, as Rikard's keys trail off.

The staccato "The Grand Collapse" breaks the blackened stage in a sudden burst of blinding white light. All band members violently bang, lurching their entire body forward. Continuing the oldies, a hazy blue mist envelopes Englund, as he announced the audience participation favorite (clap/sing-along) "Recreation Day". Zander gets a moment to shine, with a solo that leads into a guitar workout, eventually leading to red/yellow bathed "A Touch Of Blessing" which initially seemed to be the finale, but the band added the video hit "King Of Errors". As Tom said, hope we can do this again (for real), all around the world, real soon.