GHOST, MASTODON, SPIRITBOX Ring In The Halloween Season With Imperatour In Tampa! 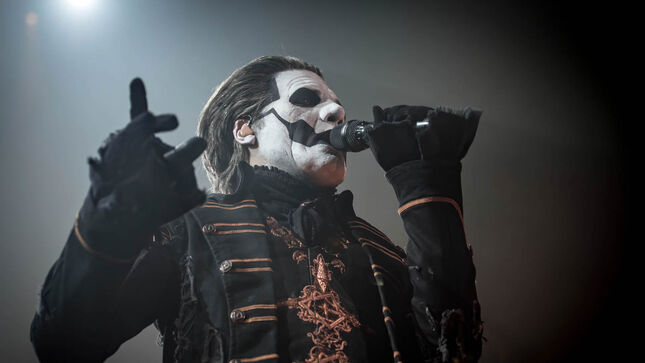 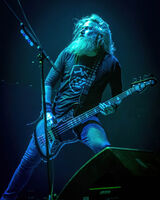 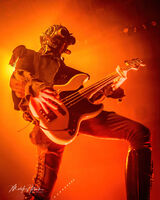 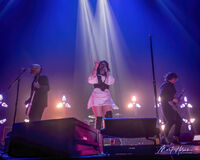 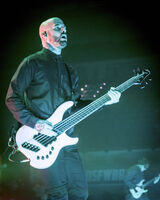 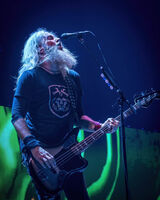 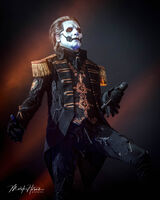 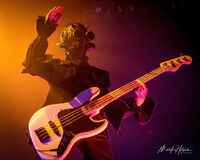 Amid a casual Tuesday afternoon, the students of the University of South Florida peeled their eyes back to the sight of fans bolting to get in line for the only Florida date on Ghost’s Imperatour. With the accompaniment of Spiritbox and Mastodon, the night was expected to be a wicked spectacle of effects, energy and music.

Nowadays, it’s rare to come across a fanbase as loyal and visibly devoted to their beloved Swedish group, Ghost. Decorated fans in diabolical ensembles, girls dressed as nuns known as the ‘Sisters of Sin” and faces of all ages painted in black and white skull makeup portraying that of Papa Emeritus IV. The anticipation for Florida fans brewed for four years. At last, the evening started as the gates of the Yuengling Center began to open.

Canadian heavy metal band, Spiritbox, sparked the flame as the opening act for the night. Fronted by lead singer Courtney LaPlante, the audience steered its attention directly to the stage as LaPlante swayed between fierce melodies to hellishly cut screams. With the release of their most recent album, Eternal Blue, the band introduced themselves with “Circle With Me”, an electric powered ballad led through feverish riffs. Followed by “Hurt You”, “Yellowjacket”, and “Heavy Roller”, hits all off their newest album. Since forming in 2017, Spiritbox has taken the metal scene by storm with no plans of slowing down. While LaPlante’s screams bounced off the arena walls, the band was illuminated with diamond-like spotlights. Closing their set with the latest single, “Hysteria”, Spiritbox left the audience stunned but hungry for more.

Marked with a quick and orderly set change, next up to take the stage were metal titans Mastodon, an American progressive heavy metal band with roots based in Atlanta, Georgia. With eight studio albums and a Grammy under their belt, the neo-psych creatives didn’t hesitate to take the audience on a ride into a captivating ten-song set. Opening with “Pain and Anchor”, the lead single off of their most recent album release, Hushed and Grim, lead vocalist Brent Hinds stands center stage seamlessly mastering dazzling vocal and guitar riffs. With the exception of guitarist Bill Kelliher, all members of the band participated in both instrumental and vocal accompaniment. But don’t let that fool you, Kelliher took his part to the next level, interacting with the audience while performing brutally crisp riffs, occasionally throwing out a guitar pick or two. As their set progressed, fans lost sense of reality while being intoxicated with conscious-expanding visuals. Scenes replicating that of a psychedelic trip cover the stage on a double platform hosting the drummer, Brann Dailor, and keyboardist, Troy Sanders.

Just as things appeared to slow down, Hinds calls to the audience with their newest single, “Teardrinker”. The title of the song itself will catch any metalhead’s attention, and it did not fail to do so either. The melodic vocals ascend listeners into higher realms, securing them down with mind-bending drum and guitar solos. The majority of the setlist was compromised of their newest album release, however, the band did not leave long-established fans disappointed. Classics from their earlier albums also held their well-deserved spot on the setlist, including “Megalodon” off their 2004 release, Leviathan. The entire arena banged their heads synchronously as Mastodon gave their goodbyes with none other than, “Mother Puncher”, a hulkingly metal chant song to close out their set.

Following the two openers, fans started to creep up closer into the general admission pit, leaving only room for curiosity. Seats filled up all the way into the highest rows of the arena. During the intermission, fans talked amongst each other, gushing over what songs they hoped to hear, and how far each one had traveled to make it that night. There was one common factor in all of their answers; and it was their devotion to their artist, Ghost. Fans of all ages filled the stadium, families with their young children dressed in black and skull makeup hung out on the outskirts of the pit, while teens kept themselves anonymous wearing replicas of mystifying masks the Nameless Ghouls wear on stage.

With the surgencies of social media being the ultimate platform for a musical artist host their following, applications such as Tik Tok have revived heavy metal and rock, hitting the younger generation, with Ghost being no stranger to this revival. “Mary On a Cross”, the second single off of Seven Inches Of Satanic Panic, exploded after being used in a fan-made video on Tik Tok. Although not being associated with any specific trend, the sound has been used in over 200,000 videos, with the track now holding over 76 million plays on Spotify.

A cream curtain covered every inch of the stage as the set slowly began to take form. Sacred hymns filled the stadium as the lights started to fade and the anticipation could no longer wait. At last, the curtain dropped, to an explosive opening featuring the eight anonymous band members, otherwise known as Nameless Ghouls. The meticulously executed stage set reveals three massive stained-glass windows, with sacred image portrayals of Papa Emeritus IV himself. “Kaisarion”, the first song on the setlist, opens with an upbeat orchestra of bright guitar riffs. About thirty seconds in, self-proclaimed Satanist Papa Emeritus IV, formally Tobias Forge, runs out center stage to an arena packed with cheering fans. Straight into the next track, “Rats”, it is nearly impossible to take eyes off the theatrics happening on stage. While performing, the Nameless Ghouls exchange wholesome interactions, battling out riffs on opposite sides of the stage. Unlike a typical concert, the occult-rock act hosts a storyline, involving every member and every fan in the crowd. Throughout the show, Papa Emeritus IV transitions through multiple costume changes, most notably being the Papal Robe and matching Mitre, embellished in dazzling rhinestones and the signature upside-down cross symbol. Closing the show with “Mummy Dust” and “Square Hammer”, the crowd is showered with fake bills resembling an American one-hundred bill, with one small difference, they are worth six hundred and sixty-six dollars.

In conclusion, the opportunity to catch this dark and ghoulish extravaganza is not one any metal fan would want to miss. Spiritbox, Mastodon and Ghost offer something for every hard-core rock lover to experience, undoubtedly leaving with a story to tell.