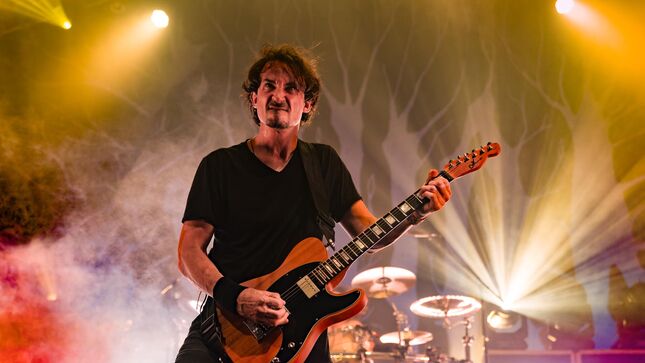 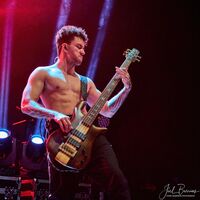 With Gojira back on the demanding tour circuit, all seems well in the world - or perhaps all seems whale. The seasoned heavy metal act has approached 2021 with “Fortitude,” overcoming more than a year of difficulty in the music industry to release their seventh studio album in two decades. This most recent LP came five years after the achievement of 2016’s “Magma,” and it proved that Gojira is still at the very top of their technical game. “Fortitude” placed the band on charts across the world, including the No. 12 spot on the Billboard Artist 100 in mid-May. The promise of a sweeping U.S. tour in the fall was a natural follow-up to such spectacular success.

Lyrics long entrenched with fervent environmentalism - to which “Fortitude” is no exception -  Gojira have had their imagery long associated with majestic beasts of the sea. So, it only seems natural that their comeback tour was as mammoth as the blue whale: it was set to span almost two months, most of the country, and see support from thrash metallers Alien Weaponry and hardcore act Knocked Loose. And as October draws to a close and remaining dates dwindle, Gojira and Co. prepare for the tour’s final hurrah.

First on stage were New Zealanders Alien Weaponry, one of the latest acts to take the metal world by storm with their unique brand of thrash metal. Their set was a rare treat for most fans: the three-piece performs many of their songs in New Zealand’s native language, Te Reo Maori, with themes including the strife faced by the nation’s indigenous people. Headed by brothers Henry and Lewis de Jong, the group performed their short set with fantastic chemistry, and a readily apparent passion for their craft. Percussion resounded in a hearty balance that truly accentuated their sonic style and made up for any heartfelt connection the crowd may have been lacking at first. But by the end of their set, there was little question they had gained a newfound appreciation from all in attendance, and certainly a new handful of fans. 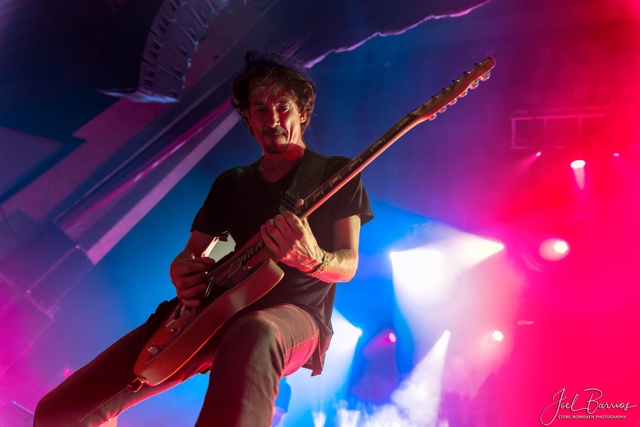 Much of their set was performed beneath muted hues, from oceanic blues to deep crimson, split only by bright beams of white. It was an effective yet captivating approach to highlight their performances on hit songs “Tangaroa” and “Kai tangata.” Given that each instrumentalist pulls double-duty on stage - with Lewis de Jong on lead vocals and the others providing backing vocals - their ability to occupy the stage with motion was somewhat limited. But those limitations didn’t stunt their performance in the slightest: what they lacked in size they made up for in precision, particularly the deep groove from bassist Tūranga Morgan-Edmonds. The most disappointing part of the set was how short it was, and the band was able to play their most recent hits and not much more. Their energy and charisma made up for what they lost in time, and they were able to fully commit their audience to a unique sonic premise with nothing more than sheer musicianship and abilities as performers.

Next up were Knocked Loose, and they roared onto stage with their caustic and abrasive brand of hardcore, not an ounce of hesitation holding them back. From the very first note they had made it more than clear that their one objective for the night was to play loud, play heavy, and enthrall the crowd with breakdowns. There were times where it felt as though the venue would tear open under the fury of Bryan Garris’ shrieks and their inhuman pitch. The group headbanged in perfect sync through brutal breakdowns, like the standouts “Guided By The Moon” and “Deadringer.”

The crowd was absolutely rabid by their closing song “Counting Worms,” the entire venue filled with non-stop motion from their hypnotic influence. They soaked up bright lights, explosive suns in shades of yellow and gold, setting guitarist Isaac Hale aflame as he leaned out towards the audience. Each instrumentalist was fully engaged with the crowd, making eye contact as they shredded their way through even the most demanding songs. “Mistakes Like Fractures” was just one example of their seemingly effortless confidence, every motion as spontaneous as it was sure, certain to elicit joy from the gathered crowd. Lots of interaction and charisma made each note of heaviness all the more enjoyable.

Gojira were more than eager to tease with an initial bout of mystery between sets, knowing full well that the buzzing crowd was primed and ecstatic after two thrilling openers. The headliners began their set behind a translucent curtain, onto which a countdown from 120 had been projected. After the seconds ticked away beneath a sea of screams the silhouettes emerged, enigmatic and sometimes formless as they moved to their places. It was tantalizing, seeing these shapes above the stage larger-than-life, painted in black against shifting lights. For a band so driven by technical focus, this amorphous beginning to a full set was finally ignited when the curtain fell in a single heartbeat to reveal the band in full.

All eyes on the stage and concert goers still reeling from the initial theatrics, Gojira launched headfirst into “Backbone.” Drawing from the earlier albums of their discography, this song was shortly followed by the infamous “Flying Whales.” If there were any song of the night to pick as a highlight, this would be it. The audience flew into blind ecstasy at this familiar hymn, their frenzied cheering matched only by the sharp execution of lead guitarist Christian Andreu. Often directly at the front of the stage, his technical skills were on full display as he dove deep into the demands of “Amazonia.” It was this focused musicianship that led to such an electric response, exchanging raw charisma and skill in equal measure. Attendees were also treated to the visual feast of lights and painstaking production brought along for the ride, all perfectly harmonized to the prepared performance.

The ninety-minute set drew primarily from “Fortitude,” but built the setlist with familiar favorites at the front end and the encore. While newer singles like “Amazonia” have already built up an impressive reputation, there was nothing quite so stirring as longtime favorite “L'enfant sauvage” played just before the lights fell. Newer material rode the high of more familiar melodies to fully commit the audience to Gojira’s vision. Sparing use of additional audio allowed the live renditions to stay true to classics, and complemented the longtime performers with seamless fluidity. Striking strobes and a flawless vocal performance from Duplantier truly let this headliner bring an ocean of awe and inspiration down on all in attendance. Relentless until the very final notes of “Vacuity,” Gojira was a near perfect display of technical death metal in all its glory.