INSOMNIUM – Digging The Grave In The UK 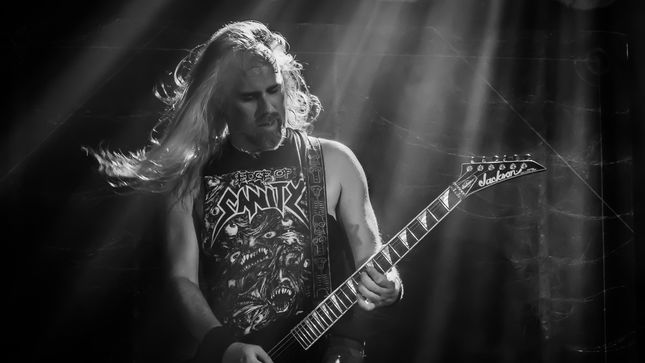 Finnish melodic death metallers Insomnium are currently bringing their sounds of melancholy to Europe and will be coming to North American in March/April.

It took nearly 25 years for these guys to grow from a small town band to global headliners, but today they are playing fantastic music, full of melancholic melodies overlaying mind-blowing guitar riffs. Their first albums were very successful, and every subsequent album was a step forward, and it’s no different with their latest record, Heart Like A Grave, which BraveWords’s Ryan Owenson praised in his review.

The European tour in support of the last album started in October 2019 and all concerts in Finland were sold out three weeks before the first show. The tour in the U.K. was under a big question because of the Brexit uncertainty – until the last moment, it was not clear what would happen and if the band would be able to travel to the country. Fortunately, the situation has somewhat stabilised and the tour went ahead.

The concert in London, UK, on Sunday 19 January was in Islington Assembly Hall – a really unique art deco venue that added to the experience. It was a great show by Niilo Sevänen, Jani Liimatainen, Markus Hirvonen and Markus Vanhala. And what is clear – the Insomnium guys are great showmen. There is plenty of bands playing great songs, but when it comes to a live show, too often they turn out to be just shy figures that do not lift their eyes from the guitars. Nothing like that here – for good two hours Insomnium were performing a well-orchestrated and thought through dance, with heads banging and guitars flying all over the stage, keeping the hall’s attention at all times.

There will be other twenty-odd concerts in the UK and Ireland, and then, after a few weeks at home in Finland, Insomnium will be coming to the US and Canada in March and April. Check the show dates at Insomnium.net.

Special thanks to Tristan Pratt (The Noise Cartel)