INTRANCED - Ever Listen To The Evening Wind? 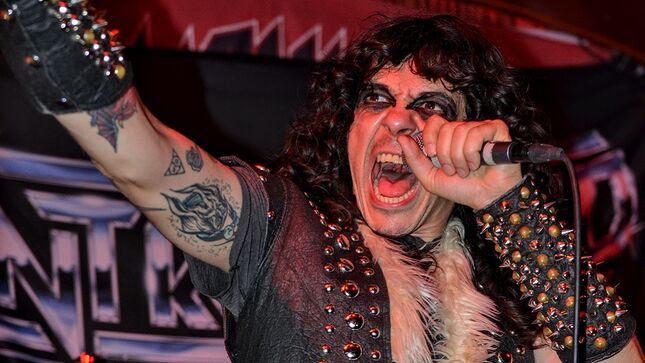 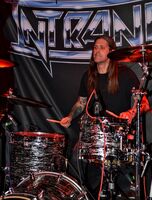 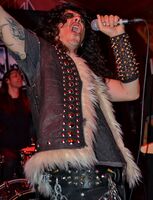 Yes, the NWOTHM waters are getting over populated. Not a bad thing, but makes it more difficult to discover the wheat, from the chaff. Definitely check out Intranced, a new name, but with a pedigree that includes former members of Holy Grail and LA based Fortress. Although they only have an Ep to their name (and not even out when they jumped aboard the latest Haunt US tour), the band's roots were highlighted, by a selection of tunes from previous bands, as well as a surprise cover tune.

Some of Philly's most devoted metalheads convened at Kung Fu Necktie, many for the first time in several (pandemic) years, but they know a good thing when they see/hear it. Kicking off with "Upside Down" (not the Diana Ross tune), which was the initial song released to the public, the one guitar quartet thrives on the underdog role (opening tour slot), going straight for the jugular. Black circles around the eyes, James-Paul Luna, in fur lined, studded leather vest seemingly resurrected from Sonny Bono's 70s wardrobe, got in the face of those standing close to the tiny stage. At one point, he even jumped off the stage, to headbang wildly, with fans. "Dream Lover", is easy-to-sing, thanks to the repetitive titular chorus and by the time it was completed, think there were a few new aficionados in the audience. Stage left, Fili Bibiano sped up and down the fretboard of his Flying V (OK, maybe not so much on the more emotive, Spanish infused  "El Gran Deseo"). Fili in Philly, for the first time. The others have been in town before, Luna having previously played this same bar, twice! Opted to add the Michael Schenker Group chestnut "Lost Horizons" to their repertoire. Not the most "known" MSG track, the faithful rendition is another guitar player showcase, as well as demonstrating the band's depth of music history/knowledge. On a minimalist kit, drummer Ben Richardson set the pace, typically one destined for redlining engines, particularly on the White Wizzard ode to fast cars, "High Speed G.T.O." and the closing, signature tune. Can you say high energy

After the tour, attention will turn to getting a full-length recorded. Don't wait, get onboard, now. The music will leave you Intranced!