MEGADETH / LAMB OF GOD - The Metal Tour Of The Year Blasts Rochester! 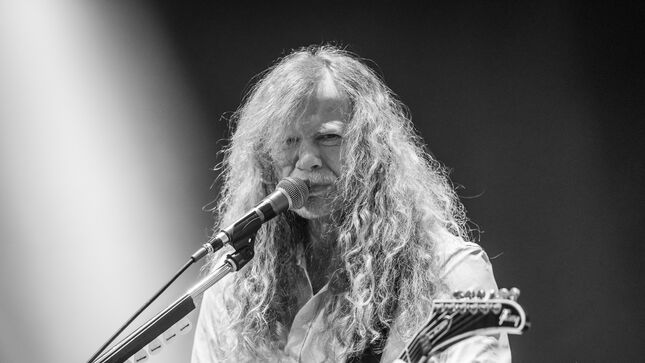 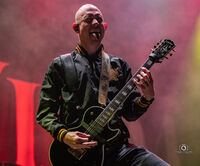 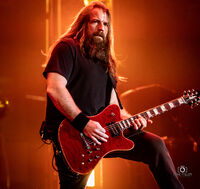 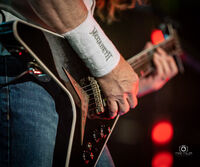 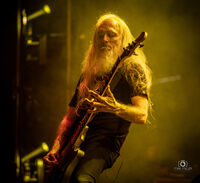 On Tuesday May 10th, The second leg of Metal Tour of the Year blasted through Rochester, NY at the Blue Cross Arena. The tour consists of Megadeath and Lamb Of God as the headliners with Trivium and In Flames as the openers.

The show was rescheduled due to Covid-19 multiple times so there were some tickets available for purchase the day of show. Fans filled the lower bowl and floor section when doors opened at 5 PM. The show kicked off right on time at 6 PM with In Flames opening with “Cloud Connected”. Many fans in the front against of the barrier sang along to each word the singer Anders Friden belted out. Usually the lighting for the opener bands is subpar but, not on this tour. Their stage lighting was more than a consistent color, but with multiple changing white strobe lights. In Flames ended their set with one of their more popular songs “Take This Life”.

Next up was Matt Heafy’s band Trivium. Each show this tour they stream their whole set on Twitch. They have a camera on the side of stage with the monitor audio hooked into it so fans can hear clear audio. Halfway through their set, Heafy said the crowd was very chill and calm. He also said that the craziest crowd they had so far was in Nashville, TN and seemed disappointed to say. The crowd had an uphill battle at this point, but at the end of the show he stated they won the chillest crowd award of the tour (sarcasm hinted).

Now it was time for the big boys to come out. After a 30 minute set change over, a black curtain was dropped to cover the stage. Lamb of God started their new song Momento Mori to open their set, and the crowd immediately changed from calm to crazy. There was a huge fast moving circle pit that opened in the middle of the floor. Fans were seen crowd surfing, moshing and all around enjoying the music. During the song “Walk With Me In Hell”, the singer Randy told the crowd “It is time to warm up”. This was foreshadowing to the fact that large hot fire balls would be bursting into the air during this song. Whenever he mentioned the word “hell” there would be huge flame bursts arise from the stage. In total they played 12 songs, some newer but many were older songs that had established them in the metal scene as a popular band.

At this point in the show some fans had left after Lamb Of God’s set (mostly some younger fans). But many arrived fashionably late to only see Megadeth. Dave Mustaine throughout the years has maintained his guitar virtuoso and singing abilities. Tuesday night was no different, he still has it. Megadeth also used a black curtain to cover the stage from the crowd before they started. It seems they had some technical difficulties before they started as their techs were rushing around after their schedule start time of 9:45 PM with no band on stage yet. Minutes later the curtain dropped right as the first note was played. The stage was filled with Marshall half stacks everywhere and drummer Dirk, atop his huge drum riser. They had LED video screens in between each row of Marshall half stack amps to add to their visual show. Above the stage were many long LED light bars in various patterns and the use of laser lights made their lighting easier to photograph. Megadeth played their typical setlist with many fan favorites like “Hanger 18” and Peace Sells” but had new songs inserted as well. Their 65 minute set brought an end to a great metal show.