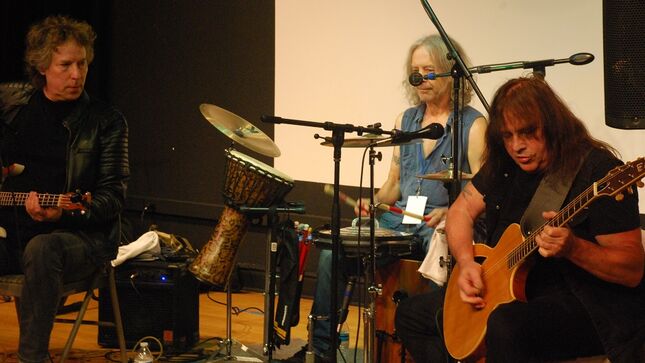 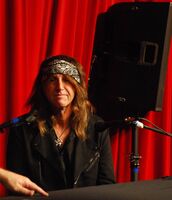 Going on its 5th year, the Metal Hall Of Fame hosted an anniversary event in New Jersey on September 12 at the Middletown Arts Center. To accommodate the changes and restrictions during Covid-19, Metal Hall of Fame founder Pat Gesualdo, also from the D.A.D. Drums And Disabilities program which helps children and adults fight disabilities, arranged a small event and gathering for the 2021 inductees. That included a live pre-show interviews with guests, a live performance, and the video premiere of the 2021 Metal Hall Of Fame Induction Gala available to viewers throughout the world at Volume.com/metalhalloffame.

Hosted by Eddie Trunk (radio DJ, That Metal Show), and Keith Roth from Sirius XM's Ozzy’s Boneyard and Hair Nation, guests included Jay Jay French (Twisted Sister) speaking about the relevance and longevity of this music and his book Twisted Business, inductee Mark Weiss who was in the art gallery signing copies his book The Decade That Rocked, Jerry Wayne Gaskill from Kings X, album cover artist Ioannis (Fates Warning, Heaven, Quiet Riot), and Manowar and The Dictators guitarist Ross The Boss. The Dictators, with Ross The Boss, Andy Shernoff and Albert Bouchard (founding member of Blue Oyster Cult), introduced their new singer/guitar player with a special acoustic performance at the event.

“The world premiere of the pre-recorded 2021 Metal Hall of Fame Induction Gala is a great way for all hard rock and heavy metal fans around the world to take part in our annual event,” says Metal Hall of Fame spokesperson Owen Kennedy. “Unfortunately, we had to do a recorded video gala in 2021, as a result of Covid 19 lockdown restrictions. We are excited that as of now, the annual 2022 Metal Hall of Fame Gala will be back to normal in January and held in person.”

The 2021 Metal Hall of Fame Video Inductees are: