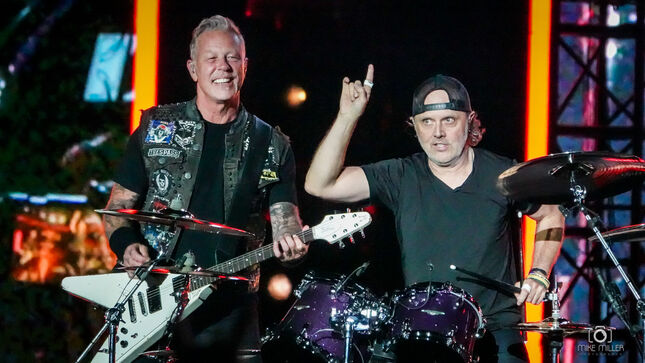 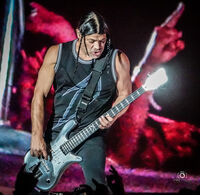 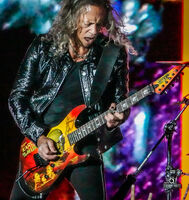 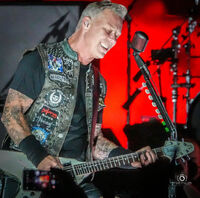 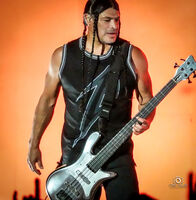 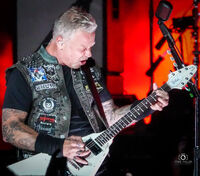 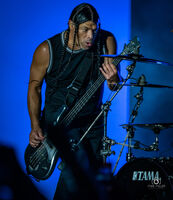 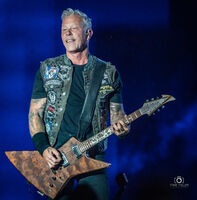 Thursday August 11, will be a very special night for many people in Buffalo. Not only was there massive, record breaking traffic around Highmark Stadium, but it marked the return of Metallica to Buffalo. Metallica played their second out of three shows in the USA this year at Highmark Stadium, home of the Buffalo Bills. For support they brought Ice Nine Kills and Greta Van Fleet.

Ice Nine Kills (sometimes stylized in all capital letters or abbreviated to INK, and formerly known as Ice Nine) is an American heavy metal band from Boston, Massachusetts who are signed to Fearless Records. Best known for its horror-inspired lyrics, Ice Nine Kills formed in its earliest incarnation in 2000 by high school friends Spencer Charnas and Jeremy Schwartz. Charnas is currently the only remaining founding member. Their drummer Patrick Galante, is from Buffalo so this was a special show to be opening for the biggest metal band in his hometown.

The last time Metallica played this stadium, it had a different name and was on July 25, 1992. It has been many years since then and Metallica has vastly grown their fan base and released many popular songs and albums since then. Most of their setlist was older songs. This is because a majority of their fan base grew up with their older material.

Metallica hit the stage at 9 PM sharp. When the “Ecstasy Of Gold” video intro started, the place went nuts. Packed with 40,000 screaming diehard fans, you could feel the energy in the air and tell this was going to be a special show. As the first song “Whiplash” started, Lars Ulrich the drummer, appeared from below the stage on his drum set on a lift. There were microphone stands all over for Metallica to sing from. There was another drum set in the middle of the stage which Lars would use later in the set. There was a “snakepit” in the middle of the stage filled with fans. The walkway circled around them so any fan inside it had the perfect view of the whole show. These tickets were given away to their fan club members.

There were also huge vertical video screens to show the rest of the stadium the action on the stage. Custom banners hung from each side of the stage with the date and the city on the bottom. Metallica also was selling special Buffalo only merch and had special guitar picks made with the date and city on them. Metallica also used pyro many times from atop the stage and on the sides in the empty seats.

We would also like to extend our thanks and gratitude to Pegula Sports Entertainment. Mike Whitney and Dominic Verni were great hosts. They supplied a great landing area in between bands for the photographers and supplied drinks and food which made the show more enjoyable on a hot Buffalo summer day. 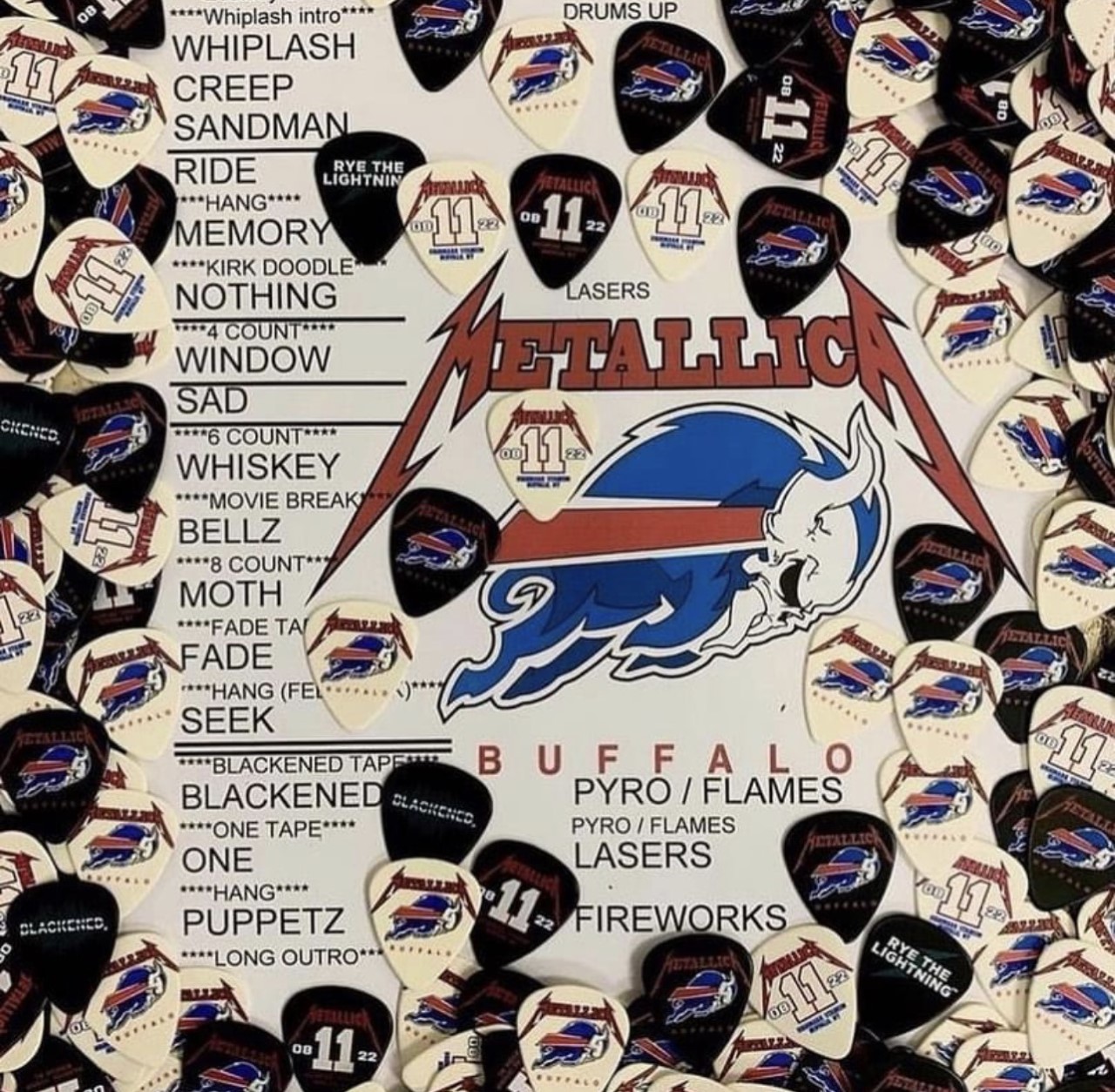 Setlist:
“Whiplash"
"Creeping Death"
"Enter Sandman"
"Ride The Lightning"
"The Memory Remains"
"Nothing Else Matters"
"Dirty Window"
"Sad But True"
"Whiskey In The Jar"
"For Whom The Bell Tolls"
"Moth Into Flame"
1"Fade To Black"
"Seek & Destroy"

Encore:
"Blackened"
“One"
"Master Of Puppets"