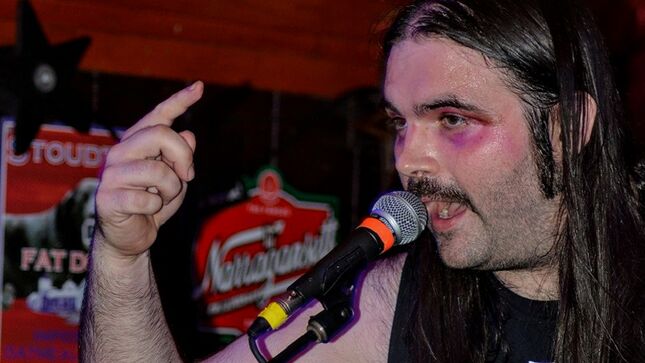 Post-pandemic, the flood gates have opened. Everyone laying dormant for the the last 2+ years has hit the streets (and concert halls). In a matter of days, a multi-day card of second & third tier, late ‘80s hairbands would invade the old ECW arena across town, including Autograph, Killer Dwarfs, Pretty Boy Floyd, Tora Tora, Every Mother's Nightmare, Roxy Blue, Spread Eagle, Dirty Looks, Hurricane and Steven Adler (ex-GN’R drummer). How many, if not original, at least members who were there in the ‘80s heyday, are left in these bands? Already announced, this fall the casino circuit will host a bill featuring Skid Row, Warrant, Firehouse & Heavens Edge. With only so many metal fans, limited disposable income and ever dwindling venues, how are all the upcoming bands supposed to find an audience, let alone a place to play? They'll go anywhere they can, including the crammed confines of corner bars, like Kung Fu Necktie, which barely holds a couple hundred, completely packed. Rock ‘n’ roll is a nasty business!

Hats off for fighting upstream, against the struggle. Here are two bands that do things their own way and, in a just world, would be rewarded for it. Instead, it's a mid-week gig, in one of America's largest cities, attended by just a handful of diehards: the few already "in" on the secret. Good news, the beer selection was undoubtedly better here (some craft brews and on tap, but why, when 16 oz. of blue collar staples like Hamms or Rolling Rock were half the price, at just $3 a can?), plus admission was a mere fraction of the $100 a day the old-timers were commanding. Fifth night of a 10 day run and Sarabeth Linden, singer/front woman/focal point for Tower, was under the weather. Apparently she blew out her voice and thus did not attend, at all. Can definitely belie it, the way she shrieks and wails onstage! Don't know how badly she felt, if it was Covid related isolation, or something more serious, but even without a voice, she could have made an appearance (without singing), even just for a few songs, to interact with the fans, go crazy onstage. Then again, maybe the temptation is too great: once onstage, it's all or nothing.

Judging from past performances, I'm gonna bet that's the deal. She can't do anything half way. The guys in the band came in, had a shot & a beer, at the bar, and relished just playing, sort of a paid rehearsal. They already have "Metatron" as part of the set, but tonight was all instrumental, an absolute blinder, speeding from start to finish! Hopefully they won't have to endure any similar situations in the future, but if they do, could announce a few song titles along the way (I know, they're musicians, not used to being on the mic). Guitarist James Danzo did ask if anyone knew the words to their “Shock To The System”, mockingly hoping that someone from the crowd would substitute for Linden tonight. Fat chance. "We're gonna play a lot of songs in a row," and with that, they tore into their signature tune, from the eponymous 2016 debut on The End Records. "Running Out Of Time" is staccato, almost punky riffs, all the more revved up, minus lyrics. The infectious "Run For My Life" retains its catchy melody, devoid of the words. Sort of moseying along, to start, "Prince Of Darkness" eventually sees an urgency kick in, along with some wild guitar. Normally, it segues into the aforementioned "Metatron", providing an extended, instrumental guitar break. Tonight, the whole set was that way. Only time I truly needed vocals was for "Lay Down The Law". Heard it so many times, just didn't feel right without Sarabeth. The concluding "Elegy" is built similarly to "Prince..." is that the initial half is a slow thumping plod, then takes flight. Glad to have witnessed a rarity, in the Tower career, but next time, want the complete package. 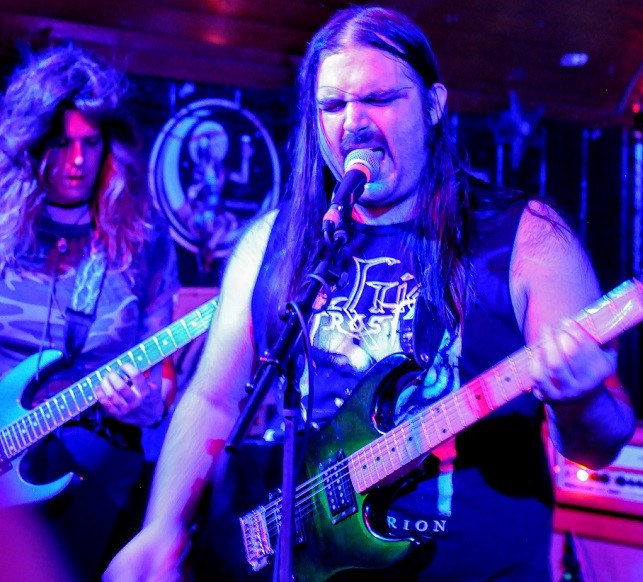 The plan was for Tower to headline, but with no singer, they let the locals, Morgul Blade go on last. 11 PM curfew on a Tuesday night, so everyone could stay till the end. It was the band's fifth gig overall and first in their hometown of Philadelphia, having played a string of dates, earlier this spring, on their way to Chicago, for Legions Of Metal. A day later, frontman/guitarist (and usually, synthesizer/effects wizard, although machine was absent from the Kung Fu Necktie stage) Klauf (who may or may not be Rich Klaus, in real life) posted his reaction, online: "Philly Philly Philly, where do I even begin? You guys showed tf up, and rocked the tf out, on a Tuesday night nonetheless! Seeing people show up, in my hometown that I love so much, to see songs I wrote to battle boredom and depression, was truly a more surreal feeling then any words could quantify. I never thought I’d be where I am, but I gotta admit, I’m loving every goddamned second of it. Thank You!" To say he was pleased, is an understatement.

Bass and the two guitars across the front of the postage stamp size enclosure, the other axe handled by High Priestess NightHawk, a PHL scene veteran. Much the same running order as back in May (but most had no idea). The music is a mix of majestic, almost pagan/Viking sounds, intermixed with a power metal sense of melody and a grisly black metal edge. The slow gallop of "A Last Waltz Of Gevaudan", sees the vocalist adopting a sinister, black metal voice, as opposed to the short/clipped, barking delivery used elsewhere. A few flagons of mead should be swilled during "In The Grip of The Dark Lord", begun with clean vocals, before reverting to more gremlin-like tones. There's a sneaky melody winding through "Sons Of The Night" and maybe a death grunt homage (or two) to Tom G. Warrior. The Fell Sorcery Abounds title track also utilizes the dual vocal styles, within a more aggressive (albeit still catchy) context.

Closed my last review of their concert with the same line, but it still rings true: Damn this band needs to play more often, so even more people can see/hear their unique presentations.