Words and photos by Tamara Igleheart 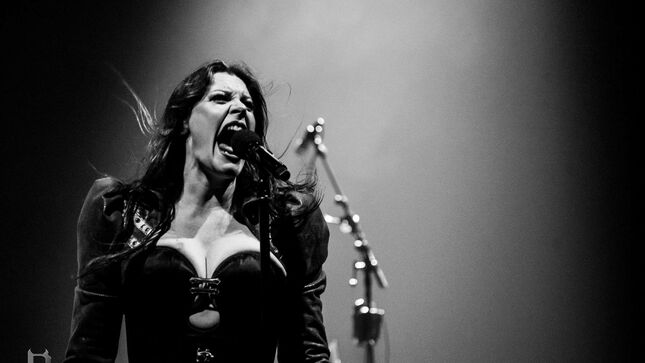 Finnish symphonic metal band Nightwish played two sold out shows at the Wiltern Theater in downtown Los Angeles, CA on Friday, May 20th, and Saturday, May 21st, 2022, and they kicked the weekend off with a bang! The double LA shows marked the end of their first North American tour back after the Covid-19 pandemic sidelined live music. Fans packed into the massive music hall, and eagerly awaited the performance that had been postponed for so long.

Nightwish made their way to the stage while the percussion intro to “Music” rang throughout the auditorium, and strobe lights pierced the darkness. Once everyone was in place and fully illuminated, the band started “Noise.” The energy in the room was palpable, as the crowd sang along and moved to the music. Front-woman Floor Jansen has an ethereal, operatic voice that serves as a great contrast to the hard-hitting guitar riffs and drum beats.

Although Marko Hietala’s departure from the band last year was a loss, session bassist Jukka Koskinen (Wintersun) has replaced him and has been doing a wonderful job as part of Nightwish. The band has gone through a few lineup changes over the years, but one constant is beautiful, heavy music and an incredible live performance; Friday night at the Wiltern theater was no exception, as they played through a myriad of songs from across their discography, including “Dark Chest of Wonders,” “Last Ride of the Day,” and “Ghost Love Score.” The extensive 17-song set was masterfully executed, and even though the band had just played for about two hours, they still left the crowd wanting more.

Nightwish is a band that is not to be missed when they come through your city!