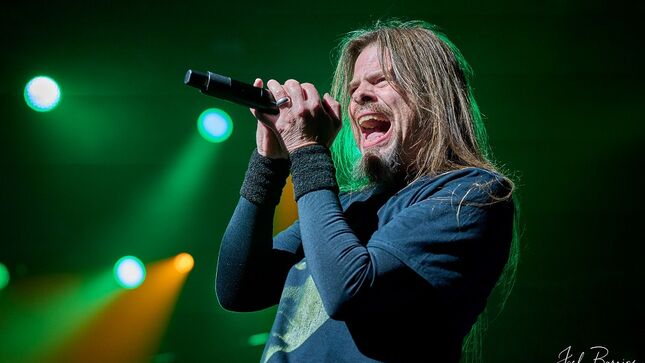 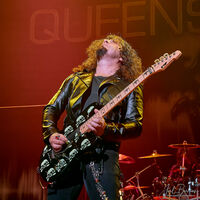 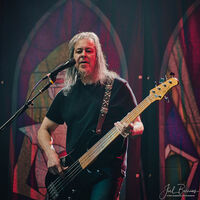 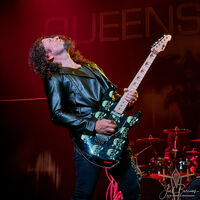 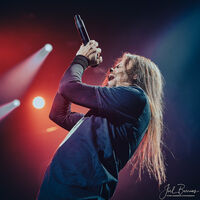 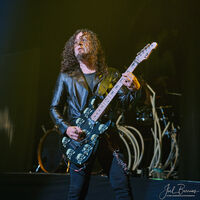 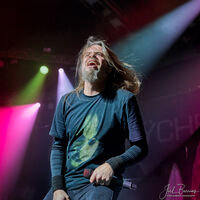 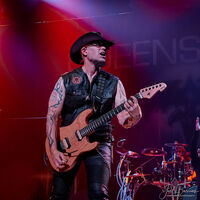 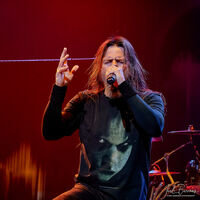 Melodic heavy-progressive icons Queensrÿche has been acting as the opener act for the most recent shows of the Judas Priest's "50 Heavy Metal Years", and the band’s brilliant performances are consistently proving they were the right choice as openers, capable much more than simply warm up the crowds waiting for the Metal Gods.

The band's line-up have remained stable for some years now, with the exception of the recent inclusion of Mike Stone as the replacement for long-time axeman Parker Lundgren who left the band in 2021 to pursue other non-musical adventures; and the quintet has done their best to climb back to their once-trailblazing path of the ‘80s and ‘90s, were the band's name was a synonym of innovation and excellence.

Their new material is fresh and purposeful, and the gentlemen behind it are definitely winning back an audience that gave up on them many years ago. Todd La Torre is a charismatic front-man who relishes his role in the spotlight, and his passion for performing live was evident in every song he sang. He consistently displays his otherworldly vocal talents, easily belting out challenging tracks like "Take Hold Of The Flame" and "Eyes Of The Stranger," and absolutely owning them.

Drummer Casey Grillo, who was the first band-member to take the stage - and sadly was barely visible behind his new drum-kit, with deep blue lights and shadows surrounding him for most of the set - provided the usual surgical and thunderous backbone, seamlessly complementing Eddie Jackson monstrous tones, born in the heyday of metal music. Despite Jackson seemed rather reserved standing behind the microphone, his stage presence was thunderous and felt by all in attendance.

Michael Wilton is a guitarist that certainly lives up to his nickname, and he whipped his fingers across the frets leading the twin guitar melodies. He shredded through both timeless hits and new songs with precise and effortless movements on his skull-adorned six string, as the fans cheered with wild approval. Wilton continues to play with the kind of over-the-top enthusiasm that brought these guys to legendary status in Seattle and around the world.

Mike Stone, donning a cowboy hat and taking the far left of the stage, did a stellar labor complementing Wilton's playing, tearing through the setlist with the polished confidence of someone who is a seasoned professional. Queensrÿche is by no means playing a short set-list during this tour, clocking on 12 tracks in total, and a couple of highlights of the opening night were the return of "Warning" and "En Frorce," two songs that have not been played live since 2015.

Usually I'd conclude a live show chronicles by recommending our readers to catch the band(s) tour if I enjoyed the night. This time around, we will take a step further, just to let you know the full dimension of what you would miss. Stop reading right now, go and buy a ticket for this tour while you still can. In addition, when the day of the concert arrives, drag yourself out of whatever place you might be holed up at, and do not stop until you are in the first row. You’ll get a minimum of 3 hours of high-octane music at its purest form, played with over-the-top skills and total aplomb by two bands at the top of their game. I guarantee you this will be the one of best-spent money in the year.