SAMMY HAGAR AND THE CIRCLE - There's Only One Way To Rock In Florida; Review, Photos

Images And Words By Joel Barrios 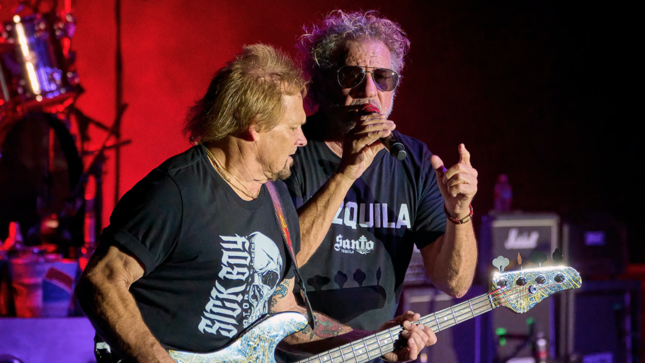 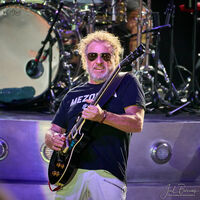 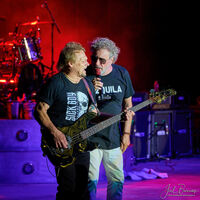 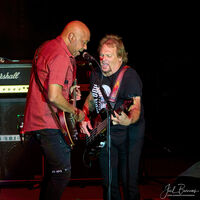 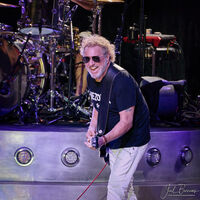 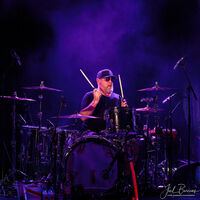 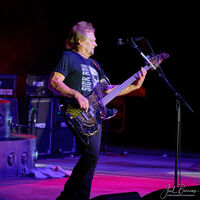 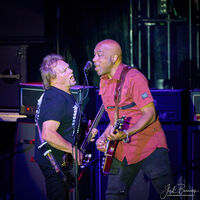 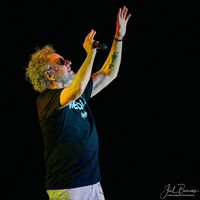 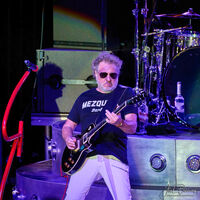 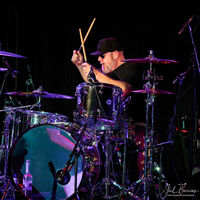 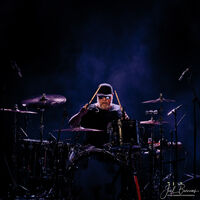 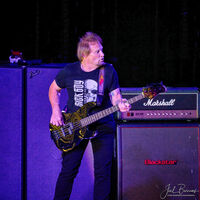 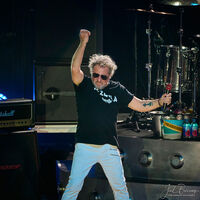 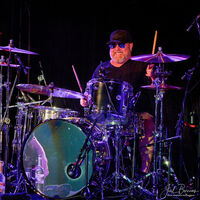 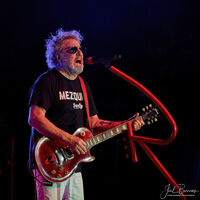 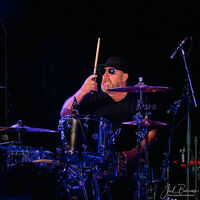 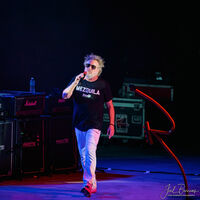 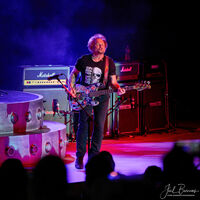 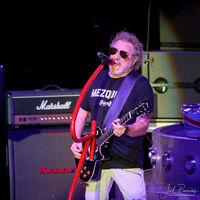 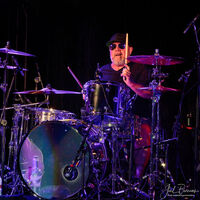 A packed to the brims venue, tequila and bloody good rock n' roll songs? That is surely the recipe for a great party and what you are getting at any Sammy Hagar and The Circle concert.

There are every few rock personalities still active nowadays with such a lengthy and storied career as the San Francisco legend. The Red Rocker not only exudes the experience of decades belting out tunes with Montrose, Van Halen, the Waboritas, or Chickenfoot, he simply wears out the stage in a complete exhilarating and joyous fashion, leaving no doubt about the fact at 74 he can still drive 55.

The second Hagar and his comrades hit the stage they were greeted by a loud and rowdy audience. Who says older generations cannot get crazy on a school night? It surely seemed those rules did not apply as the audience couldn’t have been louder throughout the entire duration of the spectacle, with almost 90% of the presents standing on their feet, and waving their hands and their plastic beverage cups in the air.

From new to old, Sammy, his cohorts – longtime Van Halen partner-in-crime Michael Anthony, Vic Johnson on guitars and Jason Bonham (son of Led Zeppelin’s legendary drummer, John Bonham) – effortlessly waded through an 18 songs set-list, starting off with his massively successful single "There's Only One Way to Rock," touching his Montrose era with a soaring rendition of "Rock Candy," and then alternating between tunes of his solo career like "Little White Lie," and "Your Love Is Driving Me Crazy" with the sempitern crowd-pleaser anthems of his Van Halen days.

Sammy's carefree stage persona instantly transported the audience to what felt like a best friend’s party on the beach, where your friends were glad you showed up. In excellent vocal form, and with Michael Anthony outstanding background vocals providing high-reaching harmonies – he also took on the lead vocals for "Ain't Talkin' 'bout Love" – Sammy played guitars, took slugs of booze out straight from the bottles seating in the drum riser, danced and chatted up the crowd, rocking with the same energy, as it was 1978. Several other "Van Hagar" era tracks resonated through the amphitheater: the poignant "Right Now" which they dedicated to their late bandmate Eddie Van Halen, the radio hit "Why Can't This Be Love," and even a supercharged rendition of Zeppelin's "Rock n' Roll."

Telling the crowd that he hates leaving the stage before an encore, Sammy stated: “my ass will leave the stage when I am done.” At that point, I thought they would play "Dreams," which is probably my absolute favorite Van Halen track, or maybe a Chickenfoot song, however they closed down with the combination of his colossal and commercial hit "I Can't Drive 55," followed by Sammy introducing the band, and an excellent interpretation of the power ballad, turned into strong live cut “When It’s Love.”

To my eyes, Sammy Hagar certainly remains a source of inspiration to anyone who has dreams, embodying a rock star attitude despite pushing over 70 while projecting himself as a down to Earth guy, despite living a life of wealth and luxury. Sometimes great shows are not about over-the-top production, but rather having the ability of connecting with the audience as an old friend. Whether you are drinking Sammy’s own brand of rum or tequila or not during the shows, it is hard to beat him and his band at delivering an ever-energetic and adrenaline-charged good time.