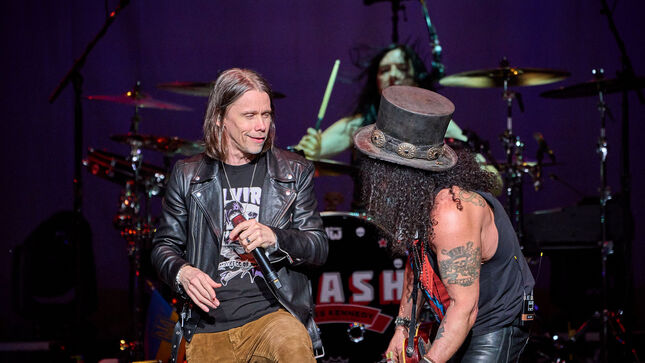 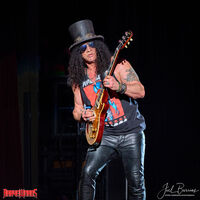 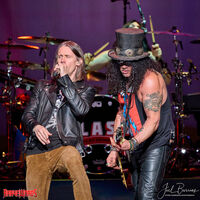 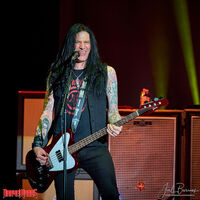 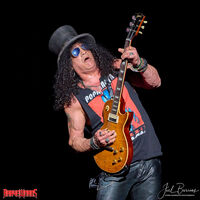 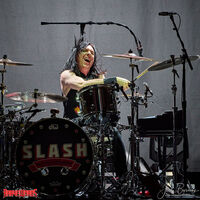 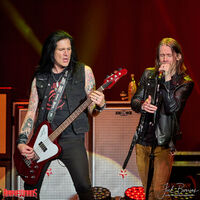 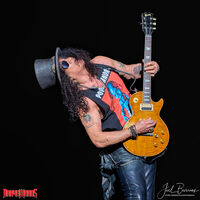 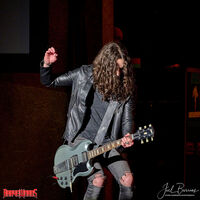 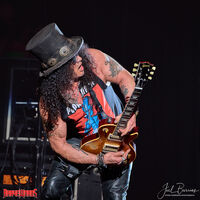 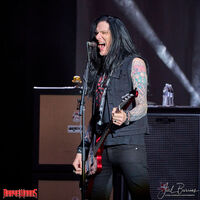 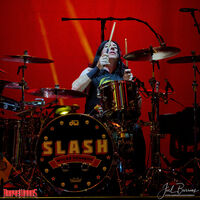 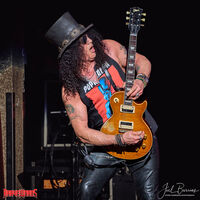 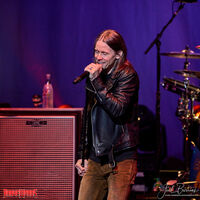 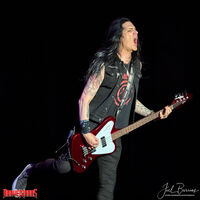 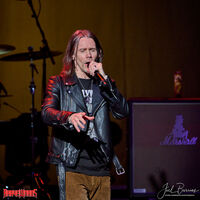 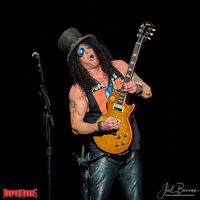 Undisputed member of the selective pantheon of the most successful guitar players of our generation, Saul Hudson – internationally known as Slash – is not one to stay idle. When he’s not playing stadium with the reformed line-up of Guns N’ Roses, he is either recording or on the tour road with his solo band Slash featuring Myles Kennedy and the Conspirators. Now, SMKC is much more than a side project as many would initially think. A decade and four albums into their career, Slash and his bandmates Myles Kennedy (vocals), Brent Fitz (drums), Todd Kerns (bass & Vocals) and Frank Sidoris (guitar & vocals) form a rock-solid musical collective, whose music is a vibrant amalgam of memorable guitar hooks and compelling melodies, big choruses, and even bigger riffs.

SMKC’s most recent album simply entitled “4” was released this past February to critical acclaim, debuting as the #1 Most-Selling Hard Rock Album during release week, and placing its opening track and first single “The River Is Rising” on #7 on the Active Rock Charts, marking their 8th consecutive Top 10 single at radio. Shortly after Slash and his bandmates embarked in a headlining US tour that ended this past Saturday at the Hard Rock Live in Orlando, in what turned out to be an unwavering avalanche of wailing vocals, thick guitar and bass riffs, roaring drums fills and Slash signature guitar tone and remarkably fluid solos. 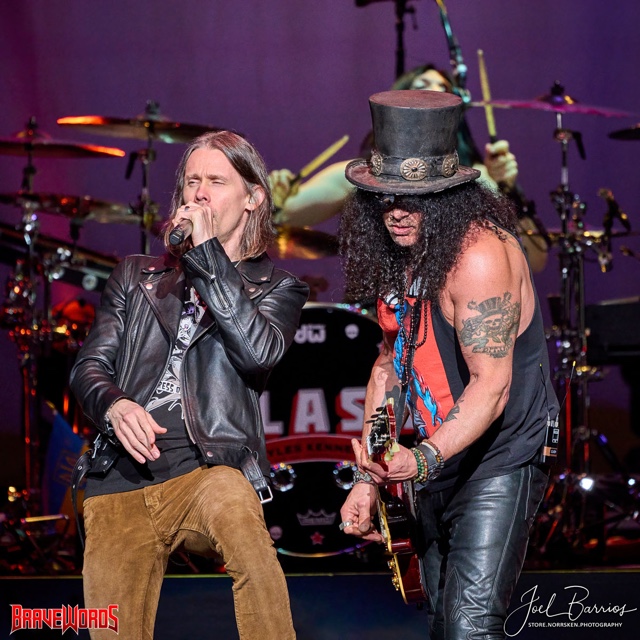 Playing to a full house, the band set things in motion with the crunchy opener “Driving Rain,” and the energy and engagement pulsating through the audience only rose exponentially from there on. Although the spotlight is understandably on Slash’s guitar wizardry, the rest of SMKC are stellar musicians who can set the bar as high as you could possibly imagine when it comes to incendiary rock prowess. Myles Kennedy moved around the stage smiling at the crowd and pointing out at fans in the first rows, while belting out effortlessly song after song, alternating soaring vocals with cleaner, more melodic textures and melodies, all the while Kerns and Fitz punished their respective instruments, locking down a dramatic and thunderous groove, on top of which Sidoris rhythm and at times metallic guitars served as a picture-perfect wrapper for Slash fiery and dramatic solos that at times channeled Zeppelin, Alice in Chains, Purple or even brought us back to the “Use Your Illusion” days. 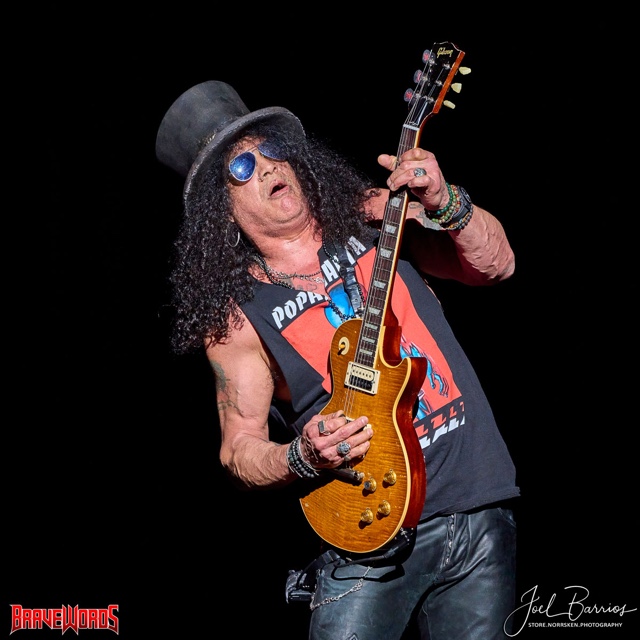 The 21 songs setlist had something from everyone, from the band dusting off “Speed Parade” from the Slash's Snakepit era, to Todd Kerns taking over lead vocals for the Lenny Kravitz song, “Always on The Run,” to a poignant moment when Slash took to the microphone to talk about Foo Fighter's drummer Taylor Hawkins tragic and untimely passing, before jumping into an acoustic version of “Starlight.”
"I'm sure most of you are aware that we lost a really close friend of ours last night — Taylor Hawkins, the drummer of the Foo Fighters. First of all, he was a great fucking guy — a fucking sweetheart. He was a really good friend and a kickass drummer – Slash told the audience. "We're completely crushed that we've lost him. So, we wanna do a song tonight and dedicate it to him. We're going to play something we haven't played actually on this whole tour, but we're going to do it tonight. This is called 'Starlight'." 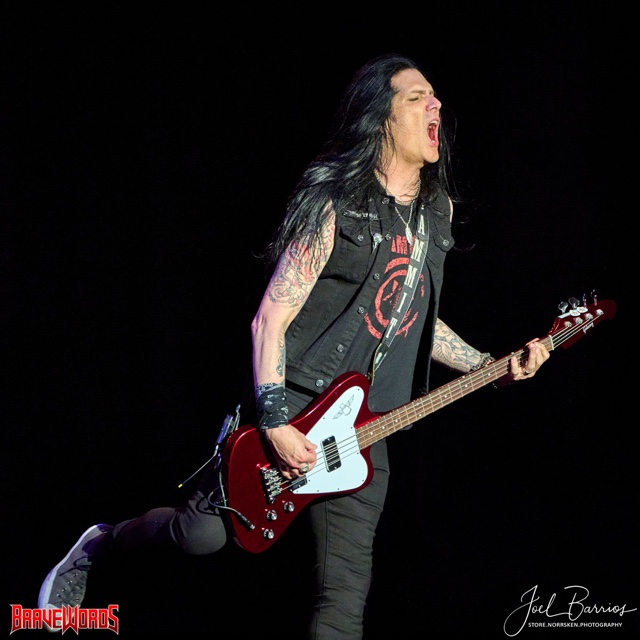 The rock n' roll landscape is far from looking the same as it did when Guns N' Roses were the most important band on the planet, yet Slash had done an admirable job at adapting to times and not getting pigeonholed to trends or defined by an era. He remains to be the icon the world knows on a first-name basis, and as long as he continues doing what he loves, rock guitar and the music world overall will be a better place to be in.