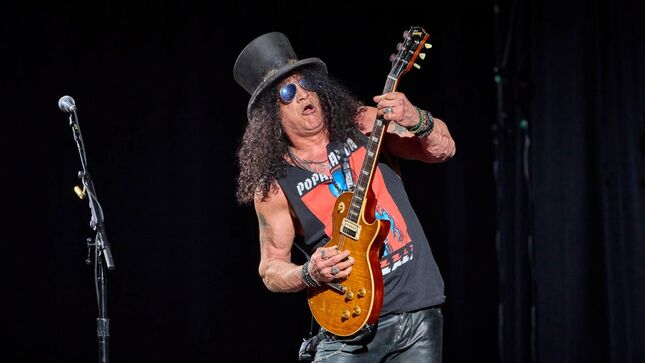 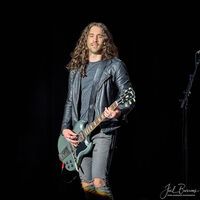 For the better part of the 30 years The House Of Blues has been a staple of live music in the American Northeast, to the point where many of the attractions it has hosted have very little to do with the venue’s namesake, at least stylistically speaking. Then again, most species of rock and metal that have toured from sea to shining sea since the early '90s have their roots in the early blues masters, no matter how far off they’ve branched since, so this location’s big tent approach to clientele is a fitting eventuality. But on April 15 of 2022, in the immediate aftermath of two of the roughest years live music has faced as a very concept, this Bostonian destination would host one of the more unapologetic purveyors of blues-steeped rock to wield the six-string in recent times, along with an entourage of likeminded yet even younger musicians to round out what would prove to be a performance of colossal proportions.

Opening things up would be a quartet of impressive up-and-comers dubbed Plush, carrying the same traditional hard rock banner as the headlining act, albeit with a notably heavy edge and an attitude not witnessed by the scene in some time. In what can be described as a modernized tribute to the glory days of Heart with a darker, borderline metallic flourish, these four ladies were a tour de force unto themselves as they worked through their set, hitting a number of banger offerings off their 2021 eponymous debut LP, with the mystical air of “Athena” and the driving punch of “Champion” and their groove-happy hit anthem “Hate” being highlight moments. But it would be this outfit’s riveting rendition of Heart’s classic “Barracuda” that would truly bring down the house, spearheaded by a truly brilliant performance by vocalist Moriah Formica, who bears an uncanny resemblance to Ann Wilson during her respective prime.

Following this scrumptious sonic appetizer would be an interesting exercise in building anticipation between sets, consisting of dimmed lights and a creepy ambient snippet from John Carpenter’s The Thing. But when the roaring riffs of Slash and his cohorts Myles Kennedy and the Conspirators rang out, the mood instantly shifted from menacing to explosively festive. To state that the mixture of vintage bluesy swagger and hard rocking crunch that ensued was palpable would be putting it mildly, as the assembly-line of mercilessly infectious anthems that permeated The House of Blues were raucous enough to rival the formative work of Guns N’ Roses, yet a bit more polished and poised from a vocal performance and instrumental standpoint. To put it plainly, the vibes at play possessed a more retro character than other works bearing Slash’s signature guitar work, even when the material delved into repertoire from earlier in his career than this particular project.

Trying to distill the 2-hour extravaganza that was committed to recording and also streamed live on the internet to a few salient examples would border on being a fool’s errand, but there were some clear points of intrigue that managed to standout from the blinding luster that rounded out the entire performance. The heavy driving riff work and harmonized vocal display of “My Antidote” was clearly a point of intrigue, with the latter finding Myles Kennedy and bassist/vocalist Todd “Dammit” Kerns (his nickname likely inspired by the reaction of bands who were unable to retain his services given the stellar showing he turns in supporting Kennedy and occasionally taking on lead vocal duties) performing about on par with the legendary coupling of Coverdale and Hughes, while the former often paralleled the signature goodness of GNR’s “You Could Be Mine”. The frenetic guitar assault of “Shots Fired” and the high-octane punch of “Speed Parade” from Slash’s Snakepit days provided an apex point of sorts in terms of raw energy, while the charming melodic balladry of “The One You Loved Is Gone” and the reworked cover of Elton John’s “Rocket Man” provided a more subdued flavor, save for Slash’s relentlessly virtuosic guitar solo work.

Though the final result of the 20 song set and additional encore number was a crowd riveted to its absolute core, Slash and the rest of the gang would also prove a pinnacle of modesty and solidarity with the broader rock scene when speaking in between numbers. Multiple complements were paid to Plush’s performance by Myles Kennedy, while Slash himself took an occasion for some humorous self-deprecation by referring to his extended solo jams as being shamelessly self-indulgent, though in actuality this onlooker and likely everyone else in attendance or viewing at home saw it as fan service raised to an art form unto itself. Indeed, one could easily come away from the wild improvisatory displays out of Slash and the soulful, seemingly flawless vocal displays out of Kennedy and Kerns as being something other than the work of mortal men, with rhythm guitarist Frank Sidoris and drummer Brent Fitz being no slouches as they laid the foundation upon which the rest stood. But whether one comes away seeing this event as a guitar icon and his band staying humble or ascending a grand pedestal, the greatness of the performance they gave was beyond question.