Streaming For Vengeance Kicks Off With FROST COALITION; Review, Photos 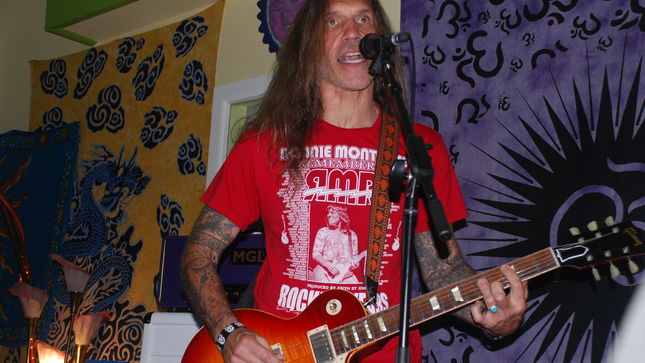 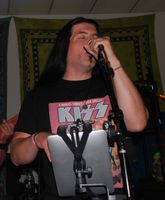 Local New Jersey native BraveWords writer Rich Catino attended the band's rehearsal and provided a recap of the online performance below. The show can still be viewed on the BraveWords Facebook page.


Settled right off the main strip through the center of Raritan, NJ’s town of shops and restaurants is Sonic Boom Studios, one of the few great local old school studios left in operation. Owned and operated by songwriter, producer, and artist Anthony Krizan (former guitar player for the Spin Doctors), the weathered building, tapestry and poster covered walls provide that environment and atmosphere for musicians to get in the zone.  During the course of the 70 minute set, the Coalition played a couple well known radio hits from hard rock legends, but also dug deep for gems the real fans and longtime listeners would appreciate. The classic Deep Purple “Stormbringer” with Tecchio at the mic kicked off the set and Cross taking over for UFO’s “Lights Out”. In between songs, Frost came to the mic to give thanks to all those who helped and were part of putting the operation together and Tecchio told a story of meeting Ronnie James Dio in a mall and how approachable he was. The guys also had a live feed coming into the room so everyone was able to interact with viewers and comments. Whitesnake’s “All Or Nothing”, a goodie off the beaten path, same with Billy Squire’s “In The Dark”, and “Turn Me Loose” from Loverboy, yes, Loverboy, included a shout out to Canada and BraveWords!  Calv on the keyboards is the master of replicating those sounds, I mean, “Stone Cold”, damn it’s like listening to Rainbow with David Rosenthal. Anthony Krizan grabbed a guitar with John Hummel on drums to rock Led Zeppelin’s “Immigrant Song” and all three singers joined on Rainbow’s “Long Live Rock And Roll” to bring down the house.