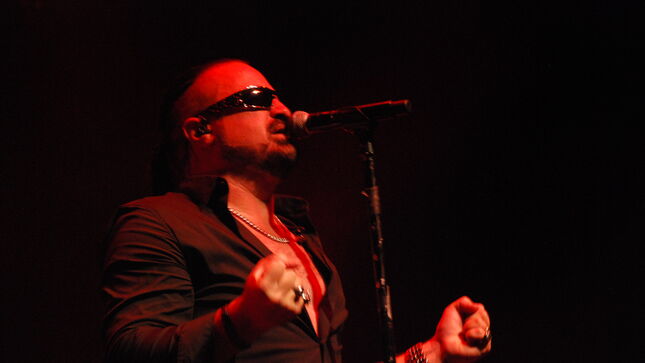 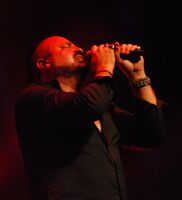 Initially planned to go out on the road in 2020 to celebrate the 25th anniversary with Primal Fear and Firewind, cancelled due to pandemic, rescheduled in 2022 now with openers Haken and Trope. One of the few bands who still have the classic lineup intact, singer Russell Allen, guitarist Michael Romeo, Mike LePond on bass, Jason Rullo behind the kit, and Michael Pinnella on the keyboards.

It's obvious why Symphony X has become one of the biggest progressive metal bands, and lasted now 25 plus years. Always conscious to write technical music, but with the all-important memorable melodic arrangement and chorus. They also perfectly blend the story telling and creativity of power metal, with the high level playing.

"Nevermore" opened the show fast and heavy, going right into the equally aggressive “Evolution (The Grand Design") off the album V-The New Mythology Suite. "Serpent's Kiss", one of the two singles from the 2007 album Paradise Lost ("Set The World On Fire"), slows down the tempo as Allen moves his hips side to side with the groove. "Sea Of Lies" brings you back to the album The Divine Wings of Tragedy, a song that balances between the speed and melodic chorus hook, Romeo burns through flawless soloing with the dancing keyboards. These guys just don't make mistakes. Russell thanks the crowd for the many years of support because it can’t happen "Without You". "When All Is Lost" follows, begun by a beautiful piano piece, stage lights maintaining solid blues and greens, and both songs spotlight Allen as one of the great heavy metal singers of the last twenty plus years.

With nine albums, the setlist still included four from the latest album in 2015, Underworld. And closing with the title track to The Odyssey, which is a beautiful 25 minute piece of music, it doesn't leave much room for the rest of their history. Being an anniversary tour, and as a fan, I would have swapped out "Kiss Of Fire" and "Run With The Devil" to leave room for a song from the self-titled debut, The Damnation Game, and Twilight In Olympus. Maybe next time?