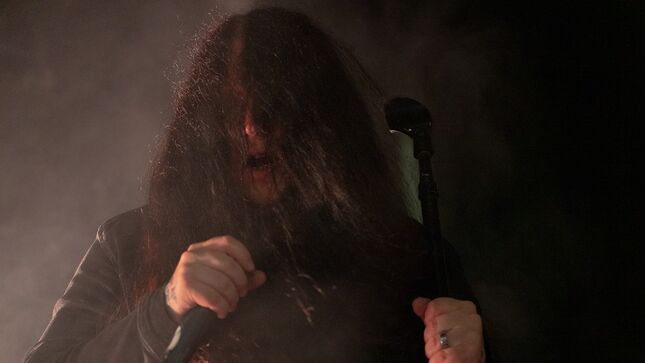 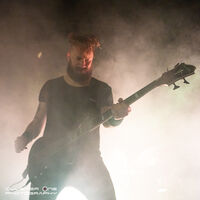 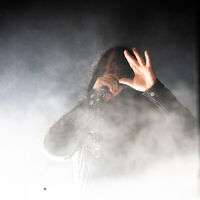 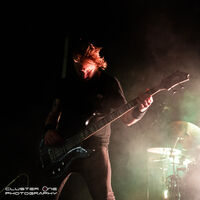 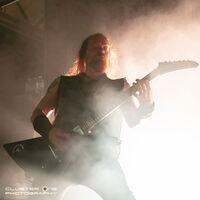 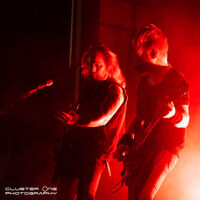 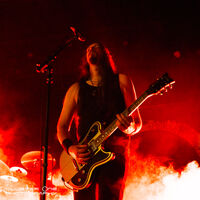 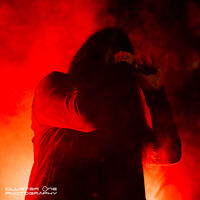 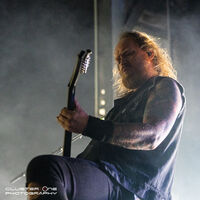 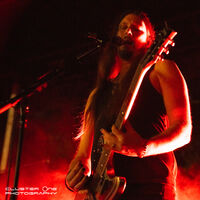 Legendary Swedish metal band Katatonia paid a visit to the Tampa Bay Area on the final date of their City Burials US tour. The show took place at the new location of legendary Bay Area club The Orpheum, which now boasts an outdoor stage. Contrary to their Swedish homeland, the warm December evening was an inviting environment to play under the Florida sky, thanks to a heavy dose of mosquito repellant.

The band kicked off the evening with “Heart Set to Divide”, a track from their last release City Burials, which the band noted was never toured for thanks to the Covid-19 pandemic. Moving through their set, the band weaved through a selection of hits from their past. The set was noticeably heavy towards their classic album The Great Cold Distance, containing many fan favorites such as “July”, and “My Twin”. The band cycled through other songs from their catalog, including several tracks from Dead End Kings, which is currently celebrating an anniversary, as well as deluxe edition re-release. The band did showcase a small bit of the future, performing a pair of tracks from their soon to be released Sky Void Of Stars, including “Atrium”, which received a large shout of approval from the audience. The encore and show ending “Lethean” was an electric way of ending the show, with the crowd singing along and head banging to the beat.

Normally, the front rail is the best seat in the house for metal shows. Unknown to me at the time, the venue setup somewhat prevents the front areas of the crowd from getting a full mix of the show audio, causing some frustration among the rail huggers who were missing a good bit of Jonas’ voice in the mix. After capturing my pit photos and moving to the back of the venue, I noticed that the sound was excellent, and that Jonas was in fine form. Certainly this wasn’t Katatonia’s fault (either the band, or their sound guy), but it still did detract for many in attendance.

Audio issues aside, the band was in fine form. The twin guitar assault from Anders Nystrom and Roger Ojersson melodically carried the band through the night. Bassist Niklas Sandin (often the most visible member on stage) provided both a fine low end, as well as visual cue to headbang with. Drummer Daniel Moilanen was most certainly heard (but not seen) carrying the band rhythmically across their set. Last but not least, Jonas Renske expertly sang the band’s sometimes esoteric lyrics beautifully. Wandering about the stage under the cover of his long flowing hair and copious amounts of stage fog, Jonas proved why he is one of the most legendary metal singers of both past and present. Perhaps I might be biased (as it’s my favorite song from the band), but “Old Heart Falls” was sublimely sung.

Lastly, as a reviewer, I do have one comment. I understand that Katatonia is a very atmospheric band. I understand that concert fog is a cool thing and can give great atmosphere. However, there is such a thing as too much. Certainly, as a concert photographer, the set was a nightmare to photograph. Putting the business side of things aside, it was often times very difficult to see any of the band members, especially if they took a few steps back from the edge of the stage. Often times resembling a scene out of a Cheech and Chong movie, I technically cannot verify that their (excellent) drummer was even there, as he was virtually invisible. The excess smoke combined with the bright lights/strobes often created a virtually impenetrable wall between the band and the audience.

Atmosphere and venue issues aside, Katatonia put on a fantastic show. The setlist was a fantastic blend of old favorites and new songs, confirming that Katatonia is a band that is constantly moving forward and evolving, but still firmly rooted in their illustrious past. The crowd reaction to the pair of new songs shows that there will certainly be excitement when both Sky Void Of Stars is released, and when Katatonia returns to Florida.