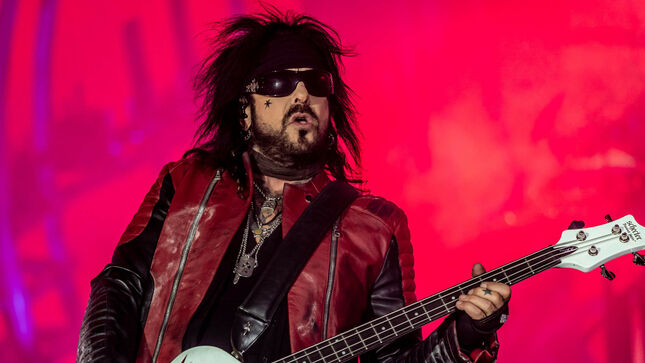 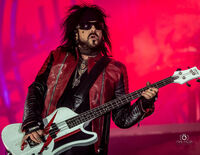 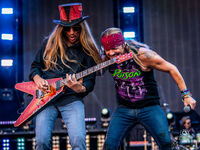 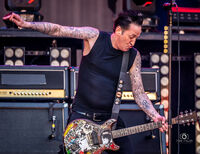 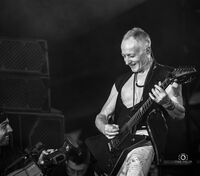 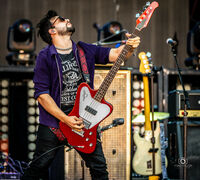 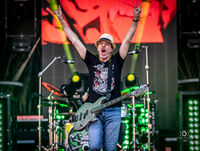 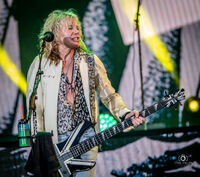 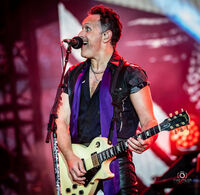 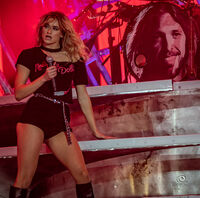 The Stadium Tour made a stop at First Energy Stadium in Cleveland on July 14. This tour was delayed for two years due to Covid. It features Mötley Crüe and Def Leppard as the headliners, who rotate as main act each night. Poison with Joan Jett And The Blackhearts are direct support. Classless Act is the opening band. The attendance numbers were approximately 40,000 fans.

The show kicked off right on time at 4 PM with Classless Act jumping onto the stage filled with energy. The band members were all over the stage trying to warm the crowd up. Formed in 2019 and consisting of five former strangers who met via TikTok and Instagram, they are a straight up rock and roll band. Many fans in the crowd enjoyed their short but memorable set.

Joan Jett And The Blackhearts went on at about 4:45 PM. Joan has been described as the “Queen of Rock ’n Roll”. In 2015 she was inducted into the Rock and Roll Hall of Fame (which is right next door to the venue). She has three albums that have been certified platinum or gold.

Next up was Poison. They are a famous glam metal band formed in 1983 in Mechanicsburg PA and consists of lead singer Bret Michaels, drummer Rikki Rocket, bassist Bobby Dall and lead guitarist C.C. Deville. The band achieved huge commercial success in the mid-1980s through the mid-1990s and has sold 16 million records in the United States and over 50 million albums worldwide. After the second song in their setlist, Bret Michaels announced he wanted to let the photographers stay another song to get shots of the crowd. This was a very nice gesture of Bret, the crowd and the photographers were happy to hear this.

For this tour Mötley Crüe and Def Leppard are the co-headliners. This means each night they switch places for who is the headliner. So next was Def Leppard’s insane lighting display. The stage had huge vertical video screens, massive light bars, and a long walkway connected to the stage. Most people know who Def Leppard is so there is no need to explain their history. The fans in the crowd sang along to each and every word of their classic hits. They used the stage walkway into the crowd to give the fans up close the best view money can buy.

Cleveland’s headliner was Mötley Crüe. Before they went on, Def Leppard was packing their gear up through multiple rising platforms built into the stage. This was to make it easier and faster for load out. Then came on all of Mötley Crüe stage props. Multiple metal pieces hung around the stage and the drum riser was encompassed in a metal circle. A video screen was then lowered. They started their set at 9:30 PM sharp. An intro video played to get the crowd’s adrenaline pumping (dubbed as a breaking news report). During their first song “Wild Side” many dancers joined them on stage to sing and dance. “Shout At The Devil” used lyrics on the large screen behind them to have the crowd join along in chanting the lines. Every song they played seemed to be a fan favorite as it seemed every fan knew all the words.