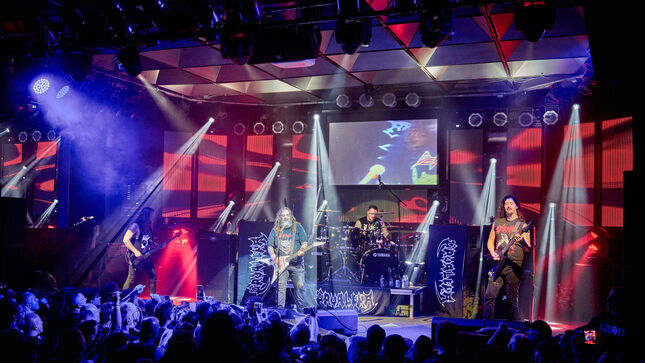 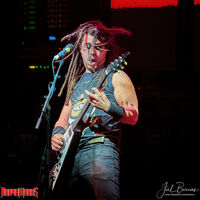 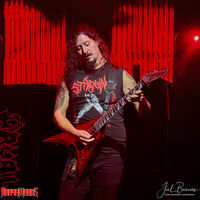 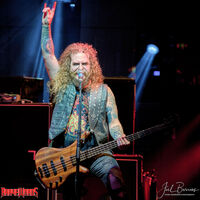 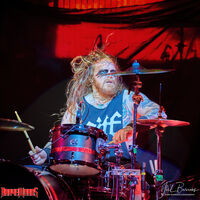 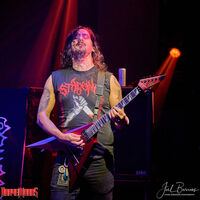 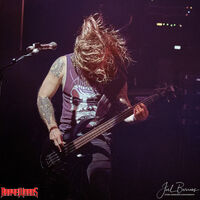 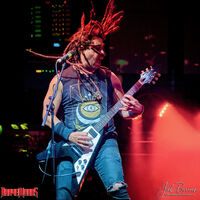 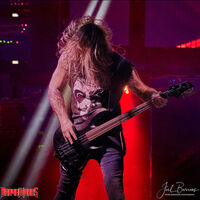 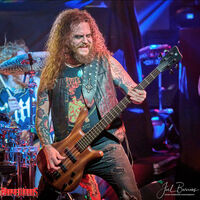 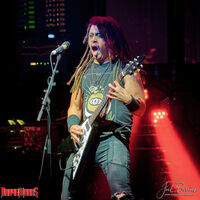 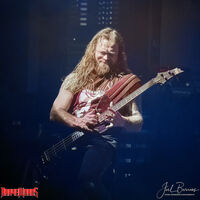 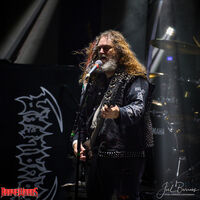 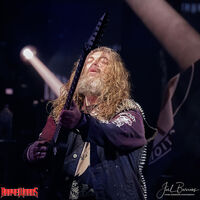 Though there are many places that can claim to have had a hand in the birth of death metal, few can boast such a numerous collection of pioneering bands and historic strides made within the borders of Florida during the late 1980s. One might even go so far to call it the ancestral home of the sub-genre, and consequentially a favorite destination for all trustees thereof, both young and old. Arguably one of the most notable early acts in shaping the resulting old school death metal sound, and indeed one of the missing links between the early extreme strides made by Bay Area thrash trailblazers Slayer and Possessed and the fully blossomed moribund stylings of Death and Obituary, namely Sepultura, would return to one of death metal’s birthplaces in the form of brothers and co-founders Max and Iggor Cavalera’s solo band, dredging up that vintage carnage of a bygone era at the Culture Room venue in Fort Lauderdale on October 22, 2022 as only one of the originals ever could. 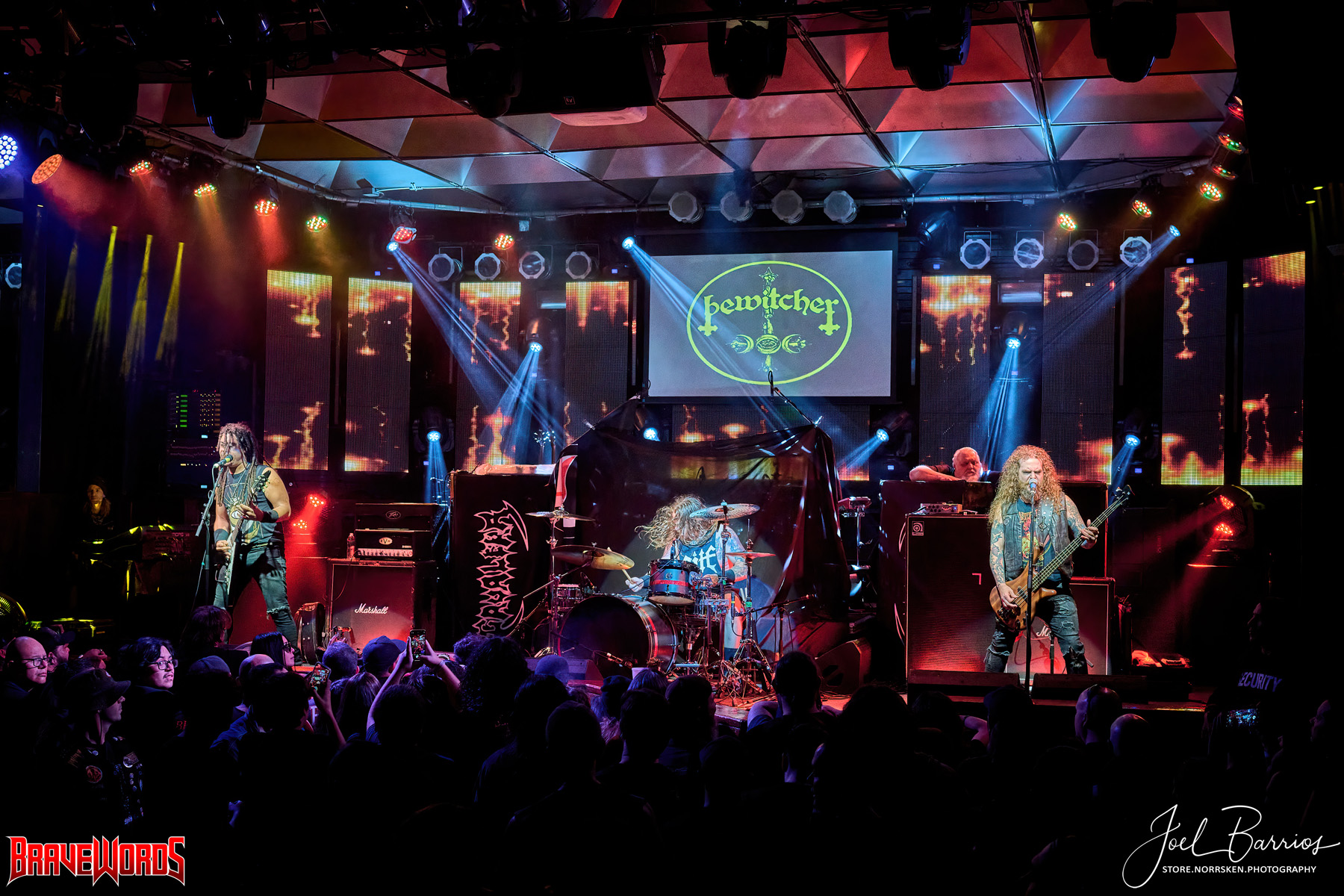 Dubbing their ongoing tour the Max and Iggor Return Beneath Arise tour, in honor of Sepultura’s seminal 1989 and 1991 death/thrash staples, what they would bring to the table could be summed up as the ultimate celebration of old school glory with a glowing nod to the ongoing revival of the style that has unfolded since the early 2010s. The explicit theme of looking to the distant past when the extreme fringes of metal were heavily tied to the '80s thrash metal and NWOBHM template would be further bolstered by the inclusion of Portland, Oregon-born black/speed metal upstarts Bewitcher. Heavily steeped in the older heavy metal stylings and fast-paced, occult-steeped mayhem of early Venom and Bathory, they were a highly appropriate addition to the sonic fray, offering an equally dangerous though nimbler and older school counterpoint to the blistering brutality of late ‘80s death/thrash that would be the main event; a sort of blackened yin to Sepultura’s blood-drenched yang, so to speak. 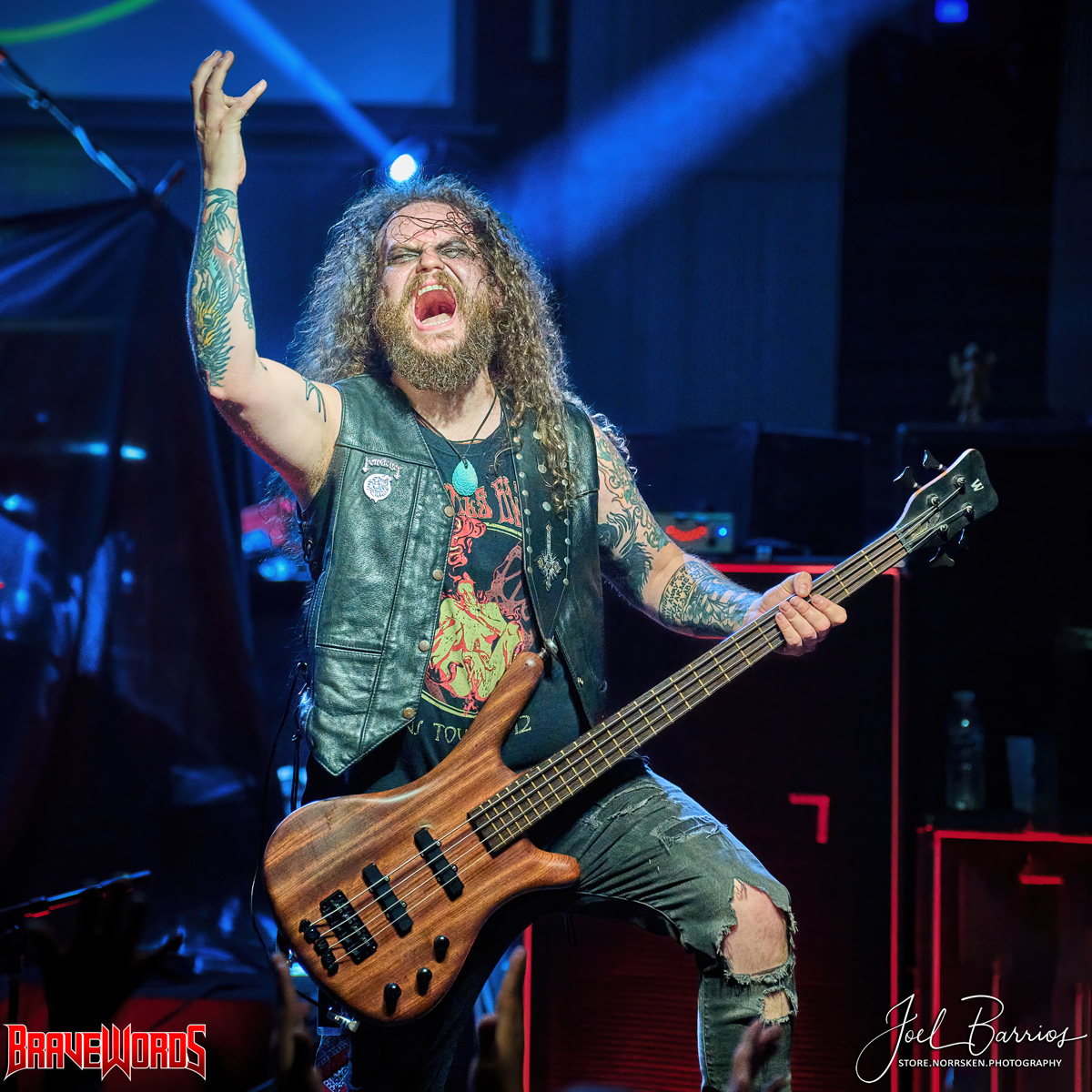 While considerably younger and newer to the scene, Bewitcher was a marvel of skill, poise and professionalism as they blazed through their frenzied half hour set. What little time guitarist and vocalist Matt Litton (aka Unholy Weaver Of Shadows & Incantations) spent revving up the crowd between songs would prove highly effective at maximizing the energy factor, and his performance alongside the rhythmic battery of bassist Andrew Mercil (Infernal Magus of Nocturnal Alchemy) and drummer Aris Wales would reveal a power trio juggernaut comparable to their aforementioned inspirations and even that of rock/metal icons Motorhead. The high octane material that rounded out their compact opening set would be a consistent barrage of explosive metallic fanfare, equally drawing from each of their trio of studio LPs, with the blazing NWOBHM-infused cruiser “Speed ‘til You Bleed”, the riff happy speeder “Too Fast For The Flames” and the hardcore-tinged thrill ride “Sin Is In Her Blood” being the unhinged highlights of a consistently off-the-hook performance. Truly a sweaty balls-to-the-balls demonstration of speed/heavy metal, which invited the enthusiastic crowd to drink from their chalice of black magic, and sell their souls to the dark lord himself. 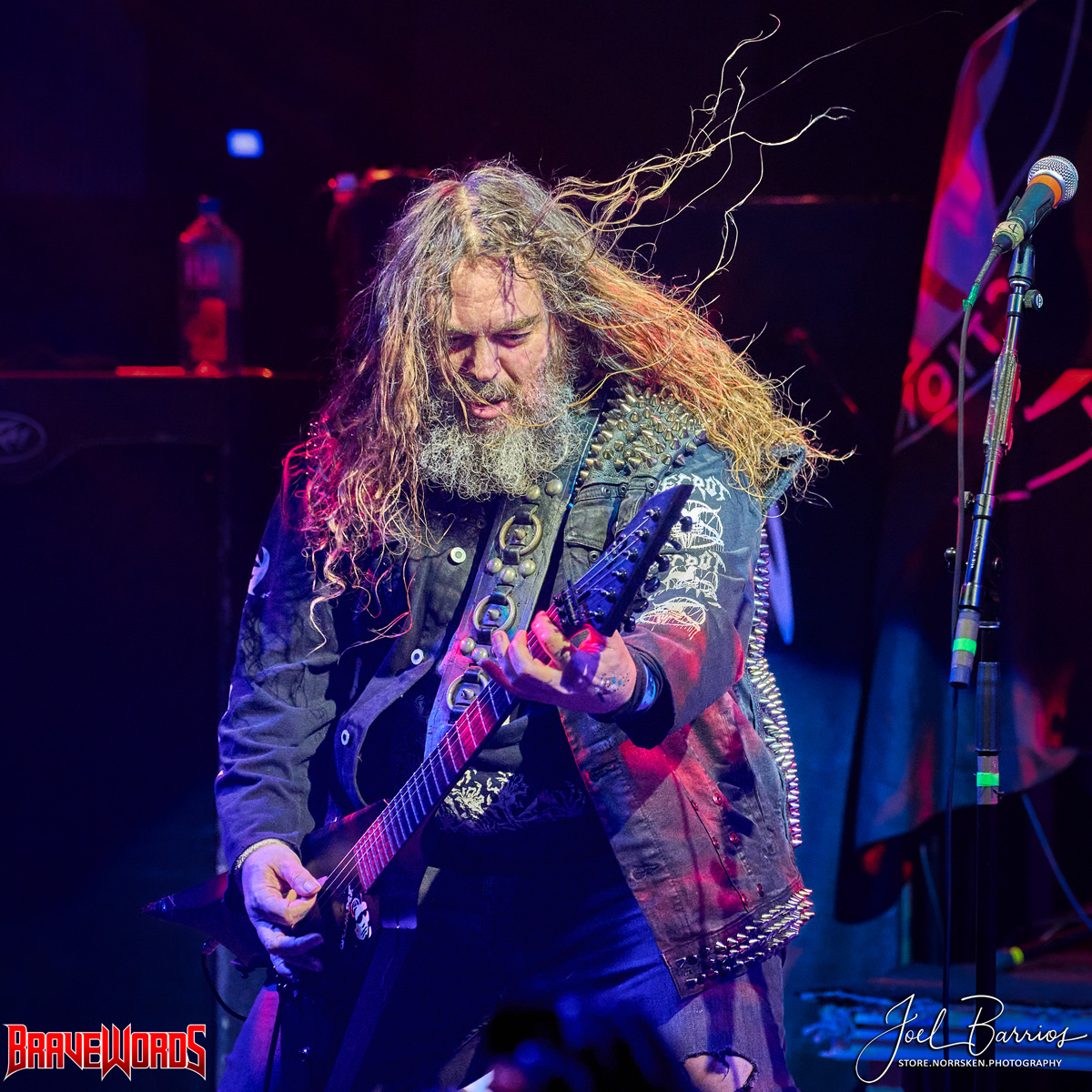 By the time Bewitcher concluded their set, the temperature had already flirted with hitting a flashpoint, and the somewhat small venue reached a capacity of 650 standing shoulder to shoulder, an attendance level rarely encountered at the Culture Room by those whom frequent it. The entry of the Cavalera brothers to the stage would send the masses into an utter state of pandemonium as the first notes of their long-awaited reminiscence of the good old days commenced, and rounding out their fold would be a pair of highly apt instrumentalists, consisting of former The Absense and Havok bassist and current Soulfly member Mike Leon and old school death metal revivalist act Gruesome’s six-string shredder Daniel Gonzalez. In total, it was a truly formidable convergence of youth and experience that would equal the colossal legacy of the material being performed, and with the resounding roar of Max Cavalera’s voice as he shouted “Who has won, who has died!” and “Fort Lauderdale, let’s destroy this fucking Culture Room place!”, the hundreds that made up the audience would response in kind. 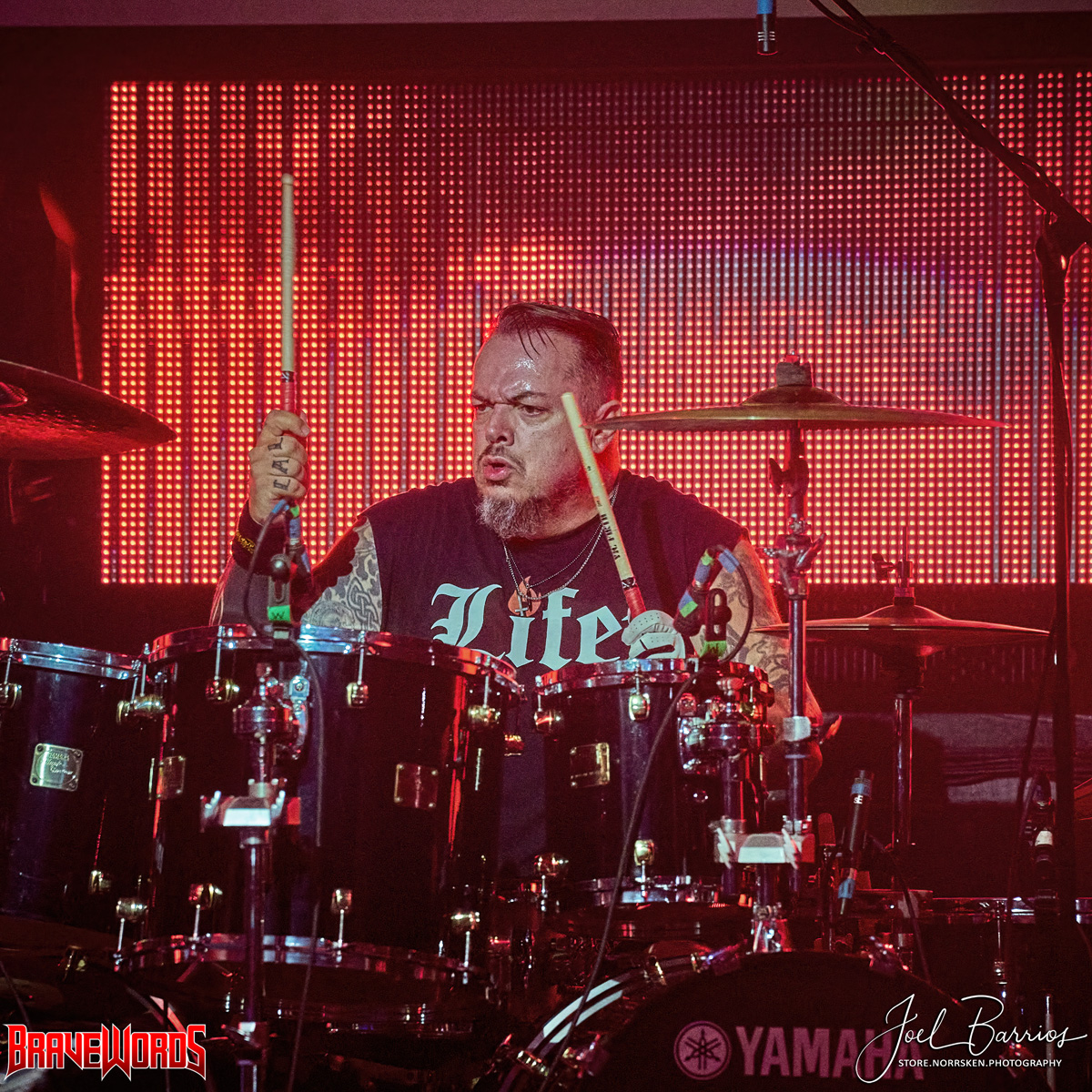 True to the rallying cry that kicked things off, the performance given was nothing short of epic, transporting all present back to days when death/thrash was the newest and most dangerous player in the metal scene. No punches were pulled as this elite quartet cycled through every song in 1989’s Beneath The Remains save for the somewhat conventional thrasher and ode to the zombie apocalypse “Hungry”, with the pummeling title anthem, “Stronger Than Hate” and “Slaves Of Pain” throwing spines out of alignment the furthest. Most of the subsequent and equally ferocious though somewhat slower 1991 follow up Arise would also shake the pillars of this small Fort Lauderdale club, though the title song would only see a partial performance and the crushing mid-paced battery of “Dead Embryonic Cells” and the atmospheric and groove happy turned riveting thrasher “Altered State” would end up stealing that part of the show. The ante would continue to be upped with a unique medley of partial performances of Black Sabbath’s “War Pigs”, their own 1993 number “Territory” and Motörhead’s “Orgasmatron” set to the same darkened template as this outfit’s late '80s material prior to launching into a blistering full rendition of the latter band’s seminal speed metal crusher “Overkill” with Bewitcher vocalist Matt Litton joining in on stage. 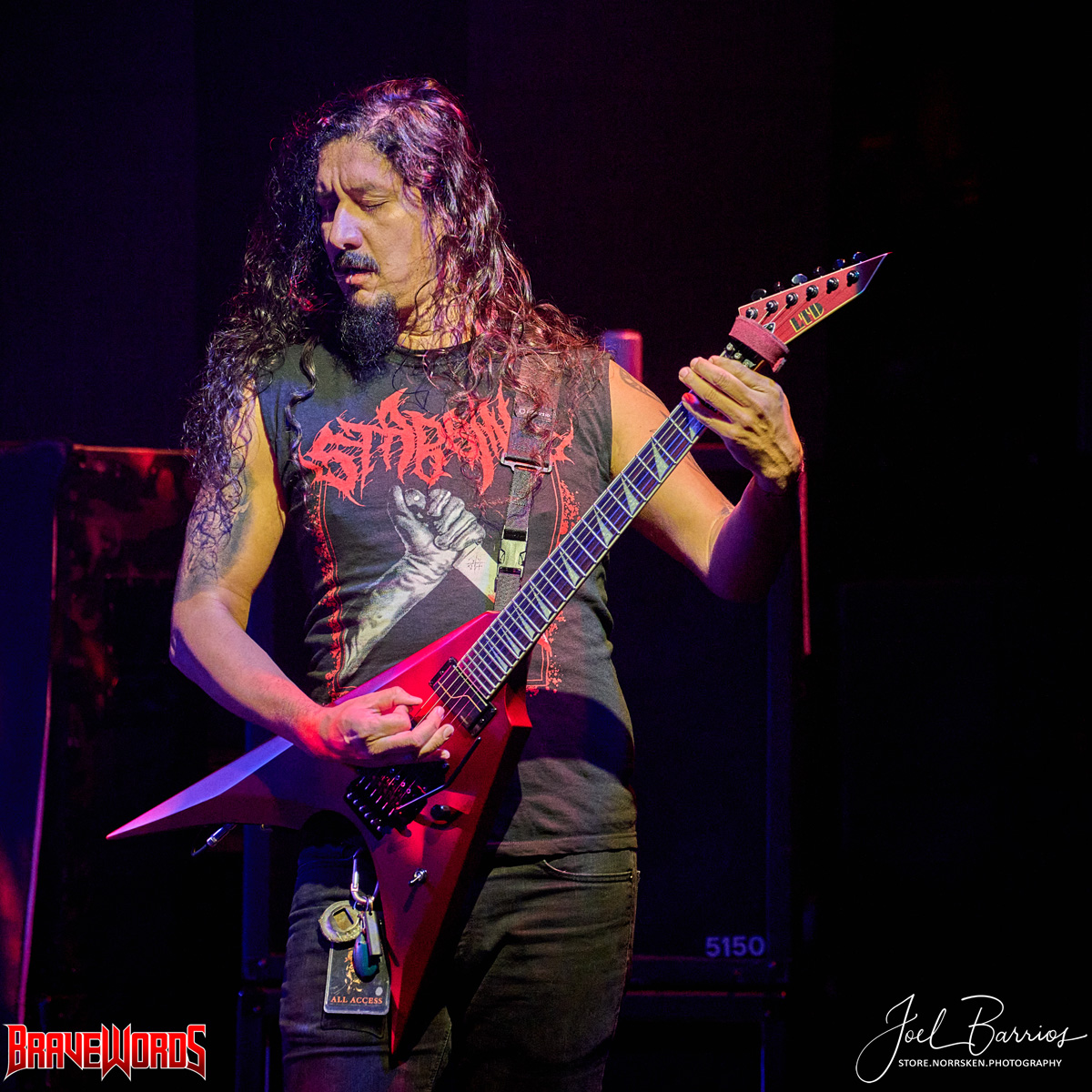 As this riveting evening event of chops and clobbers drew to a close, the Cavalera brothers and company would leave a final and somewhat telling impression on all in attendance by turning the clock back even further for their encore. Marking their place in the annals of thrash and death metal history, they’d couple their debut album anthem “Troops Of Doom” with a snippet of Slayer’s “Raining Blood” as an introduction, showcasing how their early sound tied in as a transition point between the darker fringes of the Bay Area thrash sound and the later emergent Florida death metal one, and bringing the house down in the process. Likewise, a harrowing rendition of “Escape To The Void” off their historically consequential sophomore LP Schizophrenia would follow and perhaps provide a clue as to where Max and Iggor might opt to go on any future tours with this outfit. It was the culmination of a glorious trip down memory lane that left all nostalgic for the days when death, black and thrash metal were almost used interchangeably to describe the most dangerous sounding bands in the business, and though when the crowd began to exit the Culture Room was still standing, in a sense everyone who was there had made good on Max’s demand for the figurative destruction of the venue. 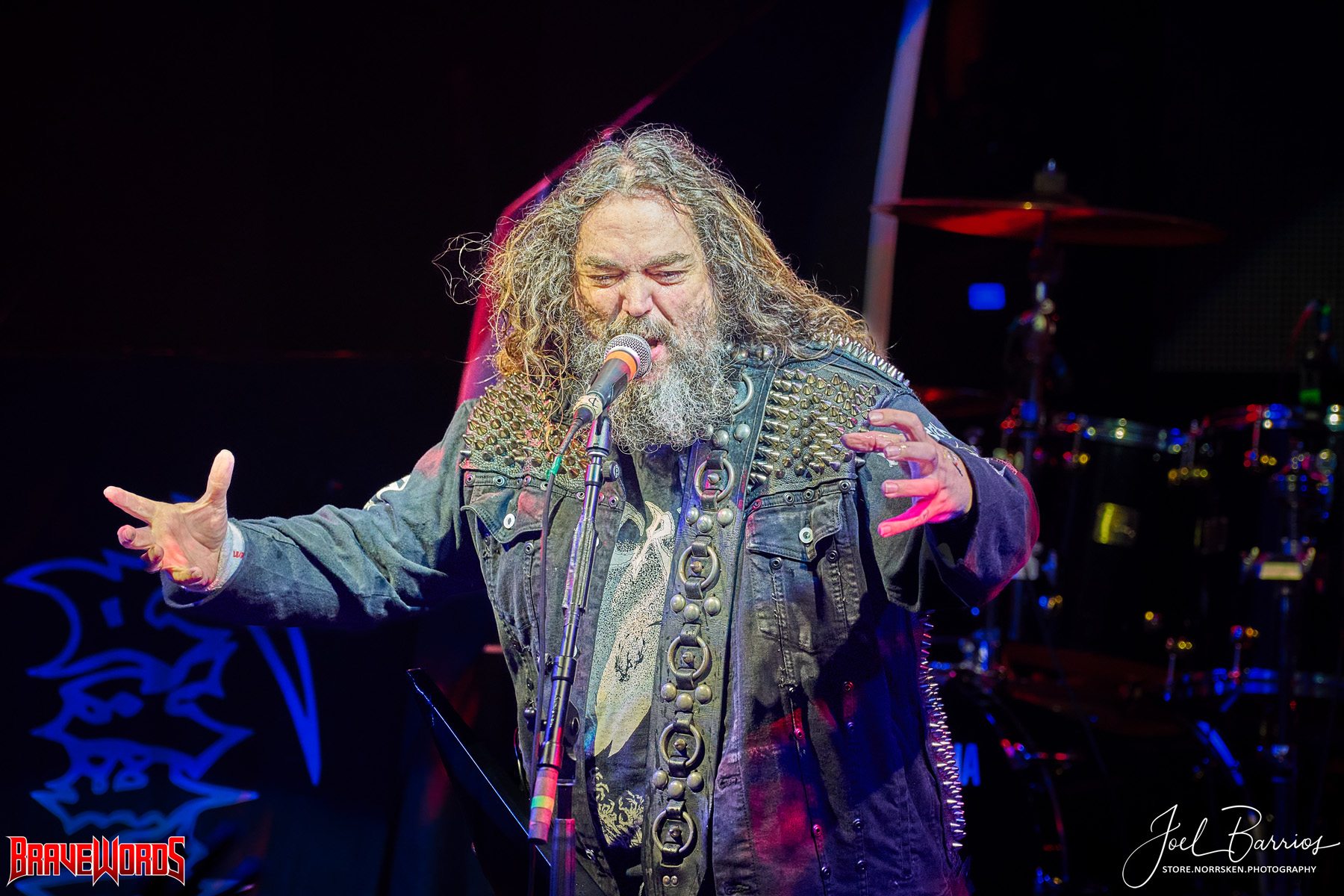