THE WILDHEARTS - Livestream Revolution Will Be Televised! 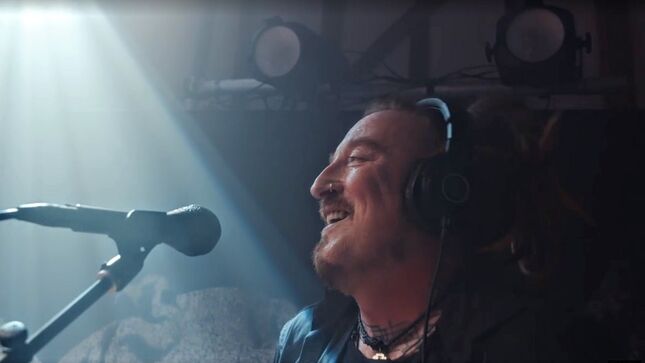 Another year, another slate cleared of concerts/tours. Ugh! After a glut of livestreams throughout 2020, most (artists, labels, fans, promoters, etc.) thought that spring/summer 2021 would be back to "normal," i.e. in-person events, but as time progressed, the virus proved too tough, so no one planned digital concerts, hoping the real thing was just around the corner. Hence the first-quarter of '21s lull in streamed entertainment. Now, resigned to a second (summer) season of canceled/postponed tours, bands are once again (reluctantly) embracing the idea of streaming. Case in point, The Wildhearts. If there was EVER an act to witness in a noisy, sweaty club, the punk-infused hard rock from Ginger & Co are it! However, this was more like a televised rehearsal: band crammed, with backs-to-the-wall and barely social distance between them, as they ran through 14 tunes.

Three of the four (only flat brimmed hat wearing guitarist CJ opted out) donned over-the-ear headphones for the performance, filmed in the dark, hazy confines of their practice room: lots of close-ups, quick cuts (some blurring) and whip pans to convey a sense of urgency. As they started, it was rather static, but the pace and band members enlivened as the "show" rolled on, offering insights into life, the time off and their music. In fact, it often offered a candid glimpse behind the music biz facade, about how much artists remember (or care) about their own material. Fans are often surprised to learn those that wrote them, may not recall what album certain hits are from. The (sometimes ill) feelings, towards the same, could have something to do with it! 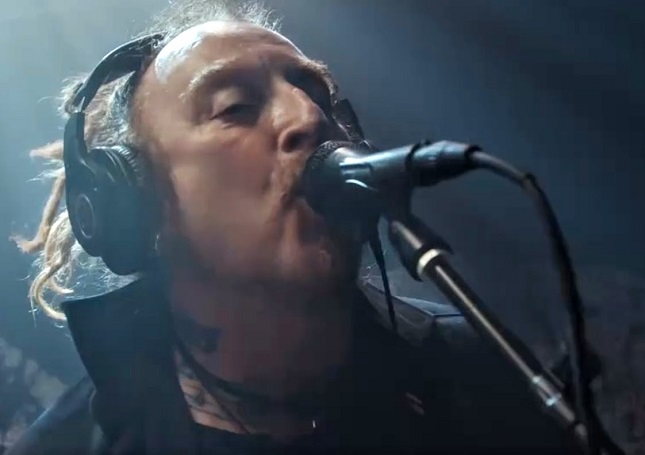 After panning across the darkened, stationary figures and their menacing happy face logo, "Dislocated" kicked off a supposedly fan-selected set, although (at least initially) it bore some semblances to the running order of last year's Thirty Year Itch live album. The pulsating beat was augmented by the camera swaying back and forth, with Ginger's dreadlocks piled atop his head, held in place by the aforementioned headphone beret. There was between song banter, tuning and time for sups from a screw-top, eco-friendly, reusable water bottle, although it was clear some of the segments had been edited for continuity. After "TV Tan", the loquacious singer/guitarist admitted he didn't “remember the words anymore," before a snarky introduction to "Everlong" as "one off Earth Vs. The Wildhearts, also known as Best Of The Wildhearts. One the Foo Fighters made famous." Come the titular chorus, Ginger begged, "Come on, sing it in your living room." The energy (and performances) began to rise and when the song finished, Ginger offered, "That got the heart going!"

The lull between songs wasn't lost on the frontman, talking to his mates, saying, "There's no worry about (rushing) to go into the next songs (as) there's no audience," before deadpanning, "Probably put (us) on pause! I like playing 'Suckerpunch' because it's hard for me to fuck it up, but watch me!" Cue the cranking cut, which when completed, the dreadlocked muisco proffers a round of drink (whiskey) and confides, "Last song, it didn't matter if the guitar was in tune, but it might, on this one. I'm usually miming, not even playing on that one. This is a song for anyone who's small and likes to dress like Elvis." Quite the pronouncement. "Vanilla Radio" is followed by Ginger's observation that, "Every time we ask the fans to pick songs, they always select the ones we play live (anyway). Thanks fans. What an imagination!" 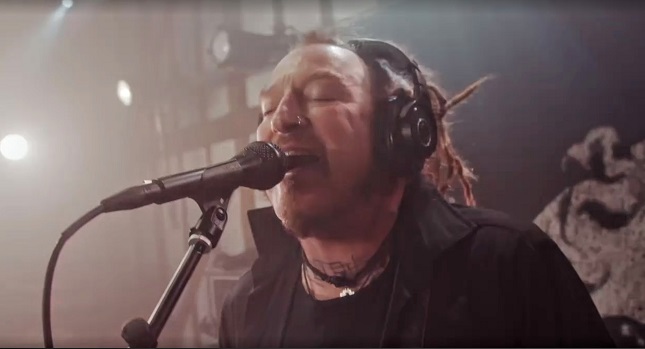 "The Revolution Will Be Televised" gives way to a cappella begun "Red Light - Green Light". In their fly-by-the-seat-of-the-pants style, it quickly becomes apparent that not a lot of planning went into the actual staging, as drummer Ritch Battersby suggests counting Ginger in, as a freer flowing segue between songs, rather a start-stop, staccato one-by-one affair that has more or less already transpired. "Sick Of Drugs" melts into speedy, nitro-fueled delivery of "Caffeine Bomb", all hands on deck for lyrics: stoic bassist Danny McCormack adding his voice (as he's done regularly, throughout), alongside CJ and even the skinsman mouthing the words, in time. Fan favorite "Greetings From Shitsville" (an ode to hard days, just starting out) is obviously NOT so endearing to the band, as Ginger commented, afterwards, in understated tongue-in-cheek British humor, "Of all the songs we play, that's my nemesis. I regret writing that one. Some of our songs didn't age well. We'll never play it again. That's why we need to write new music, to get rid of all that stuff from the first album in the set." Regardless, it's still a blinder and expected to be heard next time out.

After "My Baby Is A Headfuck" (the sixth track from the debut performed today) is aired, the frontman jokes, "A year off, not only don't I know these songs, but I hate playing them!" His attempt to tune his guitar sees him unleash a colorful stream of British-laced profanity at the uncooperative instrument. "Are we done yet?" No, as (relative newbie) "Diagnosis" is up next. "If I had a dream, I'd wish for a lead singer for the next two songs," says Ginger, candidly, "but I've learned that in life, dreams don't come true." In a mock prayer, he asks for divine intervention and is "rewarded" by the appearance of friend/folk-punk singer/Wildhearts fan Frank Turner, who helps out with the concluding duo of "Let Em Go" and "I Wanna Go Where The People Go". Speaking of going, with the last strains of the latter, the screen goes black and the credits roll, wishing fans well, until we meet again. Hopefully that won't be too much longer now.