TRANS-SIBERIAN ORCHESTRA Rings In The Holidays With A Virtual Christmas 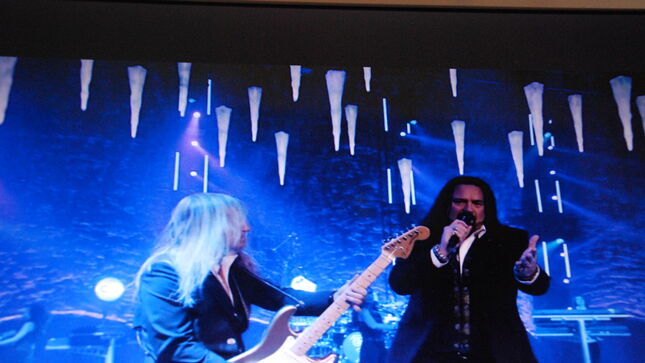 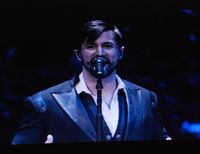 Like every other form of entertainment impacted in 2020 by Covid19, the Trans-Siberian Orchestra’s yearly live concert tour was also derailed. The band has found has however found a way to bring their Christmas holiday cheer and electric guitars online. TSO are usually split into two touring bands, one for the east and one for the west coast.

For this virtual show on December 18, the main band was 4/6ths the guys from Savatage – guitarists Chris Caffery and Al Pitrelli, Johnny Lee Middleton on bass, drummer Jeff Plate, the original touring lineup from 20 years ago, joined by several guest singers. Savatage vocalists Jon Oliva and Zak Stevens appeared in the pre-show video message portion, with other members of the TSO bands giving holidays wishes for fans. The pre-show also included footage of TSO founding mastermind, lyricist, storyteller, Paul O’Neil, who unfortunately passed away in 2017. It was a great tribute honoring his part in TSO and Savatage, including memories of both bands playing on two stages simultaneously at Wacken Open Air 2015. The tribute was bookended after the virtual show by the Savatage classic “Believe” played over the closing credits with a burning candle and O’Neil’s sun glasses.

Being an indoor performance on a smaller stage, the show did not include all the (holiday) bells and whistles from what TSO brings into arenas, but they still pulled out the lights, lasers, hanging icicles, backdrops, and smoke anyway. Bryan Hicks narrated the story, focusing on the album Christmas Eve And Other Stories. Whether its Erika Jerry’s soulful voice on “The Prince Of Peace”, or the rockin’ instrumentals like hit single “Christmas Eve (Sarajevo 12/24)” (off Savatage’s Dead Winter Dead album) or “O Come All Ye Faithful / O Holy Night”, there was much showcased to all types of fans. Jeff Scott Soto’s legendary melodic rock voice was heard on “This Christmas Day”, while Russell Allen (Symphony X) brought a little blues in “Good King Joy”. TSO shows once again that they make holiday music for everyone, in case you already didn’t know.