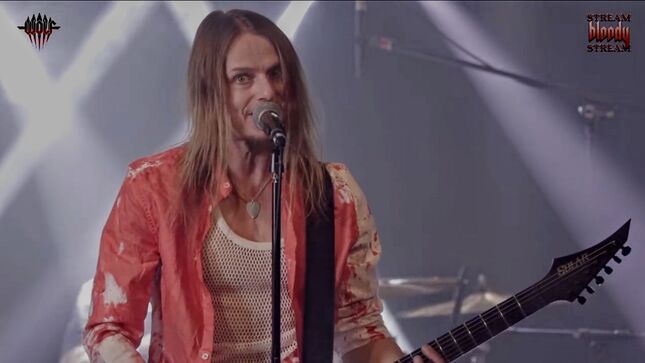 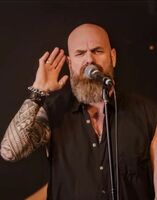 Can we all agree that, while it's great to have the opportunity to see overseas bands on a small screen, the "real" live music experience can't return too soon? Been two weeks short of a full year since last setting foot in a musty, tightly packed and odiferous club, to have my ears blasted by some heavy metal. Thanks Covid-19! So, like countless other metalheads, have to placate that Jones, in this restriction-era, with another livestream. Over the holidays, even the placebo concerts were in short supply (bands/labels/promoters/clubs hopefully the new year would beckon a return to audiences and live shows), but a renewed spike in global cases (plus heretofore unseen variant strains) coupled with (if not due, in part) to a snail-paced roll-out of the seemingly scarce vaccines, all but guarantees that it will be several more months before ears ring and necks are sore, once again. Bring it on! 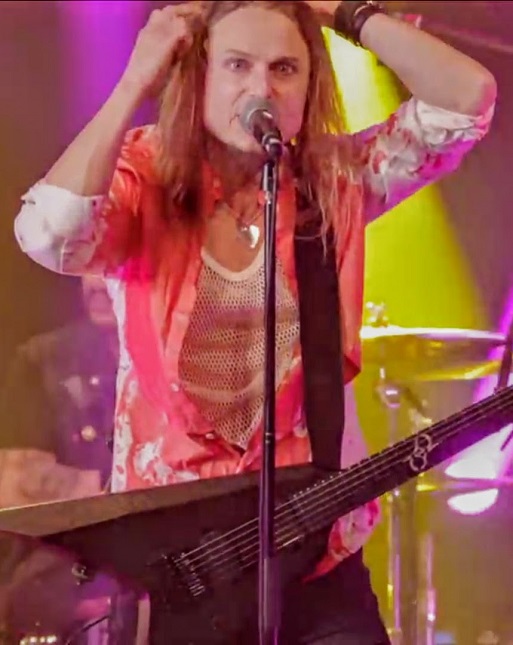 Speaking of overindulgence body ache, first time I saw Wolf, at the BW&BK 6-Pack Weekend, '03, a severe thrashing and self-induced case of whiplash followed. Only frontman/singer/guitarist Niklas Stålvind remains, although, through a trick of stage lighting, could be excused for thinking he'd been replaced by a ginger haired frontman, sporting a stringy, Peter Tagtgren style goatee, in what appeared to be a pink, floral jacket, with white mesh tank top beneath. In truth, the blood splattered shirt is the same featured in their "Feeding The Machine" video. Warning sirens wail and a bright, sunburst of yellow greets "Shoot To Kill" opener. A red lit "Midnight Hour" follows, although the nightmares of which Stålvind sings might be the inability of the cameras to pick up his over-the-top facial expressions, preferring to film the band from afar. Sort of surprised hearing "Shark Attack", but when completed, Niklas said, "In 2020, the year of the black plague, we released an album called Feeding The Machine", cue "The Raven". Four chartreuse beams radiate behind the band, but just as quickly, the lights turn to a mix of white, purple and yellow. 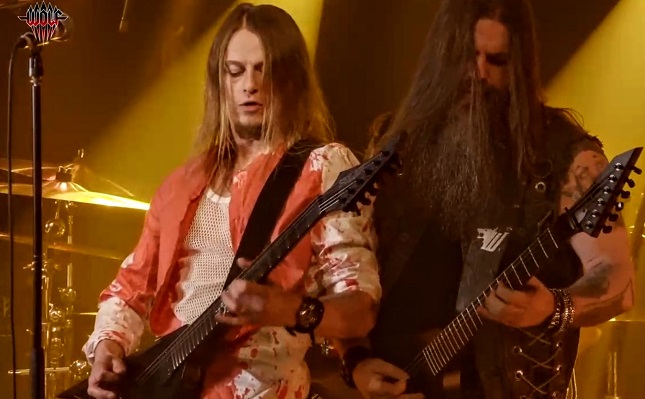 The tolling of church bells heralds the aforementioned video/title track. While the postage stamp size stage doesn't allow much movement, the guys do their best, sidling aside one another, especially the two guitarists. All offer backing vocals, come the titular chorus. Pre-recorded voiceover to start (and within) "I Will Kill Again" (now 15 years old. Really?) . A recurrent pulse of the Twilight Zone theme segues into the staccato strings, from Psycho's (in)famous shower scene, to commence a bouncy "Evil Star", which offers a rare chance for some flamboyant soloing. "Put a hex on your ex," sings Stålvind, during "Voodoo" another decade's old tune (and a bit of a shock inclusion, but then again, these exclusive events offer a rare chance to dust off a rarity or two, for the uber-fans paying for the privilege). Announced as his favorite Wolf tune (written during personally dark times), "Speed On" finishes their time onstage and the night (late afternoon in North America). A storm of strobes completely obliterates the visuals, pixelating the entire HD screen. Signing off, Stålvind offers this hopeful wish: "See you in the real world, soon." The band will now enter the studio, ten tracks already written and working on an additional pair, with an eye on a new album next year. Like its predecessor, it's anticipated to be recorded at guitarist Simon Johansson's SolnaSound. 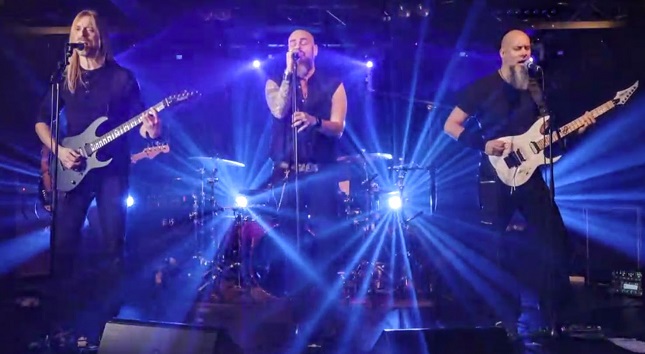 Unfortunately, each band was afforded only 45 minutes onscreen (plus some impromptu, between-band interview footage and one promotional video, from each of the day's four participants: including Descend and Lugnet). The Stockholm doomsters began with "The Witches Hammer", stage illuminated in crimson and plenty of strobes. Between the two, stage-front wedge monitors, several pages of lyrics were spread at vocalist Anders Engberg's feet. Guitarists Peter Hallgren and Kristian Niemann added their voices to the "burn, witch" chorus, Sorcerer played a trio of songs, acoustically (and minus their drummer), via a livestream, last fall. This time, all hands were onboard and took the opportunity to delve into the back catalog, as well as showcase last year's Lamenting Of The Innocent. The stage was bathed in purple for the subtle/subdued "Dance With The Devil", which gives Engberg's vocals a chance to shine. Chanted pre-recorded Latin verse bellows from the speakers, as Hallgren headbangs violently as he plays. 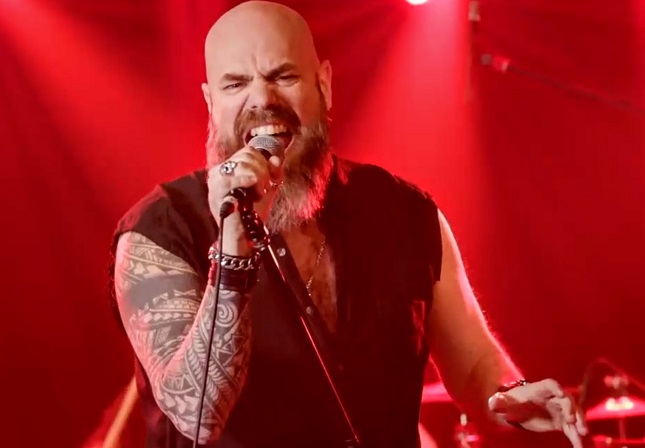 "We've only ever played this next song once, maybe twice," teased the bald/bearded, well-tattooed singer, referencing "Sumerian Script". Purple, with streaks of green, the lumbering pace recalls Goliath strolling across the countryside, although there's a brief space for matching leadwork. Although he claimed it was time for some new material, "Abandoned By The Gods" was up next. Perhaps Engberg meant it was the first public airing of the track, even though it originally appeared on 2017's Crowning Of The Fire King platter. Although the current video (played during intermission, before they took the stage), "Institoris" sees spiraling white lighting effects as the guitars trade leads. Given the time limitations and Sorcerer's lengthy compositions, can only perform a handful of songs, thus “Lamenting Of The Innocent" signaled the end of their over-too-quickly set. Introduced under a shroud of deep blues and purple, the hues turned red as sporadic, but diligent drums threaten to piledrive the beats through the floor. For the only time, the video director shoots a double exposure segment, overlaying Engberg atop the entire band.