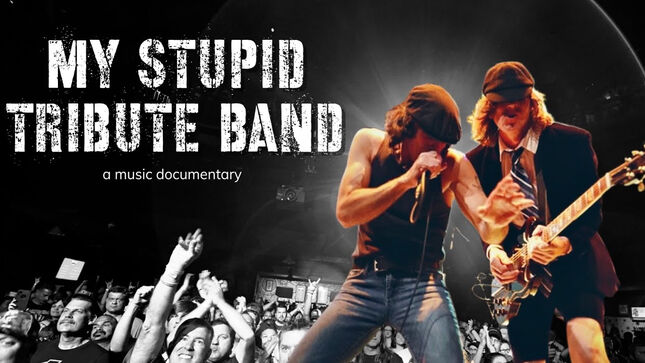 My Stupid Tribute Band, the documentary on AC/DC tribute band Back In Black, will receive its West Coast premier on Wednesday, June 15 at the Dances With Films festival, at TCL Chinese Theatre in Hollywood, CA. The film will be screened at 9:15 PM, and you can get tickets here.

Prior to the screening, the band will perform a free concert at the Ovation Complex at 8 PM on Hollywood Blvd.

Says writer/director Michael Mroz: "It is such an honor to be selected by this prestigious festival! I can’t believe we are premiering our film at the Chinese Theatre, that’s the same theater that premiered Star Wars!"

Description: Music documentary about Dallas based AC/DC tribute band, Back In Black that follows their 20 year history culminating with their lead singer auditioning for AC/DC! It is a heartwarming and fun account celebrating the lows and highs they have encountered throughout the years."