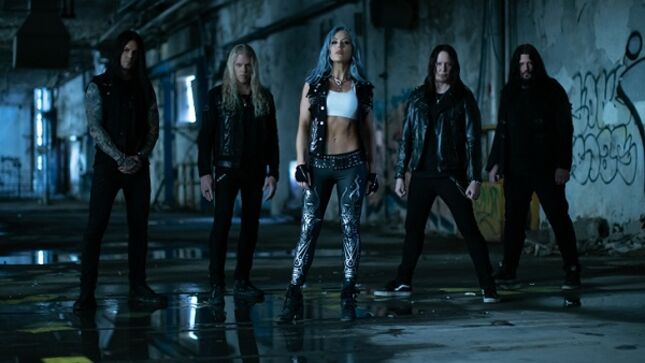 Arch Enemy are teasing their return to the spotlight with a new promo photo by video director Patric Ullaeus and 15 second video clip. The photo is accompanied by the question "Ready?" and the clip with the statement "Soon." Check it out below.

Arch Enemy's latest album, Will To Power, was released in 2017 via Century Media. It was the band's second record with Alissa White-Gluz, the former singer for Canadian bashers, The Agonist.

Arch Enemy’s thunderous co-headlining The European Siege tour with Behemoth is regrettably forced to postpone to fall 2022 due to the ongoing global situation. However, Arch Enemy can comfortingly announce that they will have a brand-new album for you by then. Expect nothing but an outstanding tour with a massive LP behind their back.

Michael Amott comments as follows: "Nobody’s more disappointed than us about this, that’s for damn sure. But it is what it is, and we’re already looking forward to getting back to it in 2022! Stay healthy, stay metal!"

Nergal further adds: "As Michael says, it is what it is - we go again for 2022! Behemoth are coming with new music and new stage shenanigans…a spectacle worth waiting for. We’ll see you there!"

The tour retains its special guest slot from Behemoth and Arch Enemy's longtime friends and metal legends Carcass, and opening the evening’s momentous proceedings will be Portland, OR's hotly-tipped gothic metal newcomers, Unto Others (formerly known as Idle Hands).

The rescheduled dates are listed in full below. All tickets will remain valid for the new dates, so keep them safe.