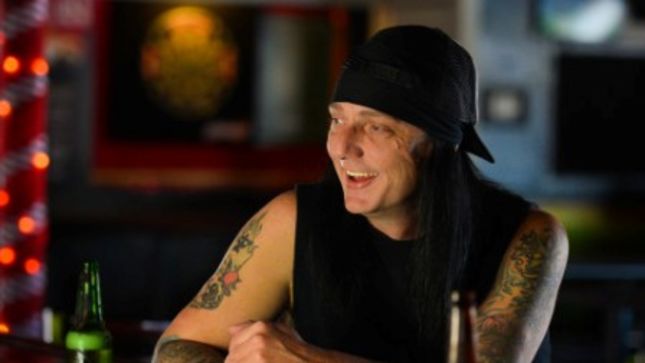 Atheist frontman Kelly Shaefer is featured in a new article published by the Herald Tribune's Ticket Sarasota, which also touches on his work with Neurotica and members of Guns N' Roses. Following is an excerpt from the interview.

Ticket Sarasota: Atheist went on hiatus in the mid-1990s and then didn't start playing again until after you reissued the band's CDs in 2005. What revived Atheist and what was the gig where you realized you had such a large international following?

Shaefer: "Well, the Internet was really solely responsible for re-birthing us. Without the Internet no one in Chile, or Norway, or any of those places would know anything about this band. So, yeah, Wacken, Germany, in 2006, with 60,000 people and Motörhead on the lineup, we walked out on stage and they really know our music, and they’re singing it and they’re young, they’re younger than the music. That’s the coolest thing. We realized we’re fortunate enough to have made some music that transcended a generation. Back in the day, we were lucky to have 100 people at a show. Now we’re at this festival with 60,000 people and the crew and everyone knows our music and treated us like kings. We were just amazed by that. Then we went on to Hellfest in France, which had 40,000 people. We got done playing and for 10 solid minutes the crowd just went nuts."

Ticket Sarasota: Atheist and Neurotica don’t exactly have the same fans. I understand one of Atheist’s most famous fans, Marilyn Manson, made his feelings about Neurotica public in an interesting way. What happened?

Shaefer: "Yeah, one of the hardest things for me transforming into Neurotica was the fans of Atheist thinking I was a sell-out. I knew Marilyn Manson and the Spooky Kids before they got signed and we played gigs there in Fort Lauderdale where they were big. They were still a local band but they were doing well and they would walk around with lunch boxes and they were very strange Goth kids and they were aware of Atheist. Marilyn Manson was a fan of Atheist and chastised me online and said, 'Stop with this (Neurotica) crap and put Atheist back together.' He signed it under his real name, Brian Warner. (Laughs) it’s a weird love, but it’s love, and any love from Marilyn Manson is weird."

“I've been cast in a small role as a cop in the directorial debut of my long time friend John McElroy, in a film called Rocky Mountain Fast Guy, being shot here in Florida. Here is a pic of me in character.

“Shooting for my part concludes Sunday (March 8th) on location in the middle of the state. I will post pics on Sunday.

Met with John today and went over my lines.. it's gonna be a blast. Movie is scheduled for a 2016 release, and has many other local musicians from our area in the movie. Watch for it at the 2016 Sarasota Film Festival.”