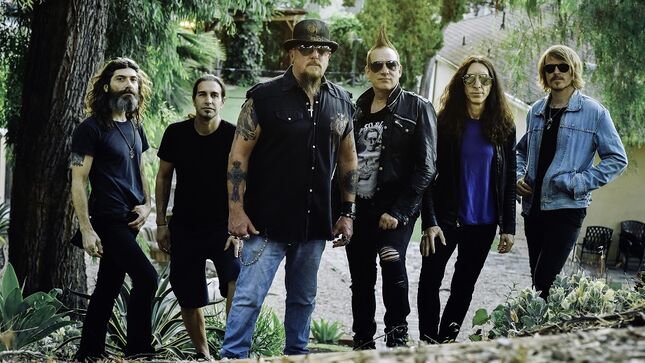 As the world embraces the spirit of the Yuletide season, emerging rock artist Bald Man today announced an alternative to the standard seasonal musical fare with the release of his new holiday-inspired single, “'Twas,” a hard rock, adrenaline-filled spin on the beloved, 1823 classic Christmas poem, “'Twas the Night Before Christmas.” The lyric music video can be viewed on YouTube.

“Every year, Christmas songs hit the radio like clockwork, and they are always the same ones. We wanted to take one of the oldest, most memorable Christmas tales that everyone knows and loves and put a new spin on it,” said Bald Man. “This Christmas turn up the volume on ‘'Twas’ and not a creature will be stirring, not even a mouse. Trust me.”

Phil X said, “It was fantastic getting back into the studio with Bald Man, Chris, and Brian to record and flesh out this track. I hope fans dig it as much as we do.”

“I set out to create a mix that not only captured Bald Man’s unique sound but also the spirit of the season,” said Lord-Alge. “Merry Christmas, folks.”

In October, Bald Man hit the road for his Hellbilly Hollow-Ween North American Tour, a COVID-19-safe live concert and movie premiere experience in support of his debut studio album, Music For The Rest Of Us, which was also produced by Lord-Alge. Featuring hard rock and heavy metal radio personality Eddie Trunk, the run included 16 show dates making Bald Man one of the few artists to embark on a national tour during the global pandemic with Pollstar noting, “The tour may be the first of its kind since the onset of COVID-19 and resultant shutdown of virtually all concert touring in 2020.”