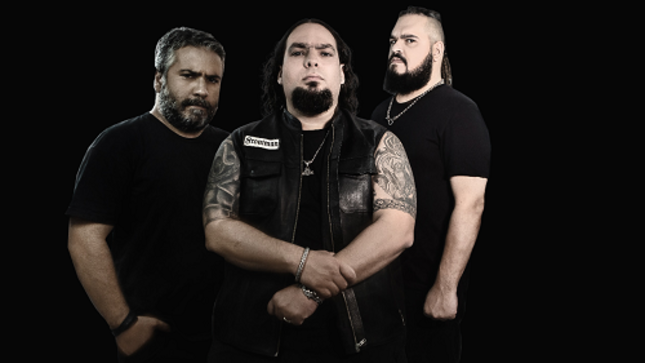 Carnified is one of the veteran forces from the Brazilian extreme metal scene. Formed in 1994 by Alex Oliveira (vocals), Eduardo Araújo (bass), Leonardo Pinheiro (guitars) and Vicente Azevêdo (drums), the group released its first demo, Putrid Development, in 1994. In 1996 the group's music changed, influenced by the British death/doom metal acts, which resulted in their second demo, The Carnification. In 1998 their lineup also expanded, becoming a sextet, with which they recorded their first EP, O Primeiro Elo. With lyrics that tell stories of a world inhabited by gods who envy the human form, in 2001 they released Where The Gods Bleed, their debut album.

In 2005, the group went into a hiatus that ended in 2020. "We wouldn't go back if it weren't for something with real meaning," explained the drummer Vicente Azevêdo. After working on the re-release of their old work, the band, which is now a power trio formed by Dan Loureiro (vocals, bass), Marcos Franco (guitar) and Vicente Azevêdo (drums), is releasing "Nocturna", a single with the goal of going back into their essence.

The single features Sarah Jezebel Deva, a singer known for her work with Cradle Of Filth, Therion and Hecate Enthroned. About this partnership she commented: "It was a great privilege to be invited by Carnified to participate in a song on the new album. I had just bought equipment so I could record at home and they were the first band that approached me while I was learning. recording at home. I love the track, I loved the result and I wish the band lots of success in the future. They deserve it!"