CHARLIE BENANTE Brought To Tears At GENESIS Concert - "I Guess Seeing PHIL COLLINS Sitting And Not Being Phil Was Hard For Me To Watch," Says ANTHRAX Drummer 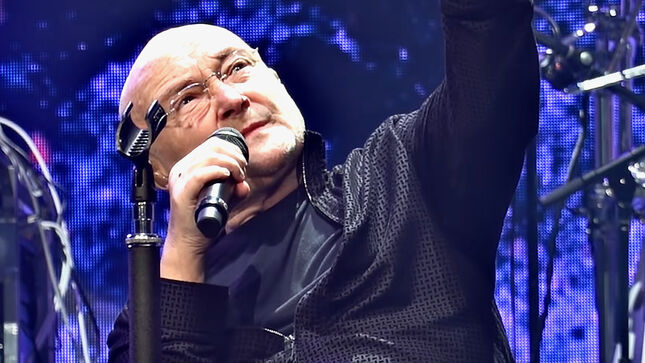 Anthrax drummer, Charlie Benante, was brought to tears when he attended a Genesis concert on Tuesday night (November 16) at Chicago's United Center.

Benante shared the following via social media: "I went to see Genesis last night and had no idea it was going to be such an emotional experience for me. Phil Collins is and will always be an amazing drummer/artist. I think he has created some of the best grooves, fills, etc.

When I saw him come out last night… I started to cry. I’m writing this now feeling that way too. Time had taken a toll, and I realized that time really does fly. The band kicked in and Bam! The water dried up and I was happy again. Something came over me and I just got all emotional.

I used to play Genesis songs in a cover band when I was young, I knew a lot of the parts like the back of my hand. I guess seeing Phil sitting and not being Phil was hard for me to watch. As the show went on Phil got better and better and I actually cried a bit more later on when they did ''Carpet Crawlers'. The band were outstanding #tonybanks #mikerutherford #darylstuermer and Phils son #niccollins killed it on the drums ( like father like son). Go see them if you have a chance. #inspiring #philcollinsrules."