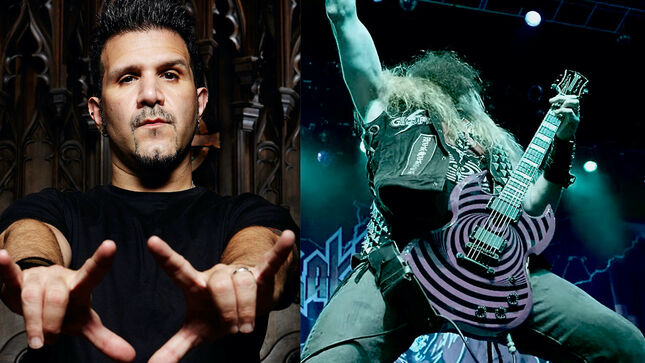 Guitarist Zakk Wylde and Anthrax drummer Charlie Benante will join Phil Anselmo and Rex Brown to tour as Pantera, headlining a number of major festivals across North America and Europe and staging some of their own headline concerts, a source close to the group tells Billboard.

The lineup has been given a green light by the estates of the band’s founders, Vincent “Vinnie Paul” Abbott and “Dimebag” Darrell Abbott, as well as Brown, who last year said Wylde wouldn’t tour with a reunited Pantera if that were to happen. It’s unclear what changed his mind.

Wylde has long been the consensus fill-in for “Dimebag” Darrell due to his relationship with the Abbott brothers and his success and stature in hard rock and heavy metal. Wylde is lead guitarist for Ozzy Osbourne and the founder of Black Label Society.

Wylde was close friends with both “Dimebag” Darrell, who was murdered in 2004 while performing on stage during a show with his band Damageplan in Columbus, Ohio, and Vinnie, who died in 2018 from health complications related to heart disease. Prior to “Dimebag” Darrell’s murder, Wylde played several shows with Damageplan for MTV’s Headbangers Ball tour and performed the second guitar solo on the band’s song “Reborn.”

Wylde is scheduled to tour Europe this summer with Osbourne on his No More Tours 2 outing for approximately seven weeks between early May and mid-June. Originally announced in 2018, the tour was twice delayed due to health issues affecting Osbourne and then rescheduled two other times because of COVID concerns.

Benante’s relationship with Pantera dates back to the mid-1980s, prior to Anselmo joining the group. Benante joined Anthrax in 1983, prior to the release of their debut album Fistful of Metal, and has been the band’s drummer ever since. He’s also a member of crossover thrash band Stormtroopers of Death.

Artist Group International will book Pantera’s North American dates, with Dennis Arfa and Peter Pappalardo as the responsible agents. The band is managed by Scott McGhee of 1 Degree Music Entertainment.