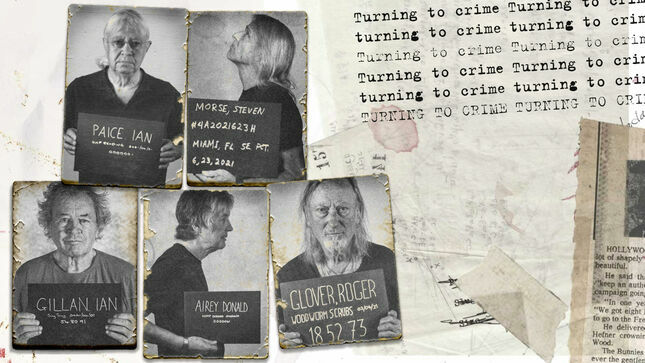 Deep Purple released their new covers album, Turning To Crime, on November 26 (earMUSIC). Bassist Roger Glover spoke with Jim Ryan at Forbes about the record. An excerpt is available below.

Forbes: Some of the songs on this album are songs with which fans have a certain level of familiarity and are accustomed to hearing a certain way. How do you go about taking songs like that and really make them your own?

Glover: "By using your imagination really. We have a great respect for the originals – because it’s the song. That’s the way it was born. But the other part is playing with it – and we do that with love.

Steve and Don did some amazing arrangements. I remember when I first heard Steve’s version of (Fleetwood Mac's) 'Oh Well'. It’s pretty similar to the original recording —and then suddenly he goes off into space. It was like, 'Wow!' And that’s really what we were trying to do.

Not all of the songs are quite as severe as that. Take 'Watching the River Flow'. I was doing 'Watching the River Flow' and I didn’t really want sort of the bluesy version that Bob Dylan did with Leon Russell. I just wanted a different kind of feel to it. And I just hit on that. Actually, I kind of wanted it to be a sort of ska beat. I thought that would be pretty original. But Paicey said, 'I’m not playing ska. Sorry.' He plays what he plays. But it’s great. It was a lot of fun to do, I have to say."